Italy and Spain have played an absolute classic at Wembley this evening, with Roberto Mancini's side squeezing through on penalties.

The second half was a reasonably tense affair, with neither side giving away too much. The second period was a very different affair, with some incredible end-to-end action.

Italy took the lead through a cracker from Federico Chiesa and you assumed they would see out the game from there.

Alvaro Morata popped up in the closing stages to ensure we would require extra time.

However, it was his miss in the shootout that made all the difference as Italy made it through.

On a night that was absolutely full of entertainment, the best bit may have come just before the shootout.

As is tradition, captains Giorgio Chiellini and Jordi Alba had the coin toss to decide who would go first and what end the penalties would take place at.

You would expect plenty of tension, but the Italian had other ideas. He was joking with Alba, pushing him and slapping him in the face when there was a disagreement over who actually won the first toss.

After the whole process was over, he nearly picked up his counterpart and ran away with him.

The coolest man in the stadium, at least until Jorginho stepped up to take that decisive penalty.

How can you not love this Italian team?

They will now face England or Denmark in the final and will likely be favourites regardless of the opposition. After coming through three stern tests in the knockout stages thus far, you certainly wouldn't back against them finishing the job on Sunday.

They would no doubt deserve after their play over the last few weeks. 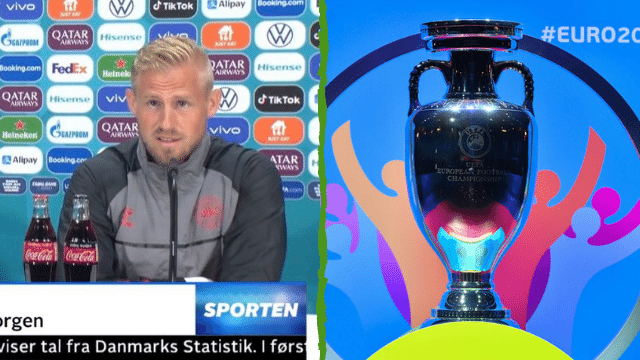 Football
1 month ago
By Jonathan Byrne
90 Arrests Made By Police For England Fan Behaviour At Euro 2020
Football
2 months ago
By Conor Breslin
Bonucci Says Declan Rice Comments Gave Italy Extra Inspiration
Football
3 months ago
By Eoin Harrington
How To Get ITV In Ireland For Live Sport Coverage
Popular on Balls
Football
16 hours ago
By Jonathan Browne
Reports: Solskjaer's Coaching Staff To Stay On At Old Trafford As Rangnick Appointment Confirmed
Snooker
18 hours ago
By PJ Browne
Selby Crashes Out Of UK Championship On Dramatic Respotted Black
Snooker
1 day ago
By PJ Browne
Shaun Murphy Apologises Over Timing Of 'Amateur' Comments
33