Remembering The Time Roy Keane Fought A German In A Hedge

Where we introduce you to a, preferably undiscovered, gem of a football book.

Paul Parker was a nifty but injury-blighted defender for both QPR and Manchester United in the late 80s and early 90s. He is also the proud owner of one of the most unusually titled football autobiographies of all time. 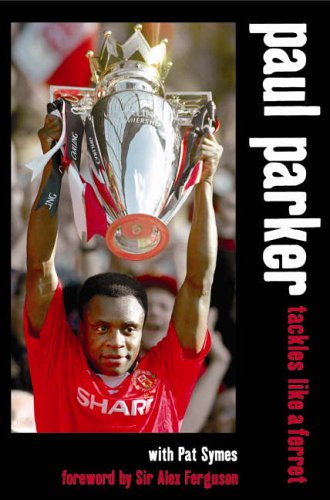 'Paul Parker tackles like a ferret' was released in 2006 to modest levels of fanfare. The book boasts a couple of nice stories. By far the best is a tale from 1993, when a youngish Roy Keane snubbed a lift home from the pub and proceeded to get into a fight with a German in a hedge. Here is that fantastical tale.

Roy loved a drink in the early days, as we all did, and we looked forward to our sessions, after a match or in midweek if there was no match or training to worry about. They would be called bonding sessions in today’s pyschobabble, but we just enjoyed each other’s company and put away an awful lot of alcohol…

But Roy, being the individualist he was, always insisted on walking home. As the rest of us piled into taxis or got lifts, Roy used to set off in the darkness on his own, spurning all offers. We never knew why, perhaps to walk himself sober, but it was a habit that was somehow typical of Roy. On one occasion we had been at Yesterday’s night club, and, at the end of the evening, Roy set off as usual (for) (sic) what must have been as much as seven miles to his home at Alderley Edge.

Next day, Roy showed up for training at the Cliff with his face covered in scratches. He was a bit coy about the reason. Then the police showed up and chatted to Sir Alex before leaving, problem apparently sorted. Only then, did Roy reveal how on the way he’d had a fight with a German in some bushes. The German complained to police, but the matter did not develop and never became public. But that was Roy, abrasive, belligerent, competitive.

That was Roy. And that was 'Paul Parker tackles like a ferret'.