VAR, VAR, bloody VAR! Has there ever been more consternation in football? Well it looks like the VAR bashing train is gathering steam after a frankly comical decision in the first half of Manchester United's game against Huddersfield town in the fifth round of the FA cup this evening.

United were 1-0 up following a goal from Romelu Lukaku, the half was drawing to a close when it looked like United had doubled their advantage, Juan Mata latching onto a ball from Ashley Young, rounding the keeper before slotting home.

The United players reeled away in celebration but referee Kevin Friend decided to seek confirmation from VAR that the goal was legitimate. After consulting with VAR Kevin Friend ruled that Juan Mata was offside and the goal was chalked off.

When BT went back to the studio Jake Humphreys and Robbie Savage were astounded at the decision ,the Welsh man particularly perturbed:

Humphreys then took his turn to have a go at the introduction of VAR:

This technology's coming in we're all doing our best to embrace it and try and have it as the future of football and then something like this happens.

Humphreys then came out with a sentence that really encapsulates the ridiculousness of the whole situation:

What were those wobbly lines being doing looked at in the first place?

In a message delivered to the BT studio Neil Swarbrick stated that he and his team did in fact have access to straight lines but even then the decision looks very tight. 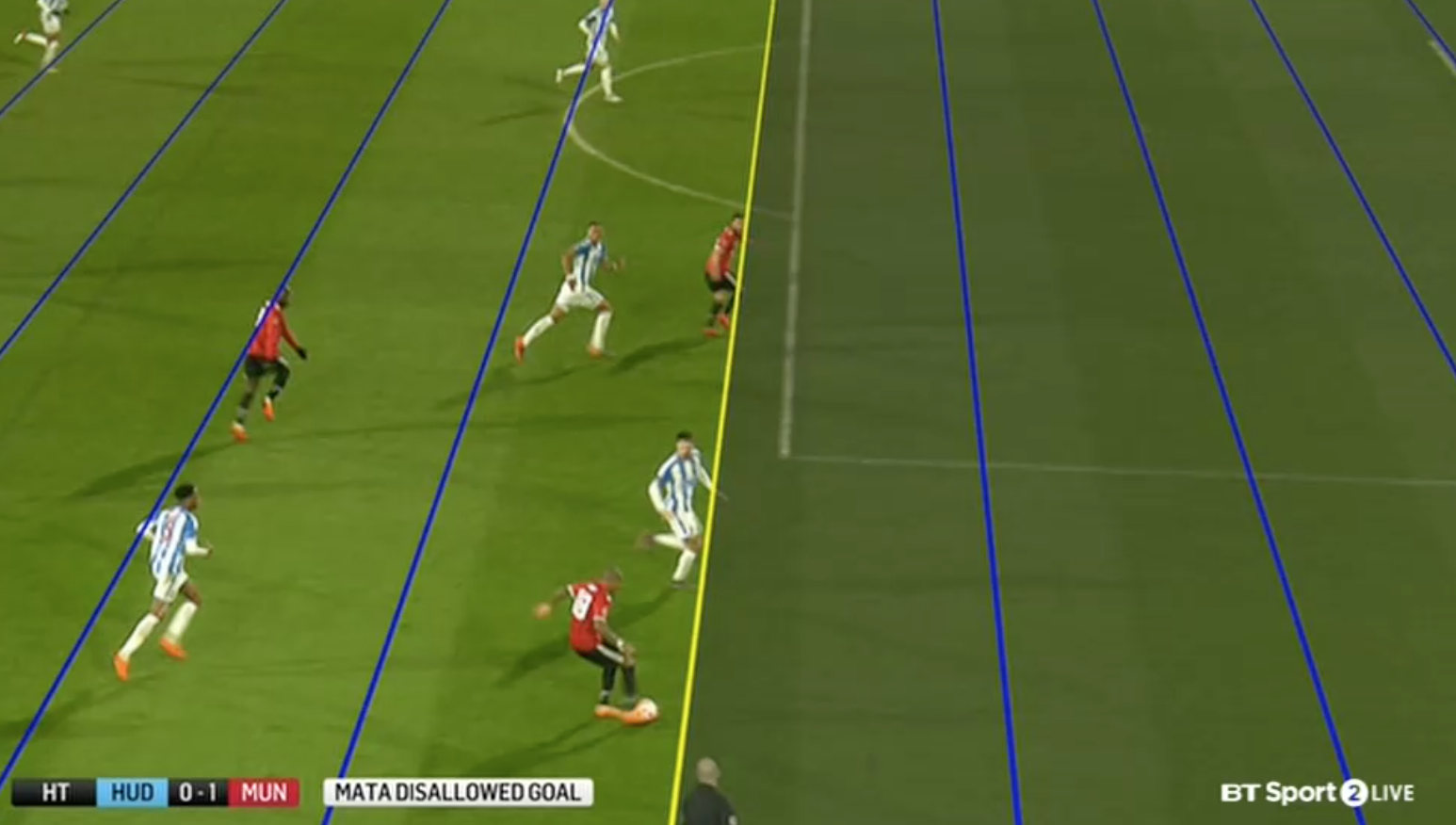 From these images it looks like Mata's knee may be just offside but it's very marginal.

Predictably the VAR bashers were coming out of the woodwork in the wake of the decision:

'We don't need it!' - @Joey7Barton slams VAR after Manchester United have goal disallowed during FA Cup tie at Huddersfieldhttps://t.co/viE4x5MdbB pic.twitter.com/rsaZD6HDM3

VAR is fucking shit. Not just saying it because it cost United a goal. Terrible for the game. Can't celebrate a goal fully until 5 minutes later and the moment is gone.

Is VAR done with Microsoft paint?!

Juan Mata was onside and VAR is a disgrace. Pass it on.

VAR is absolute dog turd. Takes too long to make a decision. Mata deserved a goal for his efforts this half. Absolute crap. Crap crap crap! VAR is a joke.

So another tumultuous day for VAR. The bedding in process has already had it's fair share of controversial moments and we can only hope that the longer it's used the more kinks can be ironed out and em... lines straightened.