Liam Brady said that Ireland were a long ball team last night, a declaration that should have been superfluous but one which no doubt distresses Eamon Dunphy greatly. You see, Liam is urging acceptance to this reality, while Eamo rails against it.

The UEFA stats, released at full-time, paint a grim picture.

Unlike in the Charlton era, UEFA compile stats on this sort of minutia these days. God knows what the passing stats would have been for the Ireland-England game in Cagliari - for both teams?

Completing less than 100 passes in a game is quite an achievement. Our completion rate might convince us to try and pass the ball even less in the future.

There's more to life than statistics and we're certain the bald numbers don't provide the full picture. But these leap out nonetheless.

There is this. Pass completion stats aren't everything.

In mitigation, the pitch was pisspoor, though the Serbians, on the evidence of the stats, managed well enough.

Ireland were placed 21st in pass completion rates at the Euros. The numbers in terms of actual passes attempted aren't reflected by the table as some teams played more matches than others.

Nonetheless, our completion rate was well down last night, from 77% in the Euros to 68% last night, indicating that the pitch may have had an impact on us. 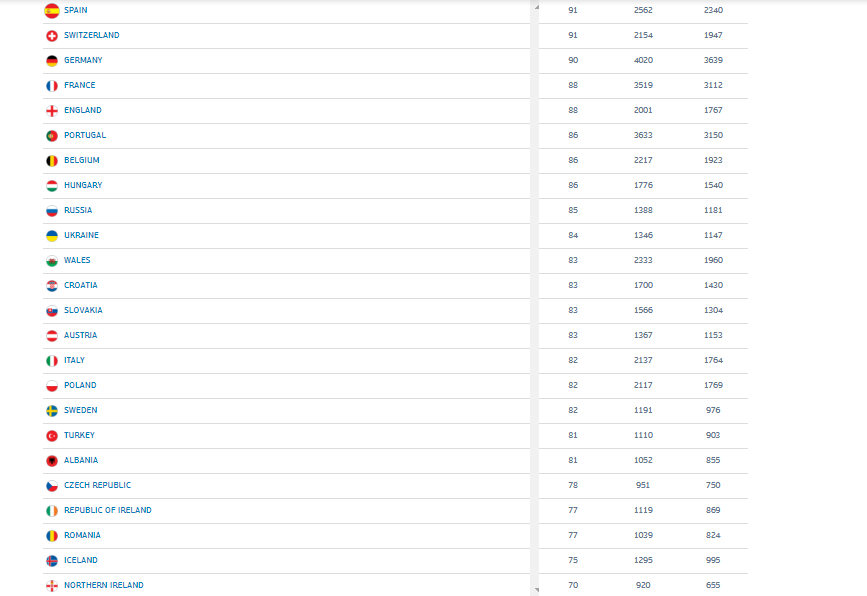 The stats around 'passing types', which divide up passes into short, mid-range, and long passes indicate that Liam Brady's assertion that Ireland hadn't really altered their approach in the Euros would appear to be sound. 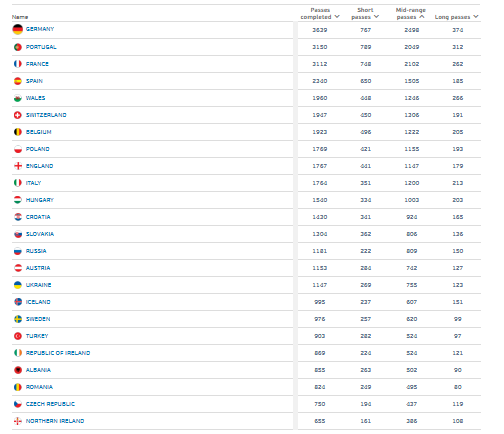