Stephen Ireland knew his days at Manchester City were numbered when Roberto Mancini replaced Mark Hughes as manager in December 2009.

The previous season had been the best of the Corkman's career, one which saw him named City's Player of the Season.

"He was just arguing with people for no reason. He was just rude. You'd say 'good morning' and he'd say nothing back. It was just hard work. It seemed like it was all on purpose. I don't hold anything against the guy to this day. If I saw him now, I'd say hello.

"There was just no freedom to the play. It was very tough to adjust. I think it took me a good two seasons to wean myself off the stuff that he thought me. He restricted me.

"He want to play two touch, and safe, sideways. He would talk you through every moment on the pitch until you kicked it into the net. That's what he wanted on matchday. For a while, I was playing this Busquets style of play, and that's never been me.

"I felt like Mancini stripped my confidence away. He'd make me sit on the bench for six games, on the seventh game he'd go, 'Right, we're starting you right wing, and if you don't get goals by half-time, you're off'. He would, if I didn't get two goals, I was off."

Ireland left City - a club he been with since his teens - for Aston Villa in August 2010.

"I don’t want to be there [at Aston Villa] at all," said Ireland.

"I felt forced out. I felt like I was actually shafted. I felt the height of disrespect from Man City as they didn’t even give me a goodbye, or 'thanks for everything and good luck' - I felt heartbroken.

"I did not want to be at Villa, and I was really nervous about going to Villa because I felt like it was not for me, that 'I am not suited to this club.'

"I didn’t have a leg to stand on. They were working a deal to get James Milner in. On reflection, I should have done things differently.

"I had the option to go to Valencia or Villarreal, and at that time, Villarreal were really good. They had [Santi] Cazorla.

"I remember sitting with my accountant in the office, and I had to go and sign the papers. We went back up to reception, and Richard Dunne was there welcoming me, and I thought, ‘Ah no, I don’t want to see his face, right here, right now’ because I was on the verge of pulling the plug on the deal.

"I said to my accountant, 'I'm not feeling good about this deal, I am not sure I should go through with it'. Because Dunny was there and the pressure from everybody, I just went through with it. I just knew it wasn't right for me." 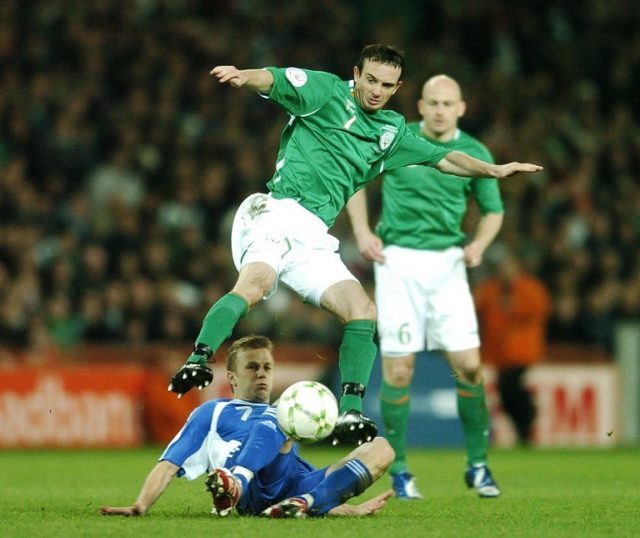 Ireland looks back and thinks the Villa that he signed for was an "absolute shambles".

"I signed there at five o'clock," he said.

"Martin O'Neill resigns at 11 o'clock. I think it was 10:30, 11 o'clock at night, I was sitting having some food in the hotel room, and I see the yellow bar on Sky Sports that Martin O'Neill has resigned.

"Then a caretaker manager comes in and we get leathered every game. He gets out of there, [Gerard] Houllier comes in and he was like, 'I didn't sign you, so I don't want you here'.

"Before I know it, I'm playing reserves and training on my own. I've done nothing wrong, didn't have any interaction with the guy. Then I'm at Newcastle on loan. I'm like, 'What is actually going on here?'"

In the summer of 2011, Houllier was replaced by Alex McLeish.

"I remember him saying to me that, 'You're too good to be here'. I was like, 'What do you want me to do with that?'" recalled Ireland.

"I asked the doctor at the club who he brought in, 'Is he serious?' He was like, 'Yeah, he keeps saying that because you're playing too quick, and everyone isn't on the same page or wavelength as you, you're making the team vulnerable, getting counter-attacked. We just want to get it down the channels and win the percentages'.

"I was like, 'What am I meant to do with that? Ring up clubs and go, 'Will you take me because I'm too good to be here?'

"I spent three-and-a-half months as the victim of that."

Stephen Ireland thinks he was 'wasted' by Aston Villa

On New Year's Eve 2011, after Darren Bent had deemed himself unfit the start a game against Chelsea, Ireland got a late call from McLeish to say he'd be starting that afternoon.

"I was like, 'No problem. I'm leaving in January anyway. Nothing to lose'. I went out, had to game of my life, absolutely everything came off. We won 3-1. I got Man of the Match, scored and set up a couple. I played great because I had no fear.

"Then I stayed in the team for the rest of the season, and got Player of the Year. Then McLeish got the sack, [Paul] Lambert came in."

The 2012/13 season at Villa started well for Ireland but he suffered an injury early in the season which cost him his place in the team, and ultimately his place at the club.

"Lambert loved me when he came in first pre-season. The first five or six games of the season, I was flying under him. I kept knocking on his door, and he was like, 'You again! Everyone keeps telling me that you're this kind of guy. I can't believe that you are so much the opposite to what I expected. You're in here all the time complaining about not playing or complaining about training not being good enough. I didn't know that you were this involved'.

"I said, 'I want to win. I want to play'. After about eight games, I broke my arm in a game. Then they went on a decent enough run where they won a couple and drew, lost one, beat Liverpool at Anfield.

"I remember I came back from my broken arm and he said, 'Look, we've won without you, so we don't need you. I've been instructed by the owners to make you train on your own. Hopefully, when January comes, you can find yourself a new club'. 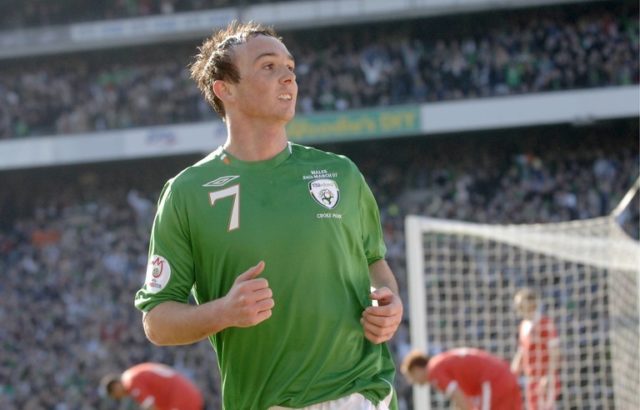 "I was seven or eight pitches away, training on my own. He goes, 'Here's a couple of balls. Go down and do some keep ups, or take the crossbar challenge'.

"I'd have Saturday, Sunday, Monday off. Come in Tuesday, do that. Have Wednesday off. Do it Thursday. Don't come in Friday because the media could be driving past seeing me, and could be asking the gaffer questions. I was getting paid to come in Tuesday and Thursday.

"I went in to him. He just said it was out of his hands, 'This is all in the control of Randy Lerner. He wants you off the wage bill'.

"Me Darren Bent, Alan Hutton, Shay Given - there were about 15 of us - came back one pre-season, and we weren't in the locker room anymore.

"We were moved down to some academy side of the building. We were told that we were in something called 'The Bomb Squad'.

"The club said it was [Paul Lambert's] decision, and then he said it was the club's decision. He probably didn't want to be the face of it. They were saying that it was because they wanted to take us off the wage bill, but they were paying for us to be in the Bomb Squad - it made no sense.

Ireland moved to Stoke, initially on loan, in September 2013, before making the move permanent in the January 2014 window.

"It's a shame really," Ireland said about his time at Aston Villa.

See Also: Rio Ferdinand Claims He Would Not Speak To Phil Jones If They Were Teammates 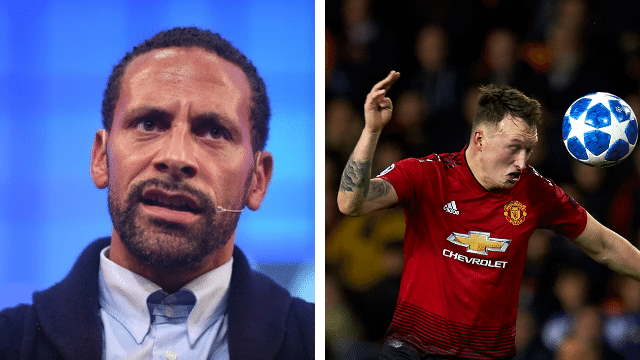