Stephen Kenny Is Taking The Positives From Hugely Frustrating 2020

It's safe to say 2020 hasn't turned out the way Stephen Kenny had envisaged. Entering the Ireland job on a wave of goodwill, the team have now gone eight games under his stewardship without a victory.

Of course, there have been some mitigating factors that have contributed to that run. Ireland have experienced a scarcely believable run of injuries and coronavirus related absences, all of which have had an impact.

This has no doubt had an effect on results, but it has also presented opportunities for players who otherwise may not have gotten them.

Three players started a competitive match for the first time tonight, with Jason Knight, Ronan Curtis, and Ryan Manning all accounting themselves well.

Speaking to members of the media after the game, Kenny said that while the circumstances have made his job more difficult, he was happy to see some players grab their opportunities with both hands.

It was very important we weren't relegated (to League C of Nations League). It's not something to celebrate.

The tough play-off draw to Slovakia was the big games for us. Obviously we performed brilliantly in the game and got beaten on penalties.

We've used the Nations League to blood a lot of players, some by design and some because we've had an inordinate number of players ruled out for a variety of reasons.

That will stand us well in the future for sure. It gives us more options...

Having said that, some players have really put themselves into contention to challenge for places. That's what we will need because we could have injuries in March as well, you don't know how things will go.

I think we need to have a greater pool to pick from and we are developing that now. 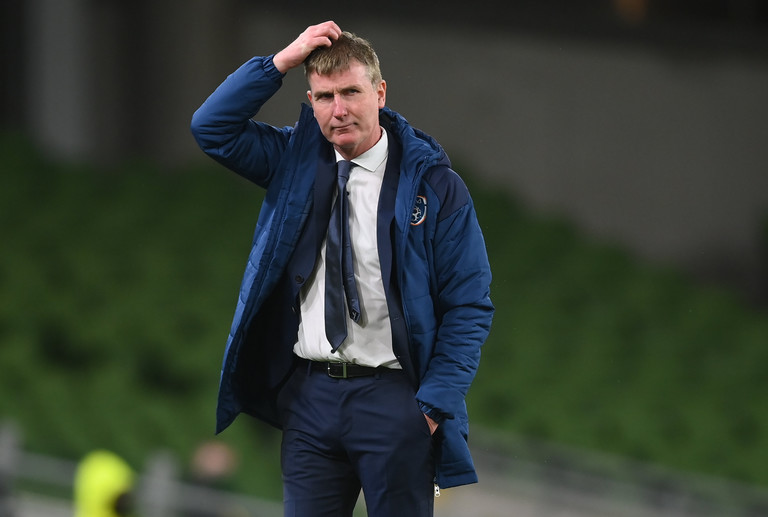 It's safe to say Kenny will be hoping that 2021 will be kinder on a personal and team level.

Of the 26 players he named in his original squad for this international break, 13 were unavailable for the Bulgaria game for various reasons. That is an incredible number, one which had a major impact on the way the team performed.

The first few games in the Kenny reign, when he was playing with a near full deck, showed signs of promise. The team passed the ball well and created chances.

That has stagnated as a result of the missing personnel. Kenny admitted he hasn't been able to implement many of the plans he had going into the job, but he is proud of the effort of the players.

It's not something I have ever envisaged. I had all these great ideas coming in. We had plans on how to manage things, it just wasn't possible.

We had meetings right throughout the night in relation to the Covid issues we were dealing with players, their families, what they were dealign with. There were literally meetings through the night regularly. It was really intensive.

It is what it is. The main thing is the safety of the players and their families. Everything else we can live with.

For us, we were encouraged by some of the individual performances over the last week. Players really love playing for their country and they gave everything. I know we didn't play well in the first half tonight and they were quite frustrated.

In the second half they played really well. I think Jason Knight, for a teenager coming n for his home debut, was really excellent. That's one of the things about some of the players coming through, they've got a great mentality, they're proper men.

Onto bigger and better things in 2021. 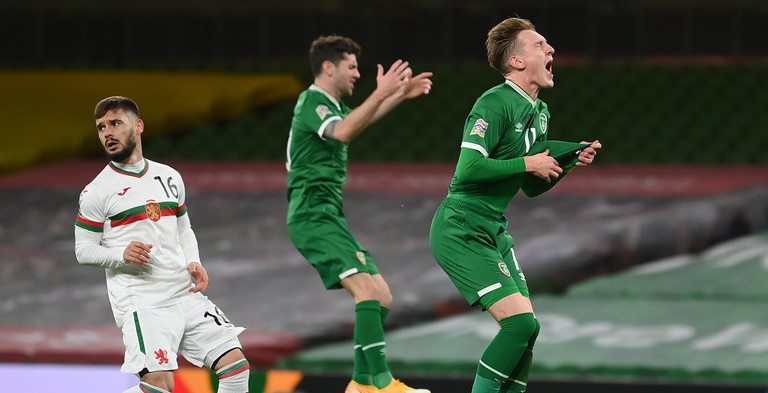