﻿Two roads diverged in a wood, and I—I took the one less travelled by, And that has made all the difference.

Robert Frost's seminal poem 'The Road Less Taken' is, as far as we're aware, not about football management.

Although, it does tell us about going against the status quo. The safety of the well-trodden path means nothing if the alternative is better-suited, the alternative only needs a chance.

Irish football is a strange beast.

In fact, Irish culture at large often seeks outside validation before praising our own. Or, at the very least, believing in ourselves and our own.

You're nobody until they say you're somebody.

That somebody, in footballing terms, is more often than not English football. It's the barometer that we measure our stakeholders by. Well, at least it used to be.

Stephen Kenny, after 26 years in football management, is now the Ireland manager.

The 26 years isn't all professional experience, rather flowing from the amateur ranks, through semi-professional and subsequent full-time League of Ireland football, a gap year at Dunfermline and a year in the U-21 hot seat.

Of course, he'll be likened to one of his predecessors above all else. Brian Kerr's managerial background before taking the Ireland job was rooted in domestic football, leading St Patrick's Athletic to become the team of the 90s in the League of Ireland.

But Kerr spent 7 years in the FAI's clutches, leading Ireland's underage charges to unprecedented success. Kenny has only 12 games as Ireland U-21 boss on his CV. 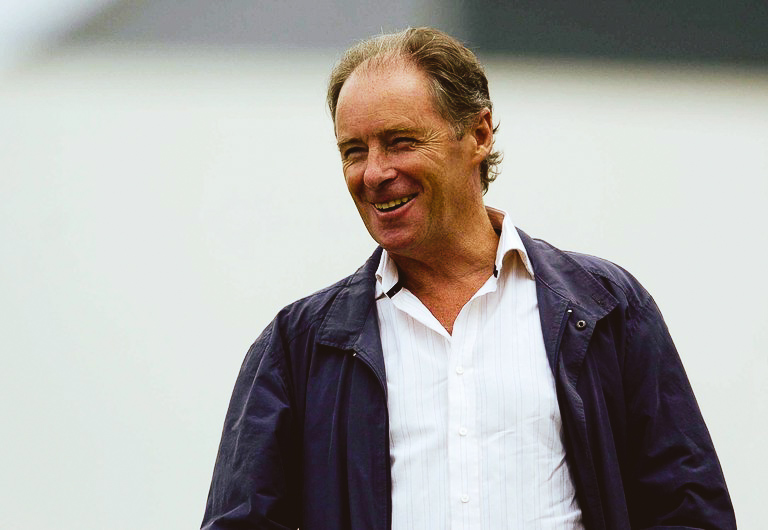 The ties to Kerr go deeper than just looking at their experiences in management. Kerr signed Kenny from Belvedere, although Kenny never made it out of the reserves at the Inchicore outfit, leaving for Home Farm. However, that Pat's reserve side ended up being Kenny's first pseudo-managerial experience in the League of Ireland, leading Pat's reserves to an AUL title. Though, it was between Kenny's playing spell at Home Farm and his return to Inchicore when Kenny first showcased the ambition that has earmarked his career.

In an interview with Paul Kimmage, Kenny outlined his plans for Tallaght Town in the mid-90s, after he took over as player-manager.

I went to Tallaght and the goal was to get them to the League of Ireland. There were 100,000 people living in Tallaght; the League was getting crowds of two/three thousand and I believed we had the potential to be bigger than that.

I invited the 11 best players in the region around to my house and gave them a cup of tea: "Right!" I said. "We're going to win three promotions. We're going to the League of Ireland. We'll get the investment. This is where we're from!" I had a vision for what I wanted.

Although he states that it was never a 'grand ambition', these outside the box ideals led him to become Longford Town manager at age 26. Kenny requested an interview with the club, and brought with him 'a dossier on the midland club, said he had a clutch of decent youngish players under his wing and declared his desire to manage Longford Town.'

His enthusiasm blew the non-existent competition away. 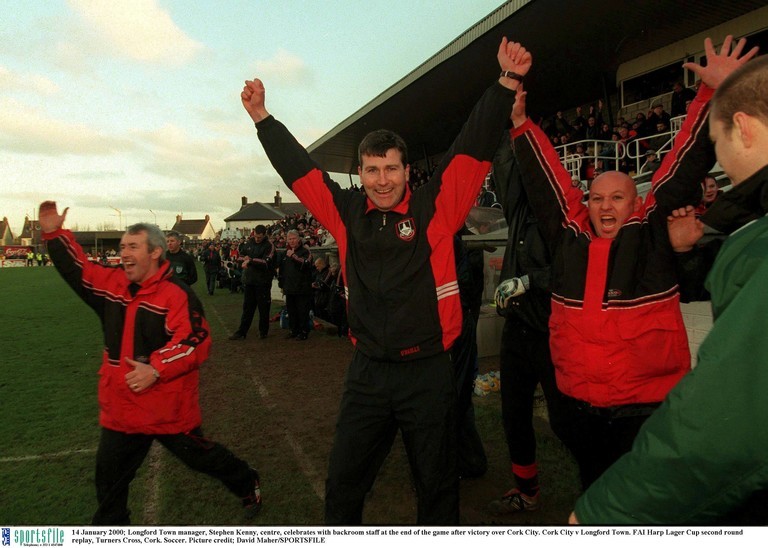 It's safe to say that Longford Town wouldn't be the club it is today without Stephen Kenny's appointment in 1998. The club's stadium, which is now known as Bishopsgate but will forever be the 'Flan Siro', underwent a massive renovation in 2001 all thanks to Kenny's side becoming a mainstay in the Premier Division, reaching an FAI Cup final in the process. Although Kenny didn't stick around for the two FAI Cup wins and a League Cup victory, he was instrumental in galvanising the club.

His next stop was Bohemians, the victors in that 2001 FAI Cup final against Kenny's Longford. Kenny and his family had to make a huge sacrifice in order to take the job. Alongside his duties as Longford Town manager, Kenny was also working in his father's meat production company. His wife was working in IT. Taking on the Bohs job meant packing in the business and his wife leaving her career to look after their two young kids.

READ MORE ON BULGARIA VS. IRELAND:

Kenny's time at Dalymount Park was an eventual success, winning the league in 2003 in a shortened season to facilitate summer football. However, he lost another FAI Cup final in 2002, losing out to a Garry Haylock-inspired Dundalk side that had already been relegated from the Premier Division.

In 2004, however, Kenny found out just how precarious football management is. Despite being second in the league, in the final of the League Cup and in the quarter-finals of the FAI Cup, the board of Bohs made the decision to relieve Kenny of his duties, just one day after losing to Litex Lovech of Bulgaria in the UEFA Cup.
Three years after abandoning three sources of income to take the reigns at Dalymount, Kenny and his family were left in the lurch.

Three weeks later, Kenny returned to management after Derry City had parted company with Gavin Dykes. Kenny immediately got his mojo back, transforming the club from relegation-fodder to challenging for the title. He oversaw historic European victories over the likes of Gothenburg and Gretna in the 2006 season, which saw the Candystripes narrowly defeated by PSG over two legs in the First Round of the UEFA Cup. They also won back-to-back League Cups in 2005 and 2006.

The highlight of his reign was a 4-3 victory over St Patrick's Athletic in the FAI Cup Final, the last football match played at the old Lansdowne Road. It's widely considered one of the greatest cup finals ever, despite the awful conditions. Of course, it's either that or Stuey Byrne's post-match interview.

By that stage, Kenny had agreed to his next move. He was to move to Dunfermline at the end of the League of Ireland season. The club were marooned at the bottom of the Scottish Premiership by the time he took over. Kenny expresses that his plan was to do well at Dunfermline then get a job south of the border.

Kenny read Jock Stein's autobiography, who famously won the cup with Dunfermline and kept them in the top division. However, Kenny wasn't to be the second-coming of Stein at East End Park, succumbing to relegation on the final day of the season. Though, he did manage to get them to a Scottish Cup final, unfortunately losing 1-0 to Celtic.

By the middle of next season, Kenny reign at Dunfermline was over. Indifferent league form led to his dismissal, and although Kenny was not averse to the perils of football management, the report of his dismissal from the Daily Record makes for grim reading.

Stephen Kenny was sacked in the middle of a tub-thumping oratory aimed at restoring morale to his troubled Dunfermline squad.

The Irishman ended up on the verge of tears when chairman John Yorkston knocked on the door of the Jock Stein Suite yesterday to tell him his time was up — less than 24 hours after he was assured the board still had faith in his abilities.

Within a month, Kenny was back at the Brandywell for another spell in charge of Derry City. His second spell saw another two League Cup wins, although it was also mired in controversy as the Candystripes were demoted to the First Division due to financial irregularities.

However, Kenny stayed on, bringing Derry back to the Premier Division at the first time of asking, bringing through the likes of James McClean in the process.

After one more season at the Brandywell, Kenny was chosen as Michael O’Neill’s replacement at Shamrock Rovers. 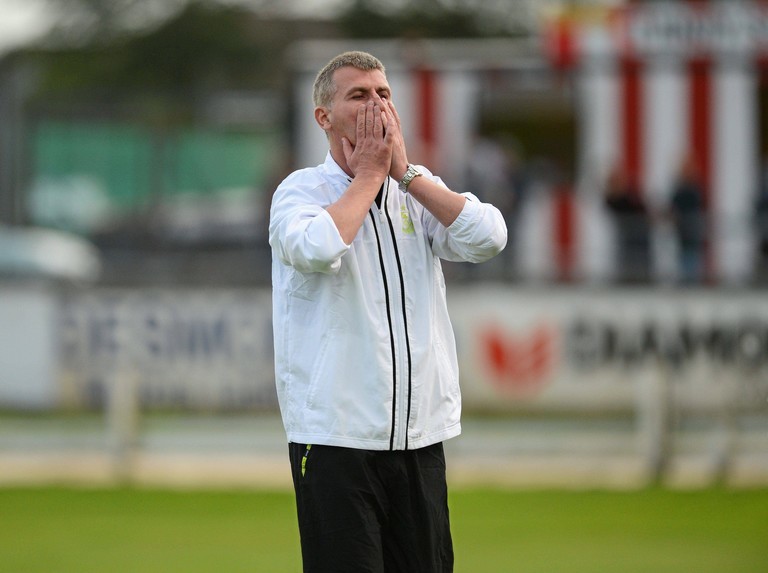 The task was daunting, with Rovers winning two leagues in a row and becoming the first Irish club to reach the group stages of the Europa League in 2011.

Despite signing the likes of Killian Brennan and Graham Gartland, his Rovers team faltered throughout the year, losing convincingly in Dublin derbies against St Pat’s and Bohs. His side also lost to Lithuanian outfit Ekranas in the Champions League and were beaten 3-1 at home in the League Cup final against Drogheda.

Kenny, in what he calls his ‘lowest moment in football’, was dismissed as Rovers manager following a defeat to Bohemians.

Kenny then took a period of time to reflect, eventually returning to the game with Dundalk for the start of the 2013 League of Ireland season.

Dundalk had righted a ship that had seen them on the brink of extinction just one year previous, needing a play-off against Waterford just to stay in the Premier Division.

Kenny’s reign at Dundalk is well-documented. In his six seasons at the helm at Oriel Park, the Lilywhites won four league titles, two FAI Cups, three League Cups, a Leinster Senior Cup and a President’s Cup.

This dynasty, much like his tenure at Longford Town, has lasted beyond Kenny leaving the Lilywhites. His assistant Vinny Perth won another league title with the club last season.

Kenny’s recruitment saw the likes of Richie Towell, Daryl Horgan, Andy Boyle and Patrick McEleney flourish. However, it was his ability to get the most out of the likes of Chris Shields, John Mountney, Brian Gartland and Dane Massey which is the most inspiring aspect of all.

Managing to bring that group of players to the group stages of the Europa League is no mean feat. Furthermore, historic European nights against BATE Borisov and Maccabi Tel-Aviv, in Tallaght Stadium of all places, cement Kenny’s legacy as one of the League of Ireland’s greatest ever managers.

Which is why, in late 2018, there was a clamber to see him appointed as Ireland manager following Martin O’Neill’s departure.

Two of his former clubs, St Pat’s and Derry, issued statements backing the Dundalk boss to take over the top job.

Unfortunately, Stephen Kenny, despite doing it consistently in their own back garden and on European adventures, hadn't done enough for the FAI to warrant getting the senior job. Kenny, of course, went after the senior job. He was rebuffed, but promised that the top job would be his eventually, he’d just have to wait in the wings with the U-21s.

The senior job went to Mick McCarthy, an experienced and safe hire.

The succession plan between McCarthy and Kenny was always going to cause headaches, but Kenny remained steadfast in his approach. He didn’t step on any toes, but consistently stated that the senior job was his come August 1. 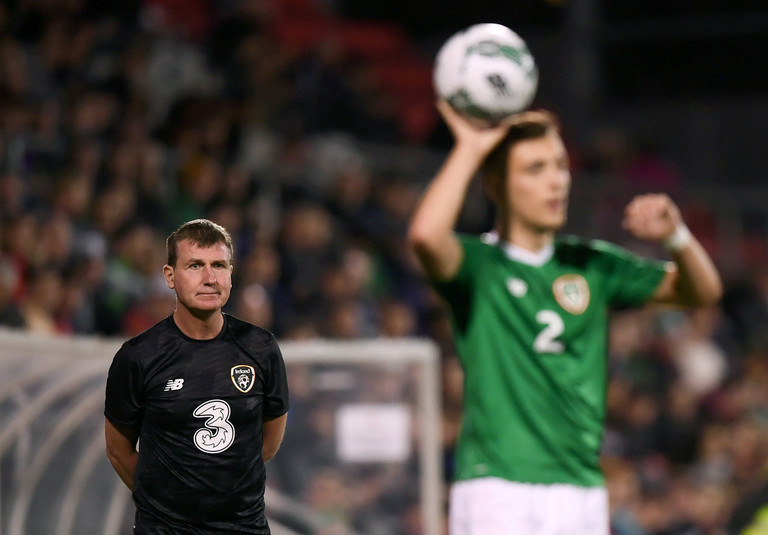 He didn’t shirk his responsibilities with the U-21s, though. Rather, he inspired a generation of talent, not seen by Irish eyes for some time, to play expansive and entertaining football, just like he had done throughout his career. He allowed the likes of Troy Parrott and Jayson Molumby to flourish in his system, losing just two matches in his tenure before his elevation to senior manager.

Those players know now what to expect from their senior international manager.

Kevin Kilbane, when the succession plan was announced, said that Stephen Kenny would have a tough time commanding the Ireland dressing room.

You’re nobody, until they say you’re somebody.

This could be the case, but Kenny is unflappable when it comes to issues like that should they arise.

They say once you get the results people don’t care, but I think when (the game) is played a certain way they get even more joy. Can we achieve that? Because there’s a lot of scepticism that we don’t have the players, but (for me) it’s a state of mind.

Players, ultimately, want to play that way. Supporters want to see it played that way. And I know I’ll be defined by results but I’m confident, whether I succeed or fail, that I’m not going to compromise.

SEE ALSO: Stephen Kenny Is Ready To Make The Changes That Too Many Irish Managers Have Failed To 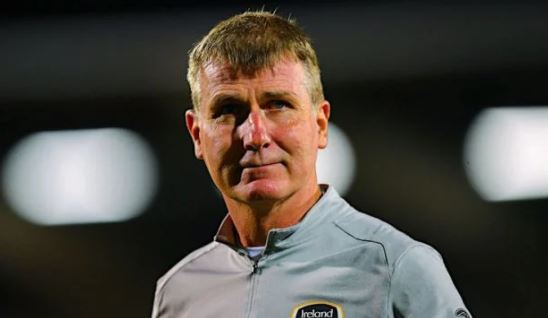 Football
2 years ago
By PJ Browne
'He Is OK As He Is Used To It, But His Mother Isn’t Taking It Too Well'
4