Stephen Kenny says Aaron Connolly's absence from the Ireland squad for the upcoming World Cup qualifiers against Portugal and Luxembourg is due to a heel injury.

"I went to watch Aaron and Shane Duffy play last week for Brighton against Leicester in the Carabao Cup," the Ireland manager said during a press conference on Thursday.

"It was great to see him get 90 minutes because he hasn't had that over the last fair period of his career.

"To be honest with you, he's had a heel issue since then. He missed a league game last week. He hasn't been able to train at the moment. On that basis, he's been left out."

Shortly before Kenny's press conference, Brighton manager Graham Potter said the heel injury which Connolly sustained during the League Cup game against Leicester was "minor". He added that the striker's absence from the Ireland squad was Stephen Kenny's decision.

"I imagine he'll be frustrated and disappointed not to play for his country, because he wants to do that," said Potter.

"At the same time, he'll respect the decision of Stephen. Again, that's life. You have to perform, you have to play, you have to accept that the coach makes those decisions. That's what Aaron does."

Asked about Potter's comments, Kenny said he and Connolly had mutually come to the decision that he would not be ready for the qualifiers.

"I spoke to Graham midweek. I have a good relationship with Graham," said Kenny.

"I spoke to Aaron yesterday, and we both decided that he didn't feel he was really right because he hasn't been training. Technically, he could be available next Thursday for selection but he hasn't been able to train. He feels sore."

Kenny also addressed Gavin Kilkenny's inclusion in the Ireland U21 squad rather than the senior group. The midfielder has been in excellent form for Bournemouth this season, and many had thought he'd be rewarded with a senior call-up.

"He's having a very good season but the midfield area is very competitive at the moment. Alan Browne is coming back in. He played well last night with Preston beating Bournemouth. Jayson Molumby is coming back in.

"In that area, Jack Taylor hasn't made it, and he's been really good for Peterborough this year. He's someone that has done really well.

"Gavin, the U21 games will be great for him. He'll have every chances in the future [of making the Ireland squad]." 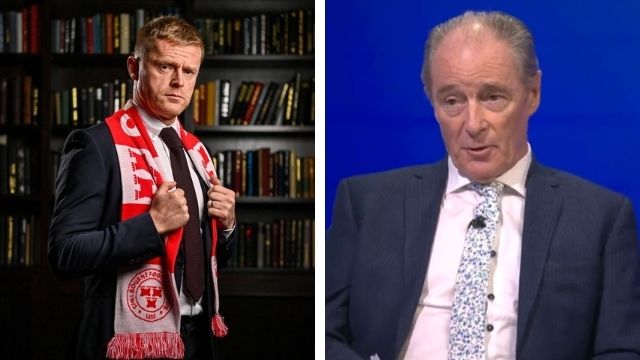