Stephen Kenny has clarified that Aaron Connolly and Adam Idah were both unable to participate in Ireland's European Championships playoff against Slovakia as they were deemed close contacts to a member of his backroom team who had tested for Covid-19.

The FAI announced 35 minutes before kick-off on Thursday that a second member of the Ireland backroom team had tested positive for Covid-19 on Wednesday.

Connolly and Idah had both been named in the Ireland teamsheet for the game but Kenny revealed before the match that they would not even be on the bench.

"We have different rules in Ireland than you do in the UK," Kenny told Sky Sports in a post-match interview following Ireland's loss in a penalty shootout.

They're much more stringent. They would be deemed close contacts to one of our non-footballing staff. It's very, very harsh. They were ruled out. They're perfectly fine. There's nothing wrong with them.

The two metre rule, I believe it's not in the UK. If they'd been in the UK, they would have been perfectly entitled to play.

Ireland has more stringent rules. We had to abide by the medical advice.

Kenny said that Ireland had appealed the decision.

"We did know earlier but there was an appeal," said Kenny.

"We appealed on the basis of 1.7m as opposed to 1.9m. That's how far they were away, as opposed to two metres which would have made them OK. That wasn't deemed sufficient. That's the way it goes. We can't do anything about that. The two lads are fine. They feel fine."

Kenny added that there are no issues with other Ireland players. His side still have two games to play in the Nations League during this international window.

"We have no other issues in the camp," said Kenny.

"It's an issue with a non-footballing member of the staff. It was one of the rules that we had to adhere to and that was it." 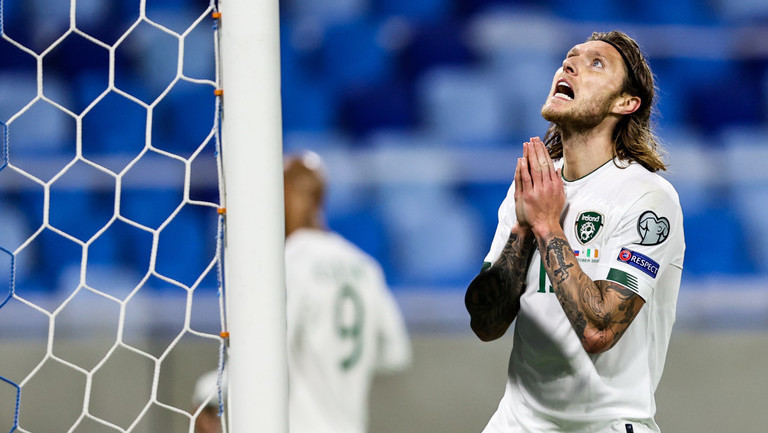