The Brian Kerr and Stephen Kenny Eras: Some Similarities But Some Vast Differences

Two likeable and humble men who didn’t carve out successful footballing careers, who managed Ireland without experience coaching in England like many of their predecessors.

Two managers who missed out on World Cup qualification play-off spots while managing the senior team.

One went winless for 11 games in charge of a side that took only seven points from four games against Luxembourg and Azerbaijan. He will more than likely be handed a new contract.

The other dominated a French team in Paris that would reach the World Cup final two years later. His team missed the playoffs by a point. He would receive a letter in the post at the end of his campaign notifying him that his services were no longer required, and requesting that he return the company car.

This is all true but only tells a fraction of the story. In reality, the Brian Kerr and Stephen Kenny eras are vastly different.

Throughout the World Cup qualifying campaign that just passed, Brian Kerr was one of the most consistent critics of the Ireland manager. While there has been a regular chorus of criticism for Kenny from stalwarts of Ireland's World Cup teams - Cascarino, McGrath, Aldridge to name three - one might have thought Kerr would be sympathetic to Kenny's approach and intentions.

After Ireland’s courageous 2-1 loss in Faro, in a season where Ronaldo scoring last-minute winners seems more like a pre-ordained inevitability than the fault of any manager, Kerr offered sobering analysis. He said after the game that it was results that mattered that “you don’t get a lot of sympathy when you lose matches... we saw the table there briefly and in my view we're out of contention for the World Cup after three games."

After the 1-1 draw at home to Serbia a week later, Kerr described the game as "a hard watch" and a match where "we got battered for 85 minutes". It was a good result for Ireland, but Kerr wanted more, he wanted the result and the performance.

But the the Kenny era is different, and the environment which he has been thrown into puts his reign in a different context. 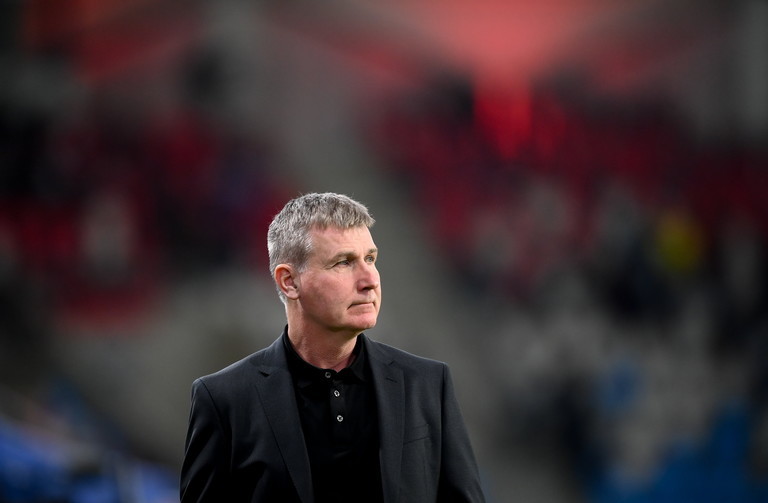 Interestingly, Kerr has acknowledged as much in his punditry.

Kerr knows the FAI’s failings better than anyone. He was one of the most vocal and articulate critics of John Delaney's term as FAI CEO and its ruinous effect on Irish football, from the bottom up.

Speaking on Virgin after the Luxembourg loss in March, he was sympathetic towards Kenny, blaming the actions of the FAI when he said,

“Tonight isn’t just down to Stephen’s fault or the team’s fault, this has been coming for a good while. This is the fault of a lack of a proper player development structure and lack of a coaching structure in Ireland for many years. There’s been a dearth of talent coming through for the teams. Suddenly Stephen is pouring players into the senior team from the u21s that were successful for him for about a year, who aren’t ready.”

One week he seems well aware of the vast challenges Kenny is working under, the next his analysis bursts the bubble of positivity after a promising Ireland performance.

One of his constant critiques of Kenny has been aimed towards his selection of young players whom Kerr feels are not ready for international football, which is interesting given the plethora of talent Kerr had to choose from when he was in charge.

But how much is Kerr's criticism of Kenny is informed by his experience as Ireland manger?

It is, of course, true that his opinions on the old FAI regime are valid. It is a topic that has dominated domestic football over recent years with unanimous criticism of how the organisation was run under the disgraced John Delaney.

The situation Brian Kerr found himself in when he took over the Irish team two games into qualification for Euro 2004, was a favourable one for the Dubliner. He had a talented group of players to choose from, and he was blessed with comparatively easy groups. He also received a relatively free-pass for his first campaign given that he was taking over after two matches, and having to deal with the hangover from Saipan. 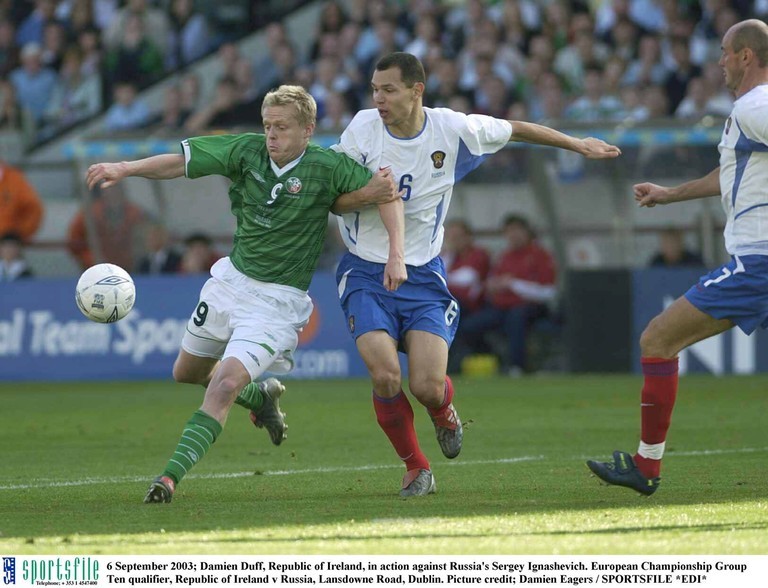 This 'free-pass' was a fair deal as every manager has a moving in phase and needs time to adjust, but it was also badly needed. Even after a shocking start under Mick McCarthy to the qualifying campaign, Kerr’s Ireland failed to improve results, and draws to Albania and Russia and a two-nil loss to Switzerland left Ireland third in a group where the two qualifiers would finish last in their respective groups at the Euros.

Roll-on the 2006 qualifying campaign, and again Ireland were placed in a group from which they would be expected to reach the play-offs, particularly with the return of Roy Keane, which, to give him his dues, was largely thanks to Kerr.

France were ranked second in the world (and were without Zidane, Makelele, and Thuram for the start of the campaign), Switzerland 49th, Israel 69th, Cyprus 101th, the Faroe Islands 137th. Ireland 16th in the world,  and if rankings are anything to go by, among the elite in world football.

'Weaker' members of the squad such as Clinton Morrison, Gary Doherty, Andy O'Brien, Graham Kavanagh, if placed in today's era would be seen in a different light amongst Kenny's squad.

But placed in a team with Damien Duff, Keane x2, Shay Given, they were seen as average ballers amongst Irish footballing icons.

Add to that the talents of Steve Finnan, John O’Shea, Kevin Kilbane, Stephen Carr and Andy Reid, all of whom played in the upper-half of the Premier League during the qualifying campaign.

In Ireland’s 0-0 draw against France at the Stade de France, each player in the starting XI was playing Premier League football. 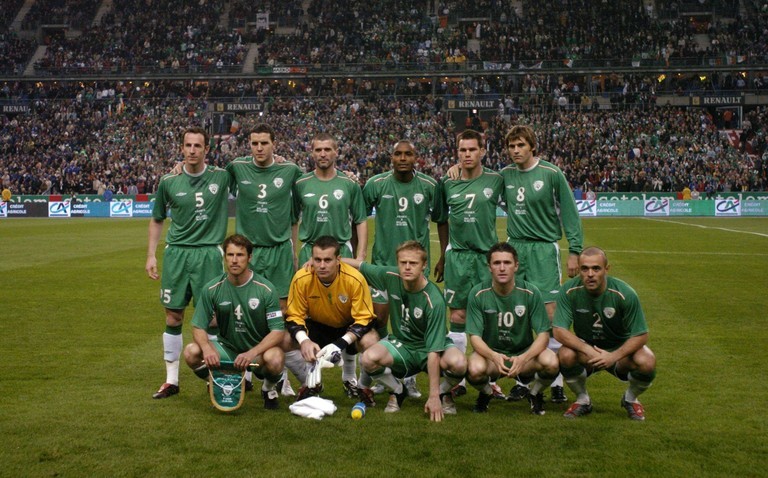 It is night and day compared to the pick-n-mix starting team of Premier League, Championship, League One, and Scottish Premier League players Stephen Kenny has been working with. Kenny's starting XI against Luxembourg featured three players -who happened to be three of the most influential players in the match - currently play in League One.

Kerr has spoken about some of the difficulties and “little incidents” he faced during his tenure, matches he felt they should have gotten more out of such as the afore mentioned game to France, where he felt they dominated play.

Or an Abbas Souan goal for Israel in the 90th minute that went though Andy O’Brien’s legs in Tel Aviv, or Thierry Henry’s screamer at home that Kerr felt took a slight but decisive deflection off Kenny Cunningham. These moments all added to the strangeness of a group where all of the top four sides drew against each other bar one match (Ireland's 1-0 loss at home to France).

The manager also had difficulties introducing analysis sessions to the squad with some players showing such little interest that they may as well have been watching “Peppa the Pig”.

Furthermore he felt he didn’t have the full backing of the FAI in regards to the build-up and preparation for matches.

The question is are these all valid excuses for the failure, and was it just another abnormally unlucky qualifying campaign for the Irish football team?

It’s impossible to say for certain, but what is sure is that results were all that mattered during Kerr’s tenure, and rightfully so.

It was far from the transition period of Stephen Kenny, where young players from lower leagues are being introduced to international games, following years of neglect and mismanagement in Irish football.

For Kerr, throwing away leads against Israel in both legs were the most devastating results of his tenure. He was also met with criticism for not going in for the kill and finishing them off.

He then faced backlash for substitutions in Ireland's final qualifying game against Switzerland when, needing a win, he took off strikers Robbie Keane and Clinton Morrison with 25 and 5 minutes to go respectively.

That nil-all draw sealed his fate. Kerr won 7 of 16 competitive matches as Ireland manager. Roy Keane wrote in his second autobiography that Kerr should have been given a new contract.

"We should have won in Paris. You need breaks in football and Brian didn't get the breaks." 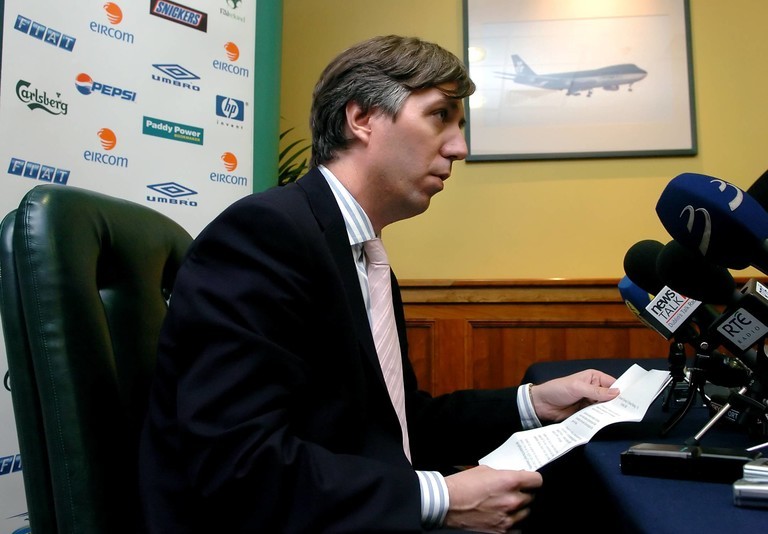 In a statement announcing the news that Kerr's contract would not be renewed, FAI CEO John Delaney said:

"The downward trend in our rankings and seedings has been very disappointing and this will make qualification for future tournaments considerably more difficult and that has knock-on consequences for the development of the game."

Kerr spoke in 2020 about the 'dark place' he was in those final days of his time managing Ireland.

"Mentally, I had never been in that situation before, where I didn’t have the backing of the people I was working for. I was frustrated by their agendas, it was almost like they were trying to spite you rather than trying to make things easier. There was no doubt in my mind at the time that they – and not just him – were spinning negative stuff against me. I’d read stuff in the papers and think, ‘where the f**k did that come from?’”

Kenny would be the last Ireland manager hired by Delaney, and with a new contract seeming likely, it looks like he will continue to be the man tasked with restoring pride in the Ireland team after Delaney's ruinous reign.

See Also: Ranking All Of Ireland's Players From The World Cup Qualifying Campaign 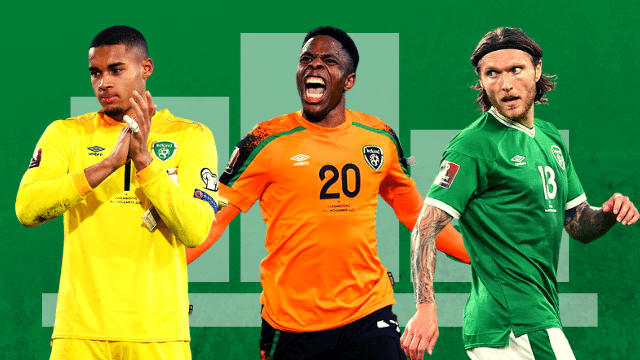