Stephen Kenny 'Doesn't Care' About Critics 'Coming Out Of The Woodwork'

It is now 11 games without a win for Stephen Kenny.

The draw with Qatar tonight was certainly an improvement on the Luxembourg performance at the weekend, but it was still not enough to get that elusive victory.

The debate around the Kenny era will now rage as we wait for the next international break in June. There seems to be a clear divide in the supporters at the minute, something that will only be resolved by an uptick in results.

The manager himself is remaining positive. He is looking at the good aspects of the last few months, with the main one being the amount of young players who are now part of the squad. The likes of Dara O'Shea, Jayson Molumby, and Jason Knight can consider themselves as genuine senior international players.

That is something their manager is proud of and he believes it will greatly benefit this team in the long run:

I think the future is bright.

We have other players who weren't there like Nathan Collins and Adam Idah, a long of young vibrant players coming through who will be important players for Ireland. A lot of experienced players still have so much to give as well.

I think we would be a lot happier if we had beaten Luxembourg. We haven't and that's a result I will have to live with...

This is a new era of these players coming into the team and learning from the Seamus Colemans and James McCleans and all of those players on what it means to be play for Ireland and the values that they have. That can only improve them and improve their attitude and determination.

We have a lot of talent, and okay maybe not all of them are ready now, but they will be in due course.

The fruit that those young players may bear may yet be a couple of years from harvest, meaning that the criticism directed at Kenny from some quarters looks likely to continue for now.

There can be some genuine questions asked about his tenure up to this point, but some of the remarks in recent days have gone over the top. After all, he hardly inherited a squad that was firing on all levels.

Not that he is all that bothered by it. Kenny said in his TV interview that some people had 'come out of the woodwork' to slam the Ireland team, but the former Dundalk boss knew that criticism is part and parcel of being the manager of your country. It is something that will not waiver him from his belief that real progress is being made.

I've experienced a lot in my life, I feel really strong. To be honest with you, it doesn't hurt me, because do you know what? I don't care.

I'm very clear in what I want to do and it's irrelevant to me what other people think.

There are people coming out of the woodwork wanting to kick us when we're down. That is very evident and maybe that is to be expected. Some people have turned very quickly.

We will get back on track and give the Irish supporters a team that they can be really proud of.

SEE ALSO: Ireland Player Ratings As Kenny's Side Play Out Draw With Qatar 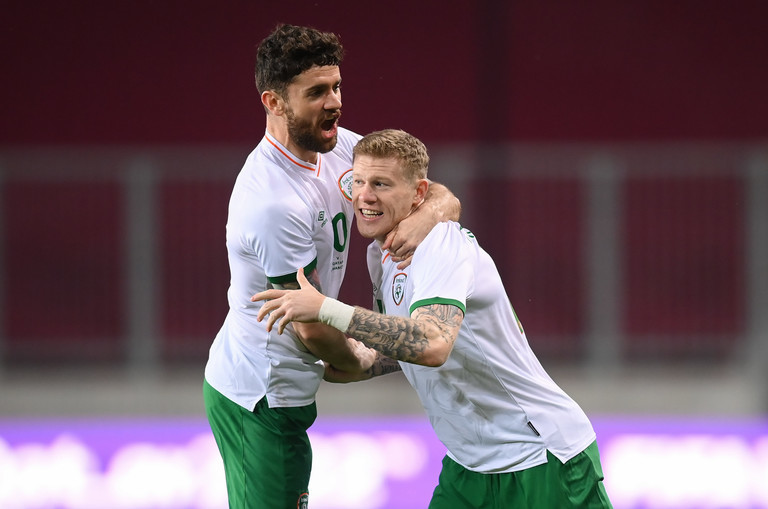