Another Crisis For Stephen Kenny - Who's Going To Replace John Egan?

Stephen Kenny dealt a serious blow in Sheffield United's 3-0 defeat to West Ham last night, as defender John Egan was stretchered off with what appeared to be a serious foot injury in the dying stages. Egan’s injury adds to a growing list of headaches for Kenny – but what will it mean for Ireland’s upcoming World Cup qualifiers?

The Ireland manager has only played four centre-backs during his time in charge. Shane Duffy has played in all eight of Kenny's games, while Egan, Kevin Long, and Dara O'Shea have partnered him.

After a disastrous start to Kenny's tenure, the manager will now be properly judged on his first proper campaign as Ireland attempt to qualify for the 2022 World Cup. The first round of games comes at the end of next month, when Ireland will face Serbia and Luxembourg, as well as Qatar in a friendly. But with Shane Duffy in the midst of a seemingly existential crisis at Celtic, and Egan likely to be unavailable, who will the under pressure manager have at the heart of his defence? There are a number of players (both experienced and newer faces) that Kenny can call upon. 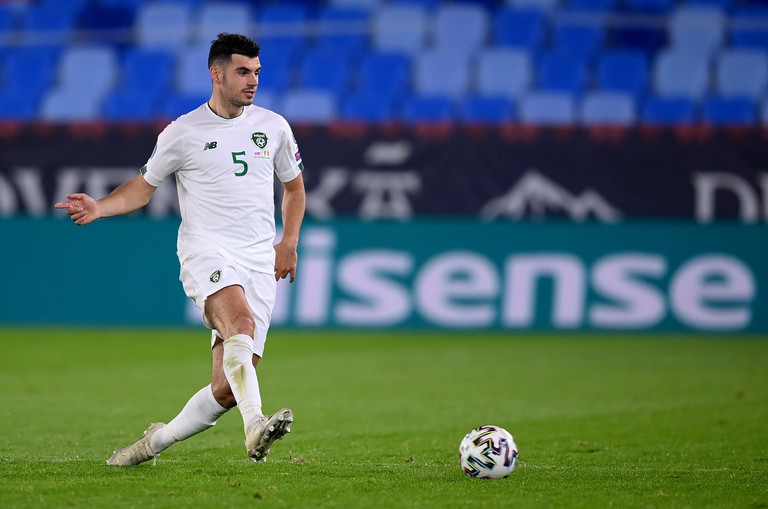 We’ll start with the man in all the headlines this morning. Egan has been near-ever-present for Sheffield United this season. He made a name for himself last season as the heart of Sheffield United’s innovative playing style, which required Egan and his fellow centre backs to be proficient at playing the ball and moving quickly up the pitch.

Egan’s injury will be a blow to Kenny if it ultimately rules him out of next month’s qualifiers. The first game against Serbia is on March 24, meaning it will be tight – especially given Egan’s manager, Chris Wilder, said last night that the injury did not look like good news for the Corkman. Egan has been one of Kenny’s most trusted players since his arrival to the Irish setup, so all in the camp will be hoping it is not as serious as it seemed for the Blades’ centre-back. 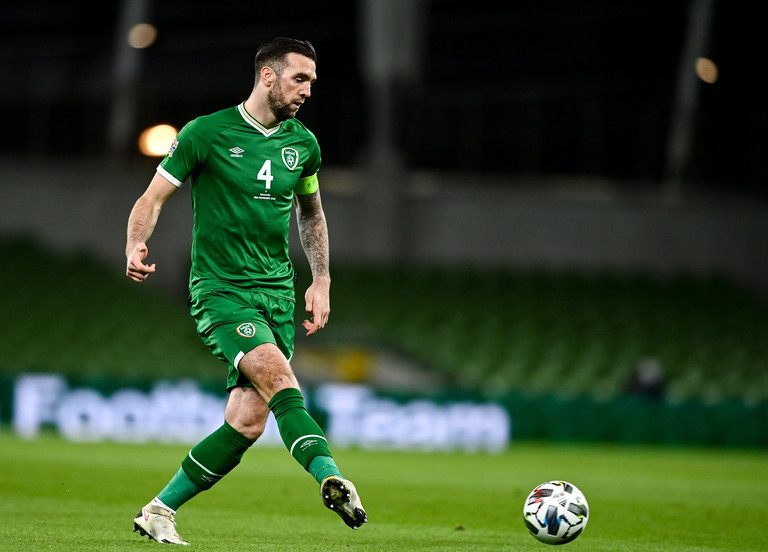 Shane Duffy has started every game of the Stephen Kenny era – and scored the only goal of the manager's reign thus far against Bulgaria in September.

Unfortunately for Duffy, his dream move to Celtic this season has not gone well at all. Celtic were on the verge of a 10th successive Scottish title this year, but seem set to be blown out of the water by old rivals Rangers. Duffy’s struggles for form have been among the most documented in the Celtic squad, with manager Neil Lennon appearing to praise the Irishman last weekend for simply having a mistake-free game.

Nonetheless, Duffy has been an ever-present of Kenny’s Ireland and it would be a huge surprise to see him dropped next month – though fans will no doubt be hoping that his form takes a sharp upturn before the game with Serbia. 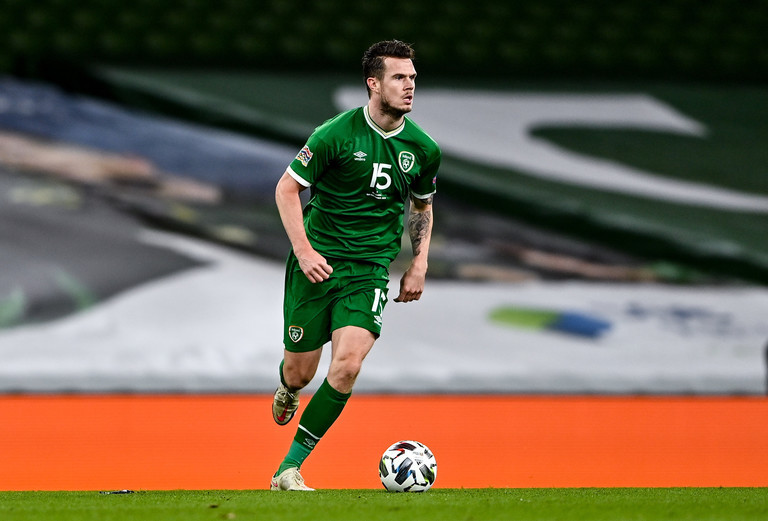 Burnley defender Kevin Long has been the regular replacement for Egan in the Irish team under Kenny up until now.

Though Burnley have impressed many with their defensive play this season, Long has been out of the team for much of the season. His six-minute cameo off the bench against Crystal Palace on Saturday was his first appearance for the Clarets since October.

Long would have appeared to be one of the best options to replace Egan in the team, but his lack of game-time will worry Kenny. With Ben Mee and James Tarkowski firmly established at the heart of Sean Dyche's defence, Long is relying on injuries to get a run in the team, as he has for most of his career. 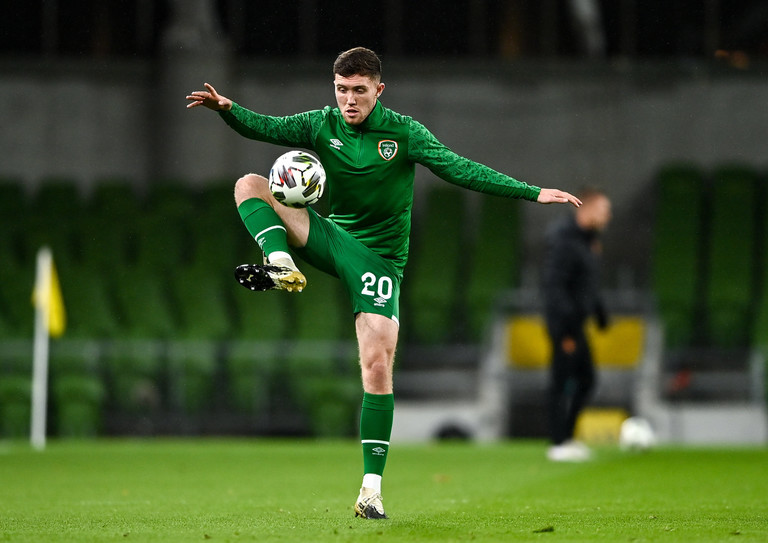 21-year-old Dara O’Shea broke into West Brom’s first team halfway through their promotion campaign last season and was a regular starter for them during the first half of this season in the Premier League. While the arrival of Sam Allardyce as manager initially meant more game time for O'Shea, he has found himself on the bench for the Baggies’ last two games against Spurs and Man United.

O’Shea has made one start for Ireland at cenre-back under Stephen Kenny, starting the 1-0 defeat to Finland in October in the absence of John Egan and Kevin Long. He has been a regular face in the team however, ably stepping in at left back in the absence of Enda Stevens and was one of Ireland's more impressive performers in recent games.

Youth is on O’Shea’s side and the signs have been promising when he has played, but he will want to regain his starting place in the West Brom side in the upcoming weeks if he wants to put himself at the front of the Ireland queue. 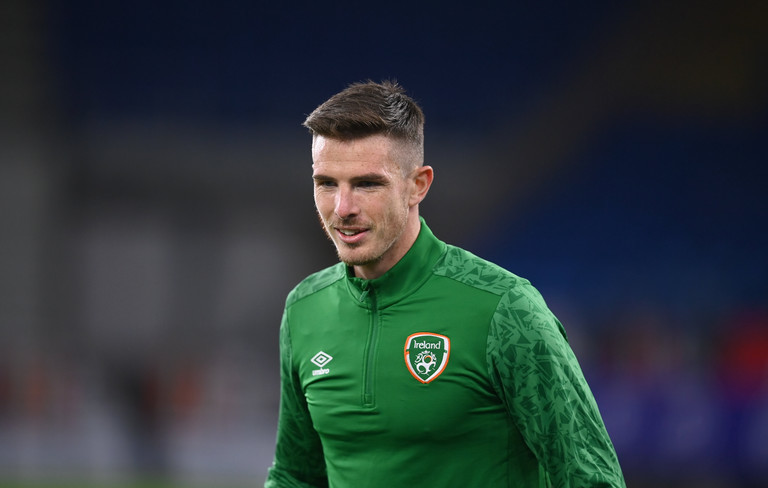 Newcastle’s woes this year have been well-documented and centre-back Ciarán Clark has had a suitably chaotic season on Tyneside. Clark has started just over half of Newcastle’s games so far this season – and scored in December’s 5-2 defeat to Leeds.

Clark’s slightly erratic form and place in the squad has gone somewhat under the radar at St. James’ Park. Newcastle have lost almost twice as many games when Clark has started, compared to when he has not.

Clark was not included in Kenny’s first two Ireland squads and was an unused sub for both of November’s Nations League games. He is is, however, comfortably Ireland’s most experienced backup option and has had a lot more game time for Newcastle since Kenny's initial squads were chosen. We suspect Clark to make the squad, but Kenny may end up opting for a more youthful option over the Newcastle centre-back. 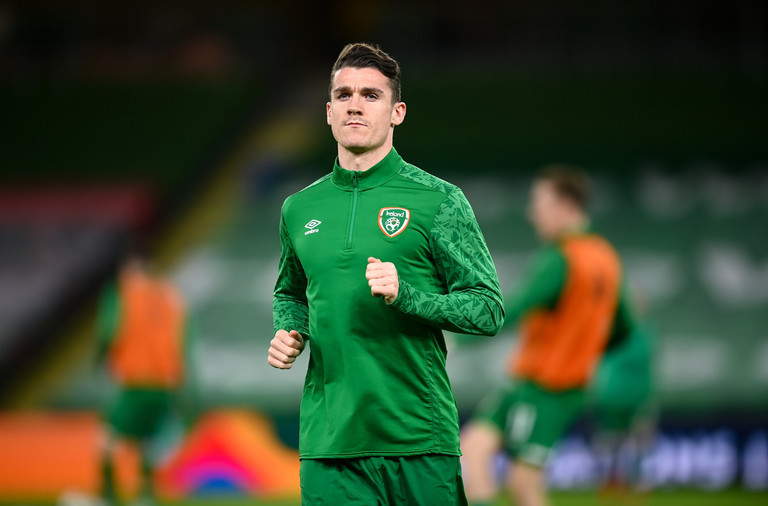 Blackburn Rovers’ Darragh Lenihan became the first Meath native to represent the Irish men’s team when he made his debut in 2018, but games have been hard to come by since then.

Rovers are in the fight for the play-off places in the Championship and Lenihan has started all but two games – and those absences were enforced by injury and suspension. Lenihan also holds the position of vice-captain at the Lancashire club.

When fit, Lenihan has been included in every squad of the Stephen Kenny era, though he has yet to get any game time under the new manager. His form and contribution to what has been a promising campaign for Blackburn will surely put him in contention to take Egan’s place – especially given the struggles of some of his more experienced counterparts. 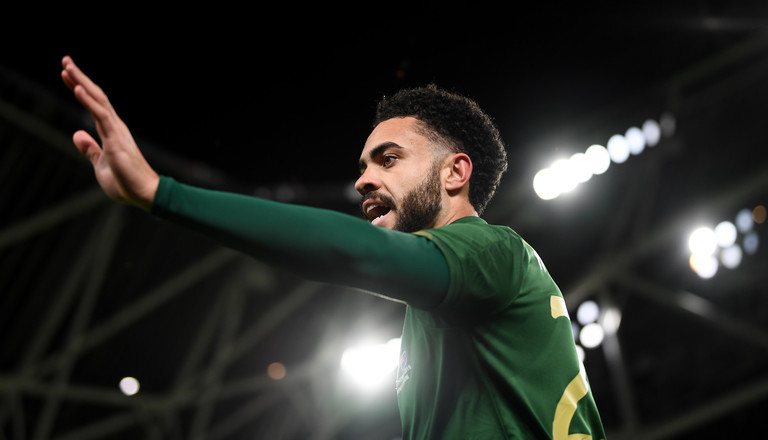 Lenihan’s Blackburn teammate Derrick Williams has also been included in Kenny’s recent Ireland squads – but an injury plagued season has seen him fall out of contention for game time at Blackburn.

Williams started all of Rovers’ opening four games, before missing two games with COVID-19. Another short run in the team was cut short by a thigh muscle strain, followed by a calf injury, before the calf injury flared up again just before Christmas. Williams has not played a single game for Blackburn since a 2-1 loss to Norwich in December.

Though Kenny appears to have faith in Williams’ ability, it is unlikely he will be selected for the squad if his run out of the team continues, let alone be in the discussion for a starting spot. 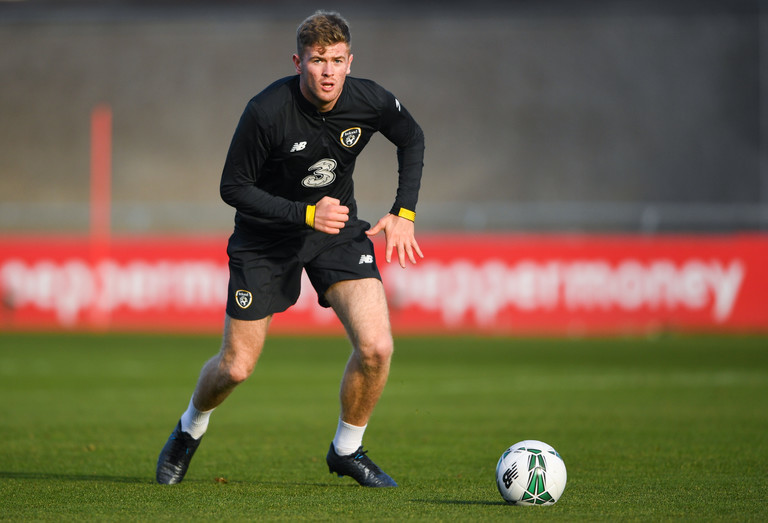 One of the most exciting young Irish prospects in England is Stoke centre-back Nathan Collins. Still only 19-years-old, Collins has played the full 90 minutes in every game for Stoke since late November.

If Kenny hadn’t been looking at Collins already, Egan’s injury would surely have had the youngster from Leixlip in contention for next month’s games. Unfortunately for Collins, the opportunity couldn’t have come at a worse time, as he himself was stretchered off at the end of Stoke’s defeat to Norwich on Saturday.

As with Egan, Stephen Kenny will be desperately awaiting an update on the seriousness of Collins's injury.

It’s hard to say who the Ireland manager will choose for next month’s qualifiers – he’s not exactly spoiled for choice for in-form, experienced defenders. There may yet be an opportunity for Kenny to give some new faces a run in the team, with Darragh Lenihan standing out as a strong option. It’s unlikely he will choose to drop Shane Duffy, while Dara O'Shea has probably done enough in the games so far to be chosen alongside him.

All Irish fans will have their fingers crossed that both John Egan and Nathan Collins make speedy and full recoveries and that the series of unfortunate events for Kenny comes to an end soon. 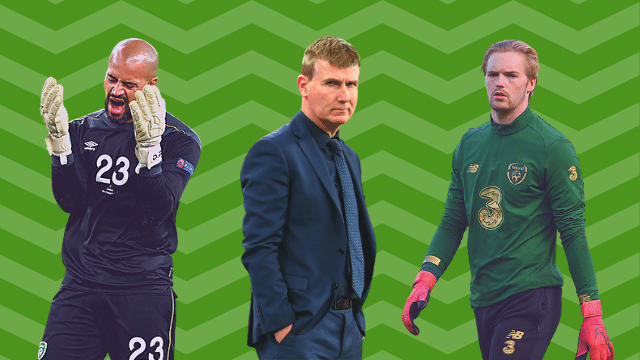 Football
8 months ago
By Eoin Harrington
Watch: Cristiano Ronaldo Escapes Red Card For Swing At Dara O'Shea
Football
8 months ago
By Andrew Dempsey
With International Return On The Horizon, Ireland's Young Blood Is Coming To The Fore
Football
11 months ago
By Gary Connaughton
Presenting The Balls Irish Team Of The Season, As Chosen By You
Popular on Balls
GAA
3 days ago
By PJ Browne
Mayo's Padraig O'Hora Using Football To Promote His Real Passion
Rugby
23 hours ago
By Colman Stanley
'That Pace, That Intensity, That Organisation' All Black Legend Has High Praise For Leinster
GAA
23 hours ago
By PJ Browne
Jim McGuinness's Gut Tells Him Dublin Will Win The All-Ireland
33