'Brighton Have Been Fantastic. Graham Potter Is A Brilliant Football Man'

Along with Adam Idah, Connolly had initially been ruled out of the game as he was deemed a close contact to a member of the Ireland camp who had tested positive for Covid-19.

That FAI employee subsequently tested negative for the virus. It was announced late on Sunday, following the scoreless draw with Wales, that Idah had been recalled to the Ireland senior squad. It took until the following morning before Connolly was also added back into the mix.

"Brighton have been fantastic," Ireland manager Stephen Kenny said at a press conference ahead of the game against Finland.

"The manager Graham Potter is a brilliant football man. He understands that we have two young players, Aaron Connolly and Jayson Molumby, and he understands the importance of playing for your national team. He's been brilliant really."

Connolly and Idah were considered close contacts they had sat too close to the initially positive case during Ireland's flight to Bratislava last week for the European Championships playoff against Slovakia. The two sat in seats which were not allocated to them.

Kenny said that Ireland did make changes to their travel arrangements for the game against Finland.

"There were some differences," said Kenny.

"It's the operations director that would mainly plan that, along with the senior management. I spoke to him yesterday in relation to the flight plans. We did change somethings.

"These are things that everyone is learning. There are no experts at the moment. It is a real [steep] learning curve for people.

"There will be changes going forward."

Ireland have two games next month in the Nations League against Wales and Bulgaria. Kenny believes that despite the disruptions caused by Covid-19, international football will continue to be played.

"It's hard to believe that we lost two players for the playoff at such a late stage because of a false positive," he said when asked if he has faith in the testing process.

"We have to abide by the law. That's what the medical department did.

"There are people experiencing far worse than we are at the moment. Coronavirus has killed thousands of people throughout Europe and bigger numbers throughout the world. It's been bigger than sport.

"For us, it did have an impact. For example, we've had eight players missing over the last week because of contract tracing.

"We had eight players, through contact tracing, missing against Wales. We hadn't got David McGoldrick, James McCarthy, Seamus Coleman, Harry Arter, Darragh Lenihan. We had 13 players unavailable for the game against Wales. Considering that, I think the players did remarkably well. We were unfortunate not to win really." 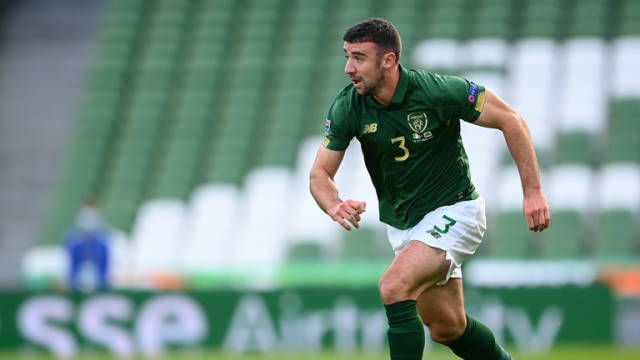 Football
5 days ago
By Donny Mahoney
The Depressing Stat That Captures The Extent Of Ireland's Goalscoring Woes
Football
6 days ago
By Balls Team
'It's Hard To Believe That We Didn't Score'
Football
1 week ago
By PJ Browne
Ex-Wales International Very Positive About Kenny's Ireland
Popular on Balls
Rugby
1 hour ago
By PJ Browne
Quiz: Can You Identify These 10 Connacht Overseas Players?
2