With Stephen Kenny installed as Ireland manager ahead of the upcoming Euro 2020 playoff against Slovakia, some are expecting wholesale changes.

The former Dundalk manager has had the opportunity to learn about the country's emerging talents during his spell with the U21 side, and it was thought that many of those players would be drafted straight into the senior setup.

Some of them probably will. Aaron Connolly looks to be nailed on for the squad after his recent strong form with Brighton, while Jayson Molumby's inclusion also seems likely having been a permanent fixture in Millwall's starting XI this season.

After that, who could make an immediate breakthrough is unclear.

Speaking to members of the media at FAI Headquarters this morning, Kenny said that he will value experience while selecting his squad. He also admitted that while he knew most of his first choice XI, there were still positions up for grabs:

I have an idea of how we're going to play and [the team], but there's still positions up for grabs...

We have to try and qualify for the European Championships. We can't be too experimental in that phase.

It's a unique opportunity to qualify for the Euros in Dublin, we can't waste it. It's a real tough challenge because we've got to go away to Slovakia and away to Northern Ireland or Bosnia and win two away matches.

It hasn't been done in many, many years, to beat significant nations back-to-back away...

One player who he seemed excited about returning was James McCarthy. The midfielder have reportedly ruled himself out of returning to the squad under Mick McCarthy as he focused on regaining full fitness after a long spell on the sideline.

However, Kenny said the player is now set to return to the international stage.

James has had a very tough time with injuries, but he's getting a run with Crystal Palace...

I think James was injured for two years nearly. It was tough coming back. I don’t know all the details, I think he was focusing on getting back playing because it is career threatening when you’re out that long with injuries.

He’s had a great season with Crystal Palace overall and played a lot of matches, he’s well up in the 20s now in terms of league matches. That’s been a great start for him. 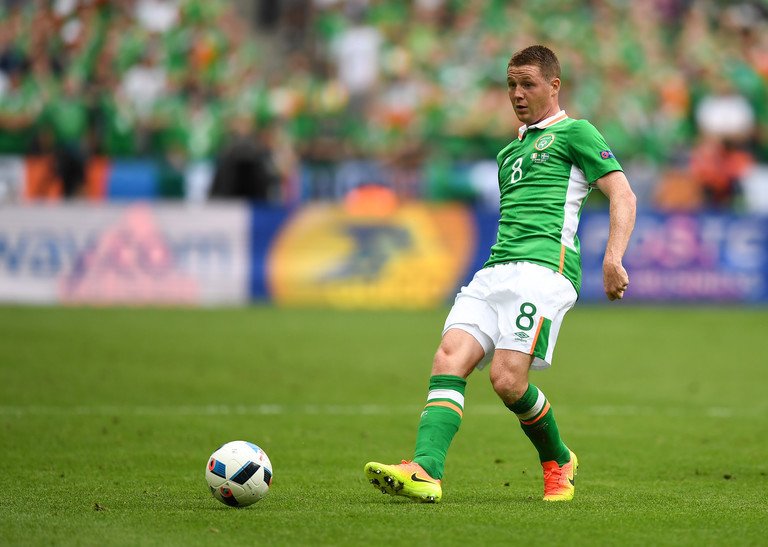 Judging on current form, McCarthy would seem favourite to start in the holding midfield role.

He has been really impressive at Selhurst Park, with the home fans raving about his ability to put a tackle in and dictate the game with his passing. That second trait is one Ireland were sorely lacking during the most recent qualifying campaign.

Many thought that Michael Obafemi had also played his way into the squad, but Kenny's comments when asked the possibility of a September call-up indicates that is by no mean certain.

We will have to see. With Michael we only had him in with me once with the U21s for one camp because he’s been through injuries. He’s done really for one so young and he’s different, he’s quick.

We’ve not had a lot of Irish players traditionally who’ve had real raw pace. That’s very important in international football I feel. But Michael tactically has to adapt because he’s playing in a front two at Southampton.

That really suits him. When he has played wide he is still learning about that role, playing right or left of the centre forward. It doesn’t come naturally to him...

I do think he has got a lot of potential. He’s a bubbly character, he’s a great lad. I hope he gets game time, I know he didn’t play at the weekend, but Southampton is a great club for playing young players.

Another Irish player has recently made the breakthrough at Southampton in recent times. Will Smallbone has represented Ireland at U19 level, but has impressed during recent appearances in the Premier League. 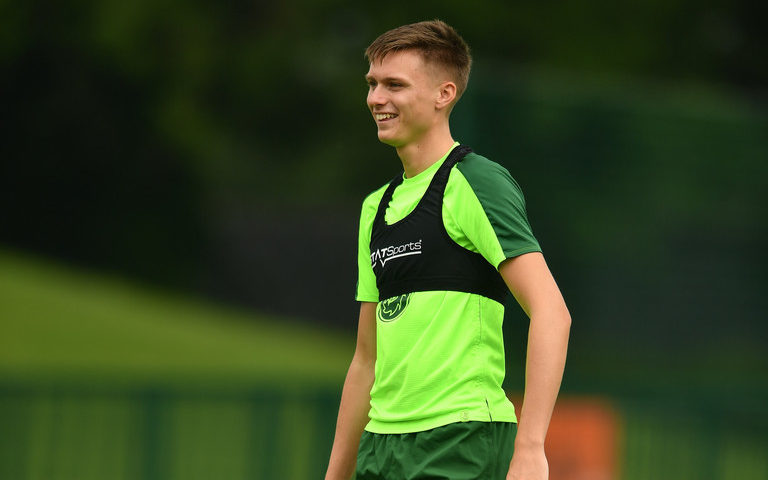 Kenny said he was close to an U21 call-up during his time in charge, and that is a squad he will be with for the foreseeable future. The same can be said of Will Ferry, another Irish youngster as St Mary's:

I've watched Will for Southampton U21s a few times last year, he played in different positions.

I think the thing about Will is that he has really developed physically. He was a smaller player, he was light, but he has all of a sudden grown to become a man very quickly...

He would have been in my last U21 squad for sure before it was cancelled.

Will Ferry, who I really like, he's a really good player. He's a really exciting 'chalk on the boots' left winger, he really gets at people, dribbles and drops the shoulder. I really like him.

They will be in contention for the U21s I would say. That will be up to Jim Crawford of course.