The Republic of Ireland are set to play their first game in almost ten months next week, an occasion which will also mark Stephen Kenny's first time in charge of the senior international team.

The new manager has named an exciting squad for the games against Bulgaria and Finland, with a number of players who featured under Kenny at U21 level earning a call-up. Another key player from that U21 side has now also been added to the squad, with West Brom defender Dara O'Shea being called up for the first time.

Speaking at a press conference this morning, Stephen Kenny revealed that he decided to call up O'Shea after a couple of players became injury doubts.

Yeah there's a couple of injury updates. James McCarthy is travelling in today and we'll assess him and see how he is, midweek he played for Crystal Palace and got a knock on the back of his leg really, in a tackle.

He was quite sore after it so we'll assess it and see how it is. I know James is very keen to come back and play for Ireland. It's been a few years since he has played and he will be a huge addition to us no doubt.

Troy Parrott got injured yesterday in the game for Millwall, he picked up an injury. He has travelled this morning, so he will have a scan in the afternoon and we will see the extent of it. He just pulled up with a tight muscle so we will see how that is.

We have added Dara O'Shea to the squad. Dara has come through the ranks right from U15 levels every year.

He showed himself capable of playing all four positions with West Brom last year. He is a centre half who has played right back for a good bit of the season and left back towards the end of the season.

With one or two injuries, strains and so forth, we have just given ourselves that additional cover with Dara coming in. His ability to play all four positions is an asset. 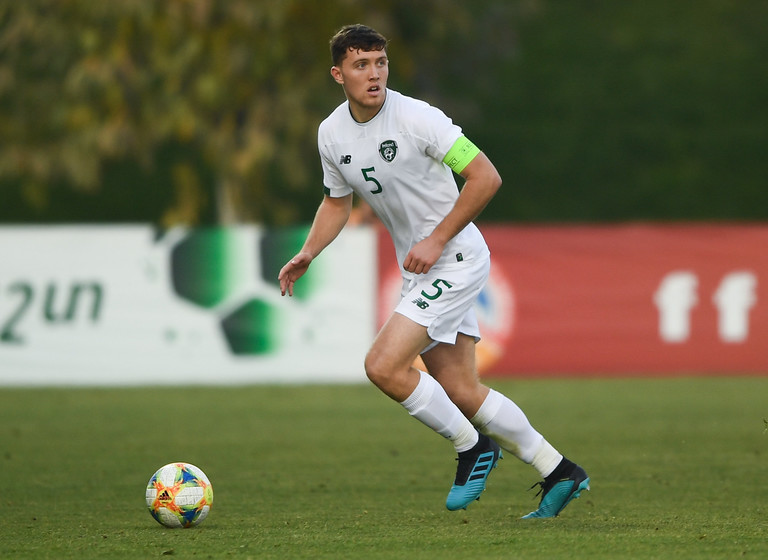 Kenny has been singing the praises of James McCarthy in recent times, believing that his return to the international fold has the potential to have a huge positive impact on the team.

However, he said the likes of Harry Arter, Jayson Molumby, and Conor Hourihane are all capable of fulfilling that holding midfield role that most likely would have been occupied by the Crystal Palace man.

As for Parrott, he starred in Millwall's friendly victory over Southend United yesterday, scoring a delightful chip after being introduced as a halftime substitute.

Hopefully the niggle he picked up won't keep him out of contention for the fixtures next week. If he is ruled out, it still leaves the likes of Shane Long, Adam Idah, and Aaron Connolly who are capable of playing that central striker role.

SEE ALSO: 'One Of The Best Days Of My Career' - Matt Doherty Has Joined Spurs