With Each Passing Game, The Kenny Doubters Have Less Ammo To Work With

Perception is everything in football.

Two different managers could have an identical set of results, yet have an entirely different outlook on how they are faring in their respective positions. Much of this is dictated by expectations, or often the lack thereof. Pre-conceived notions of what a team should be plays a part.

In many ways, very little has changed for Stephen Kenny over the last week. Ireland are on the same trajectory that they were before this international break, with performances steadily improving and young players becoming more comfortable at this level.

And yet, the discussion around this team is now likely to be completely different in the days and weeks ahead. That's what back-to-back wins can do for you.

The performance against Qatar last night was outstanding. Right from the first whistle, they were all over their opponents. Within 15 minutes, they were 2-0 up and the Aviva Stadium was absolutely rocking. 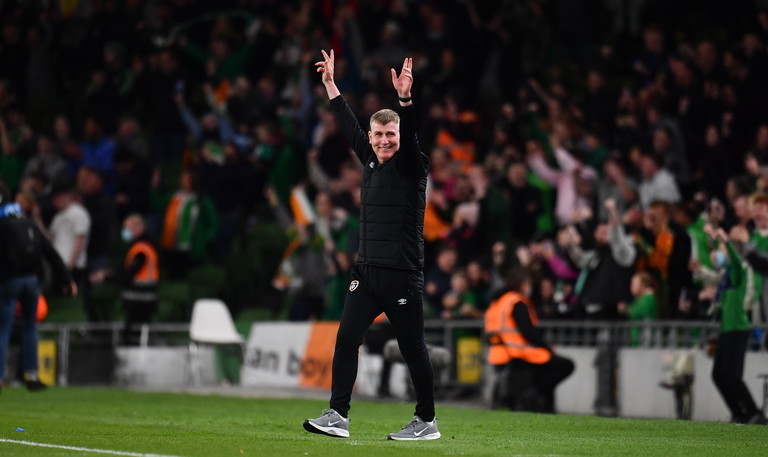 It's amazing what confidence can do. We are not all that long removed from a time when this Ireland team was completely devoid of that very attribute.

Last night it was a very different story. Ireland zipped the ball around the pitch with fantastic pace at times, picking the opposition apart and asking real questions of the defence.

Perhaps even more impressive, they also showed patience on the ball when required. The third goal was the perfect example, with the players stroking the ball around at the edge of the Qatar box, waiting for their moment to strike. It came with Hendrick's beautiful ball in behind, which Callum Robinson finished beautifully.

There were 38 successive passes in the move that led to that goal. It was otherworldly stuff in comparison to what we have become accustomed to seeing from an Ireland team on the international stage.

The West Brom man has been the difference maker in this window. As has long been discussed, Ireland have not had a reliable goalscorer at this level since the retirement of Robbie Keane, and while we have no idea if Robinson can do this on a consistent basis, we at least know that the team now have a player capable of scoring at this level.

In many ways, this was the perfect window for Stephen Kenny. Seven goals, two clean sheets, two wins, and a pair of very good performances. 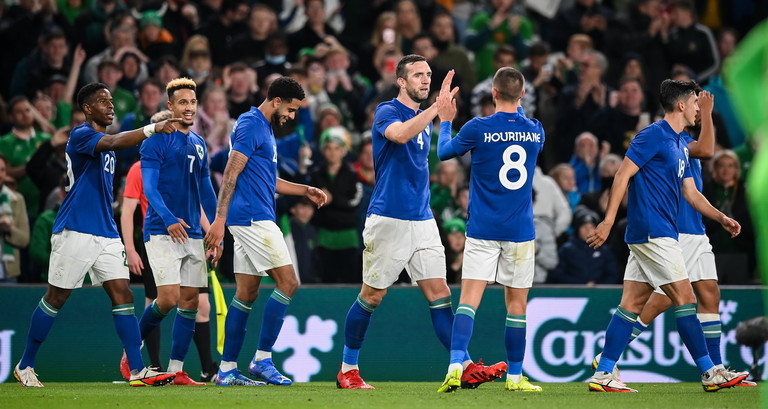 Some will point out the level of the opposition faced and they may have a point to some degree (especially in the case of Azerbaijan). However, an Irish team winning 3-0 in a competitive game away from home is a rarity, while Qatar actually sit seven places above Ireland in the FIFA world rankings.

The entire perception around the Stephen Kenny era will likely now change.

Whereas defenders of his philosophy before depended on some often abstract signs of 'progress', there is no denying that something is happening with this Ireland team. The threat in attack and patterns of play is not something we have not often seen from this team in the past. To deny that would be to ignore reality.

How prevalent were those voices in the first instance? Being inside the Aviva Stadium, there was no sense that there is some sort of 'culture war' gripping Irish football. There may have only been 25,000 on site due to public health restrictions, but the ground has rarely produced such a good atmosphere.

There are dissenting voices online. How many of those people actually have a vested interest in the team? Do they go to matches and or take pride in supporting the national team from afar?

A much more likely scenario is that they saw an opportunity to kick a team and manager while they were down, recalling the heydays of the early 90s which was also coincidentally the last time they really had an interest in how Ireland fared.

When you group this with unimpressed ex-players, who seem to hold doubts about the progress of in a proportion well above the rest of the footballing public, you could perhaps get the sense that the camp is split. That may not be the case for all that much longer. 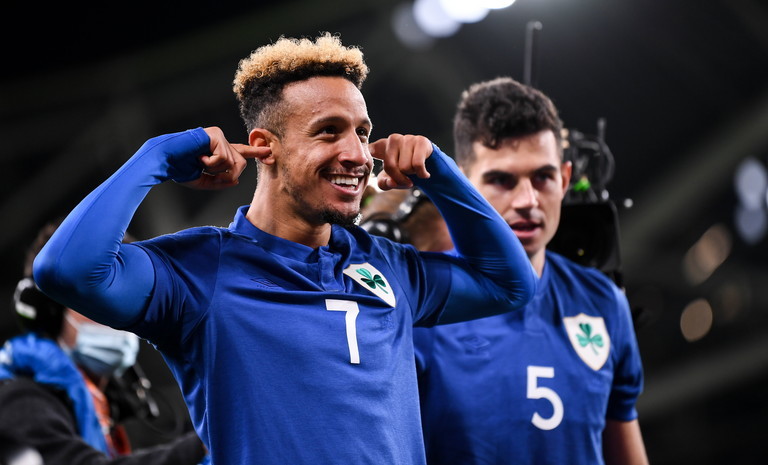 There is a huge amount of work still to be done with this team. Stephen Kenny knows that better than anyone, as do even his most ardent backers. What these results will do is silence some of his detractors.

Even if there have been good performances in the past, it can be easy to write them off if the wins do not follow. You can't ignore two victories with an aggregate 7-0 scoreline.

Combine that with the other strides made in his tenure and a clearer picture is formed: for the first time in quite a while, Ireland are trending in the right direction.

Talk will continue around the prospect of Stephen Kenny's new contract, although the issue seems like a moot point now. The progress in this team is clear to see, even for those with blinkers.

Young players coming through, playing a good brand of football, creating chances, and consistently improving. That is what the Stephen Kenny era is about.

Let's see where it takes us. 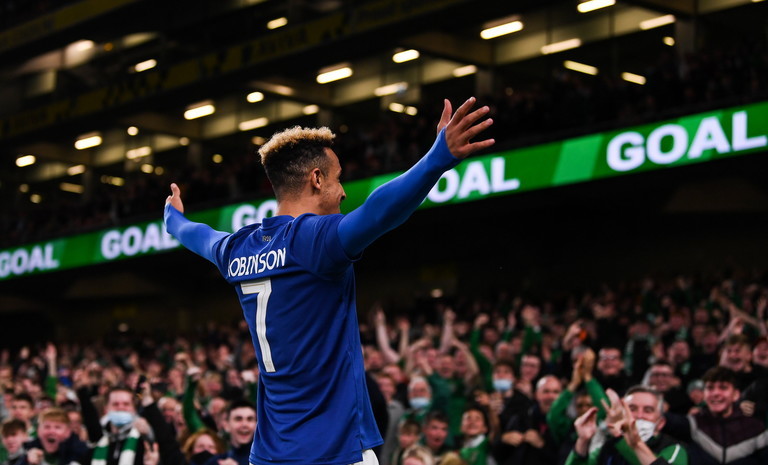