Stephen Kenny Has Named His Ireland Team To Take On Qatar

Stephen Kenny has named his Ireland side to take on Qatar at the Aviva Stadium this evening, with a sell-out crowd hoping to see the team win on home soil for the first time under the current boss.

Ireland, who will be sporting a new look blue kit this evening, have made a few changes to the side that won in Baku.

Caoimhín Kelleher comes into the side for Gavin Bazunu, with the Liverpool man set to make his full international debut.

The back three remains the same, with Andrew Omobamidele starting alongside Shane Duffy and John Egan. Matt Doherty continues at right wingback, with Enda Stevens coming into the team on the other side.

In midfield, Josh Cullen has been ruled out due to injury, with Conor Hourihane starting alongside Jeff Hendrick

Up front, Callum Robinson looks set to play through the middle, supported by Jamie McGrath and Chiedozie Ogbene.

Jason Knight has returned to the squad after his struggles with illness, with Liam Scales and Will Keane the players to miss out on the matchday squad.

In all five changes have been made to the team from Saturday. Here is the team in full.

Ireland under the lights at the @AVIVAStadium in front of a sell-out crowd, can't wait 😍#COYBIG | #WeAreOne | #IRLQAT pic.twitter.com/i9bL8JaOMk

This game offers Stephen Kenny the perfect opportunity to build upon the momentum picked up in Azerbaijan, with back to back wins the ideal way to set up the remainder of this campaign.

These two sides met in Hungary back in March, with a James McClean goal helping Ireland to a 1-1 draw.

They will be expected to go one better tonight, especially with the supporters returning to the stadium in numbers.

Another victory would also go quite a long way to easing the pressure that has been building on the manager in some quarters. Kenny's position will be reviewed after the games against Luxembourg and Portugal next month, with a positive run of results likely enough to ensure he remains in charge for the Euro 2024 qualifying campaign.

SEE ALSO: Why Ireland Is Wearing Blue Against Qatar Tonight 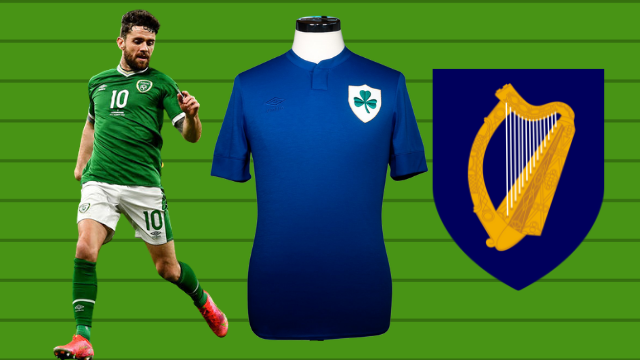