Just when Stephen Kenny looked to be turning a corner as Ireland boss, the team hit another roadblock with the draw against Azerbaijan.

It was a poor performance from Ireland, one which didn't really deserve any more than a point. In the end, they were probably a tad fortunate to get even that.

A number of decisions made by the manager should be questioned in light of that game. Why did Kenny opt to make so many changes from the side that performed so well in Faro? Why did Ireland not press the opposition more often in the first half, allowing them to suck the life out of the game and ultimately score the opening goal?

Of course, it is tough to pose such questions without placing yourself into one of the two camps that has emerged amongst the Irish footballing public. It is becoming increasingly difficult to find the middle ground between the 'Kenny out' and the 'give Kenny all the time he needs' brigades.

Appearing on RTÉ's coverage of the game yesterday, Kevin Doyle rightly queried Kenny's team selection. He has also now admitted that he felt a bit awkward doing so.

Speaking alongside Stephen Hunt on The Buildup podcast ahead of the game against Serbia, the former Ireland striker said the 'civil war' developing in Irish football means it is very tough to have a balanced discussion about Kenny's tenure thus far.

The football world in Ireland is so divided.

When I'm on TV, I hate being too critical because I know what a tough job he has. Last night was probably the most critical of been of him, because it's hard to defend when you're not getting any points. We haven't won a competitive game.

You're allowed criticise him while still thinking that he can do a good job.

If you say anything bad about him it's 'forget you, you're talking nonsense' or the people who criticise all the time it's vice versa. There doesn't seem to be a happy medium ground here.

You often hear players say 'I believe in the manager' and you know they're telling a lie, but I think these players still enjoy playing under him and see what he's trying to do.

But there is going to come a point where it's going to become financially unviable because there will be nobody in the stadium to watch the team if we keep losing.

It's a big one for someone in a powerful position to make a decision on that. It's a tough one because who is out there at the minute that you would change him for? 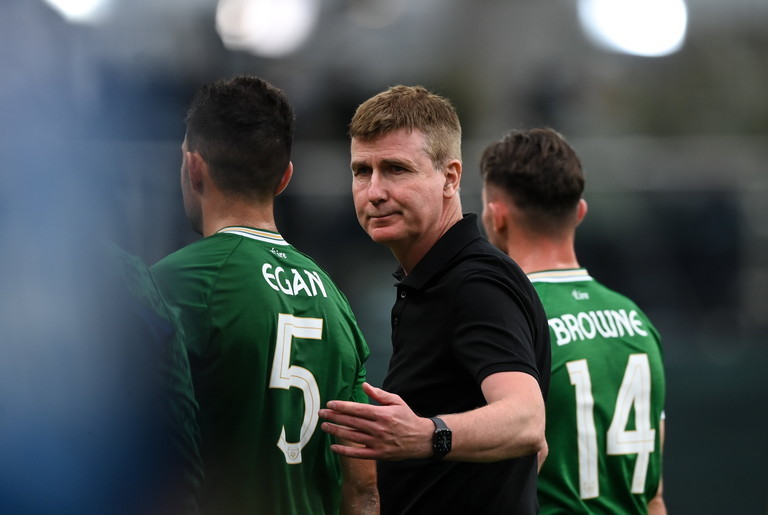 For now, giving Stephen Kenny time to turn this around seems to be the most sensible option. There is no obvious replacement out there, especially for an association that are well short on cash.

There have been glimpses throughout his tenure at what this team could become, although each bump is now becoming increasingly significant as we get further down the road. Yesterday's result is certainly a massive opportunity missed in terms of getting the supporters to believe in what he is trying to achieve.

Doyle is disappointed to be having this conversation so deep into Kenny's reign, although he said it is still too early to make any sort of definitive judgement on his long-term future.

I'm so disappointed it has come to this. We all thought we would accept these poor results to begin with and it would slowly improve. I know it's only a year, but we thought we win these games and see a bit more daylight.

The Luxembourg and Azerbaijan games have really knocked the stuffing out of me in relation to it.

I do feel for him, he has a tough task. Maybe he brought a bit of that on himself as well. He did get rid of a lot of older players very quickly and put a lot of faith in youth straight away. I thought he could have done that more gradually over the last year.

You need to see these four games out and see where we are at the end of it. I wouldn't rush the decision either way, there's panic.

In one sense, there is nobody going to come and steal Stephen off us when his contract is up. In the other sense, there is no rush because we don't really have another competitive game for a year now. I think it really needs to be considered and talked about.

The whole civil war thing in Irish football, it seems that you've got to be one side or the other. There is no middle ground where you can have a decent argument about it.

Another poor result against Serbia on Tuesday night would certainly do him no favours.

Kenny has four games to ensure he is given the opportunity to see out the project he undertook less than 18 months ago. 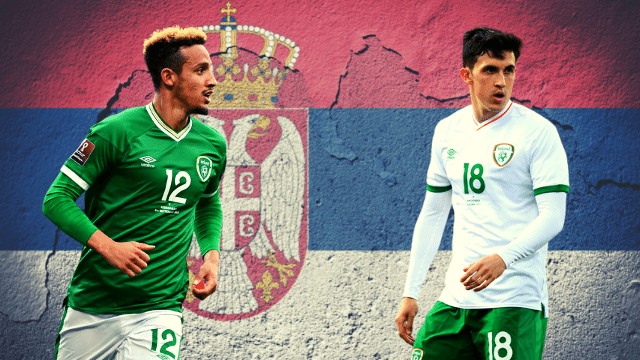