Ireland put in another strong performance in the draw with Portugal last night, impressing with various aspects of their play.

They were quick and decisive in possession, playing some beautiful football at times. The home side rightly came away from the game disappointed not to have won all three points.

While the team's ability on the ball is improving with each game, the quality of the defence has never been in doubt. Ireland have some real standout performers at the back, with the trio of Seamus Coleman, Shane Duffy, and John Egan playing brilliantly against Portugal.

Speaking after the game, Stephen Kenny said he was very impressed with the defence in the game, even saying that John Egan showed he is a player of Champions League quality.

The back three were absolutely excellent, Callum Robinson got man of the match but I'd have given it to Shane Duffy.

That was the best I have seen him play, the quality of his passing, he was always good at defending, but the whole back three, Seamus Coleman and John Egan, were collectively excellent, Seamus defended really, really well. We are getting better as a team and everyone is playing their part.

Egan has gone from strength to strength for Ireland under Stephen Kenny, becoming an increasingly important member of the team. The three-man defence certainly seems to suit him, allowing the Cork native to carry the ball out of the defence when given the opportunity.

With promising youngsters like Andrew Omobamidele, Dara O'Shea, and Nathan Collins also emerging at the moment, it seems like Ireland could well have an embarrassment of riches at the back moving forward. 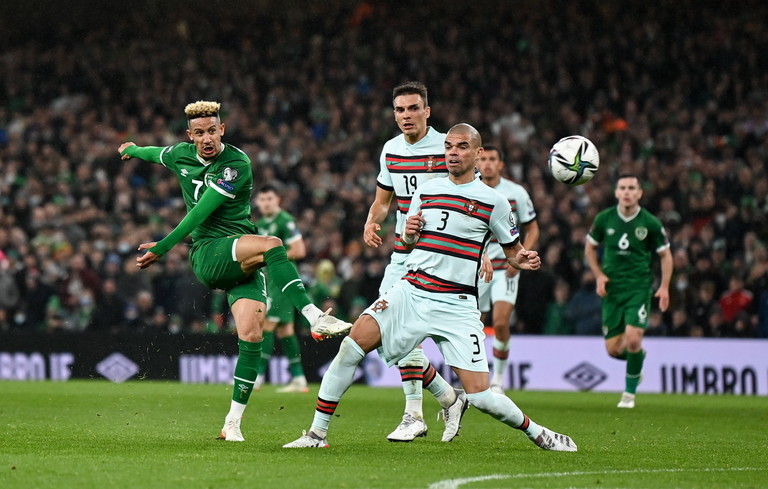