How incredible is it to have crowds back at games? Immediately tonight, you could sense something different at play. 10,000 fans provided a full house at the Ferenc Szusza Stadium in Budepest ,and suddenly, an end of season Irish friendly felt like a real game. For most of us, a game in front of a capacity crowd is something we haven't witnessed in 15 months. This was what sport is meant to be.

Unfortunately, life is never black and white. Of course, crowds being back at games will bring negatives too. Before the pandemic, racist abuse of players was getting out of control. In the year since, the world has changed in many ways, and footballers have joined in the ongoing fight against racial injustice. Until recently the gesture of taking a knee before kick-off was done so in empty stadiums. Since crowds have started to filter back in, we've seen a (larger than people are willing to admit) proportion of football fans who aren't happy for the players to make this personal choice.

As a group, the Irish team have decided to be part of that protest. They took a knee tonight before kick-off. For their act of protest, they were met with 20 seconds of intense and vitriolic booing from the home supporters. The Hungary players, stayed standing, but pointed as their respective "Respect" armbands.

Speaking to RTE after the game, Shane Duffy was careful not to say much on the matter, other than the Irish players had made the decision as a group to take the knee. In the post match press conference though, his manager Stephen Kenny went a lot further, and even questioned Hungary's place as a host nation of the Euros, which begin on Friday.

I think it was the right decision I approached Barry Gleeson saying it was something we wanted to do. I think it’s a very important message. The fact it was booed was incomprehensible, really.

It must be damaging for Hungary, with the Euros in Hungary. It’s disappointing and it doesn’t reflect well on Hungary and the Hungarian support.

Our players wanted to do it, it’s an important stance and I commend them for taking that stance.

Kenny also went on to point out that a number of the black players in the Irish squad at the moment are particularly young.

Obviously three of the young black players are teenagers, Adam Idah, Gavin Bazunu and Andrew Omobamidele, and also Chiedozie Ogbene came on and was excellent when he came on.

Idah was also at the press conference with Kenny and expressed his shock that the gesture was met with such a reaction. 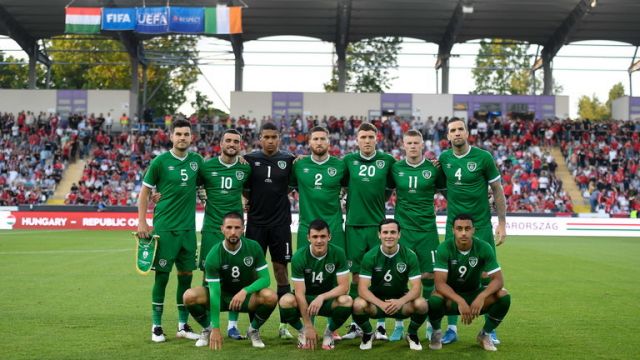