Stephen Kenny Goes On The Offensive After Rumours About Ireland Future

Stephen Kenny finds himself in a difficult spot at the moment.

He is attempting to orchestrate a major overhaul of the national team, one which involved pulling it out of habits that the side has been in for a number of decades. He is also doing this while attempting to blood a number of promising young players.

There have been flashes of this approach experiencing success, but it has also been met with consistent disappointing results.

It has been said that other Ireland managers in the past would have been under much more severe pressure had they experienced a similar run of results, but it also must be considered that none of those other bosses cared about anything other than the final scoreline of each fixture. Clearly, Kenny is angling for something far bigger than that.

This is what makes his tenure so difficult to judge. The results have been bad, but there have been flashes of promise. The question is, how long do we give it until we need to see a turn in the poor run of form?

Reports have been circling in the media this morning that Kenny's position could come under severe pressure if they lose to Serbia tomorrow night. That seems like an unlikely outcome, but this is the first murmurings we have heard that the FAI is looking at a possible managerial change in the near future. 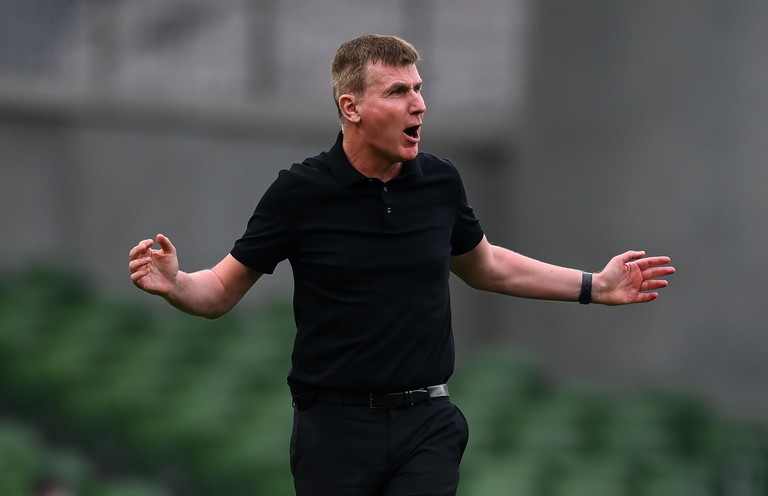 Speaking to the media ahead of that game, Stephen Kenny was impassioned in his defence of his tenure up until this point.

He believes this World Cup qualifying campaign has featured some of Ireland's best performance in a decade despite the lack of a victory, saying that qualification was always going to be an outside bet. The 49-year old also stated that his focus was not necessarily this campaign, but building something sustainable for the future of this team.

If you take the four matches in this campaign. In the games against Serbia and Portugal away, they are probably two of the best performances in the last decade away from home in the last decade, without question.

Against Luxembourg at home we didn't play well at all. It was a poor performance, but we still didn't deserve to lose the game based on the chances. The other night we dominated and should have won well.

Don't forget, the spine of this team was ripped out. Darren Randolph was injured for a good period of time, Richard Keogh finished, Glenn Whelan is at the latter end of his career and was a brilliant player, David McGoldrick retired. The whole spine was taken out of the team.

We have take the best young players we have seen for a long, long time and blooded a lot of players. You're not always going to get a level of consistency with that.

Our performances in this campaign, bar the Luxembourg game which we were very disappointed with, have been good overall.

With Serbia and Portugal in this group and the spine having been ripped out of the team, and we haven't qualified for the World Cup since 2002, did anyone think that we were favourites to qualify or should qualify?

We have a plan in place. I have taken the decision, right or wrong, that we would build this squad to be a really competitive competitive team to qualify for Germany 2024.

We didn't not try and win those games, we came very close against Serbia and Portugal away from home, scored the first goal and played brilliant football in both games. I have taken that decision...

I think there is real progress overall to be honest. That's the way I see it, that's the way my staff see it, and all the coaches see it.

There are a lot of people that don't see it. They say 'that's not your job to develop the game, your job is to win the next match'. That kind of nearsightedness doesn't create anything.

You might beat teams you should beat, but you can never beat the teams that you stride to beat. You're trying to build something that can be tangible over a period of time and that can be successful.

That's the way I see it.

It is clear that Kenny has taken steps to make this team more competitive in the future. A huge number of debuts have been handed out over the last 12 months, with a number of those young players going on to establish themselves as part of the starting XI.

For Kenny's sake, he will be hoping that he is still around to bear the fruits of such moves further down the line. 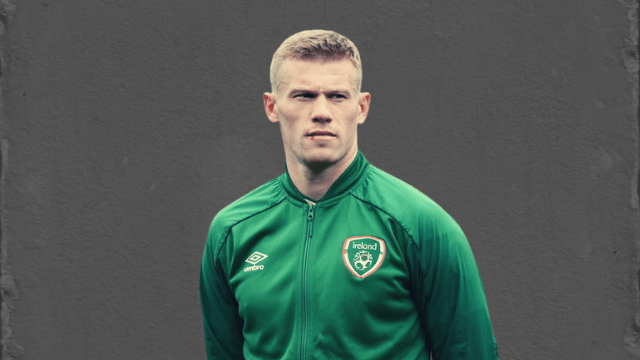