This wasn't the start we were hoping for.

The Stephen Kenny era was ushered in with a huge sense of optimism that things were finally going to change for the Republic of Ireland. We finally had a manager who would give the players the belief to play an expansive style of football, one who would get the best out of the player we have instead of bemoaning the lack of talent at his disposal.

After two poor results, some people seem to have already lost that optimism.

The reaction to this evening's loss was appalling in some quarters, saying nothing had changed under the new manager and if anything the team had gone backwards.

It wouldn't be like football supporters to overreact to a couple of results. Everything needs to be put into perspective.

Stephen Kenny has had two games in charge of Ireland. He had two or three days with the group before his first game in charge, but you could already see a distinctive change in the team's style in Sofia even if it was hardly a glowing performance.

They had one day of proper training before this game against Finland, a side who unlike Ireland are already assured of a place at next year's European Championships. 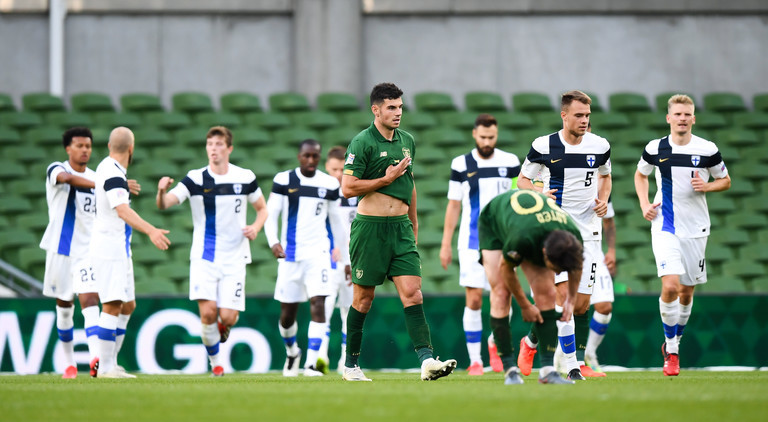 This was done while handing international debuts to Adam Idah and Jayson Molumby, and also giving Aaron Connolly his first extended run in the side. All of those players are aged 21-years old or younger.

What did people really expect from these games?

Yes, the UEFA Nations League is important for Ireland. It could have an impact on our World Cup qualification hopes.

But in another sense, these games are hardly a step above friendlies. There are no places at major tournaments at stake.

At club level, we have seen how long it can take managers to get their philosophy across to players, and they work with their squads every day. It is even more difficult at international level.

Michael O'Neill did an unbelievable job with Northern Ireland, but he won one of his first 18 games in charge of the nation. Things seemed to work out well for him in the end.

Stephen Kenny is inheriting a more talented squad that O'Neill did, but it will still take time. 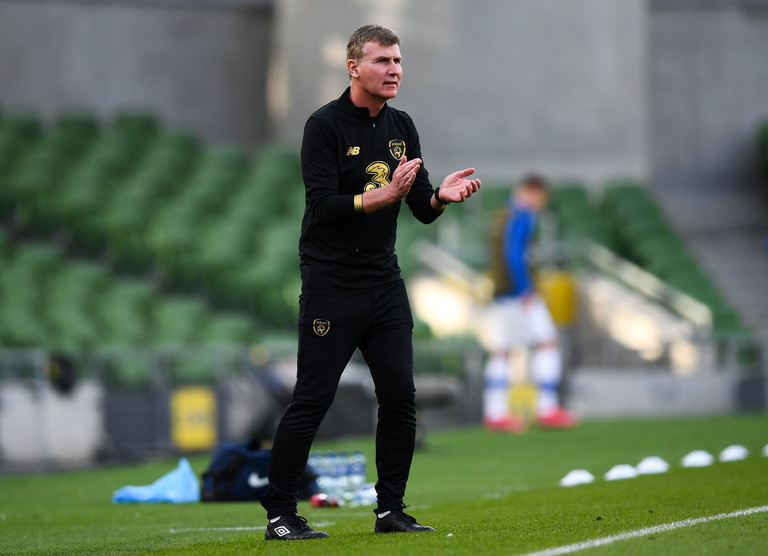 It's not as if this Ireland team have been tearing up trees in recent years. Under Mick McCarthy, Ireland won three competitive games out of eight, beating Gibraltar twice and Georgia once. The team scored a combined three goals in the wins over Gibraltar, a team currently ranked 196th in the FIFA World Rankings.

Under recent managers, Ireland had no identity. They seemed to take each fixture on a game-by-game basis, with little regard to establishing anything that could considered to be close to a long-term plan.

The two results this week have been disappointing, but you could see what Stephen Kenny was trying to do despite the fairly timid performances.

Ireland are trying to play out from the back, keeping the ball whenever they can instead of aimlessly punting long balls up the pitch in the hope of finding a forward. The back four are now required to get the team playing football as opposed to simply worrying about getting the ball as far away from their own goal as possible.

A really small thing, but under Mick McCarthy the Irish defence used to warm up before games by heading the ball 25 yards.

That is a massive change, and one that will take time to bear fruit. Ireland have looked suspect at the back on occasion this week, but that is largely down to the team being set up to take the initiative. Previously, it was all about reacting to the opposition.

The three players who started up front had a combined 21 caps at senior international level, and 17 of those came from Callum O'Dowda. In midfield, they had a debutant, a player who hadn't started a game for Ireland in nearly two years, and a winger who hadn't played central midfield in quite some time.

Even Matt Doherty, Enda Stevens, and John Egan, three supremely talented players who are in the prime of their careers, had a combined 28 caps before kick-off.

Let's give the man some time. Hopefully, it will all pay dividends in the end.