Fives games into Stephen Kenny's reign as Ireland manager, you could pretty sum up each result in the same way.

Ireland passed the ball well. They defended to a decent level. They created chances. They're just lacking that clinical edge up front, and perhaps a little bit of luck.

That was the story once again during the 1-0 defeat in Finland. The away side were arguably the better team tonight, certainly in terms of chances created. However, one lapse at the back was all that was needed for the Finns to break the deadlock.

There was return of favour at the other end. The Irish missed a number of chances, most notably in the last half an hour or so. Enda Stevens hit the crossbar, Shane Duffy effort from a corner went over the bar, Matt Doherty nearly scored with a looping header, Aaron Connolly tested the goalkeeper on a couple of occasions, before Ronan Curtis forced a stunning save late on.

Ultimately, it wasn't to be. 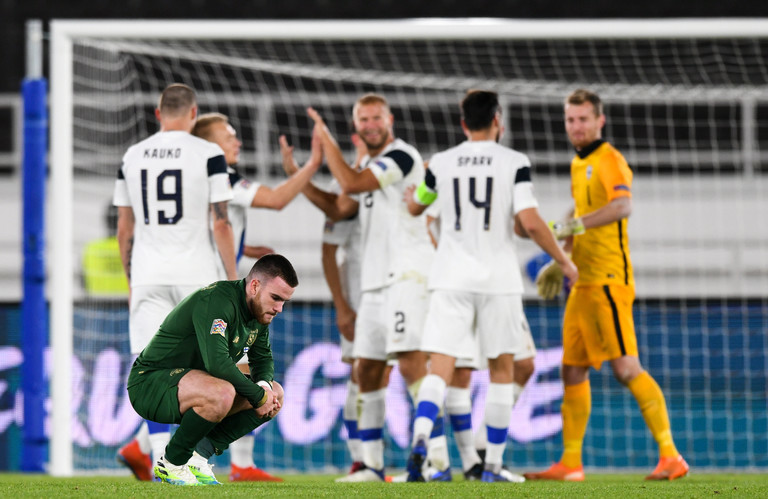 Of course, this result was met with a predictable reaction. A vocal minority are already using it as evidence that Stephen Kenny is out of his depth, that he's a bluffer who has conned his way into the top job in Irish football.

After all, who does he think he is to attempt to change the style of play that brought us so much success, the one that has seen us qualify for three of the last three of the last 12 major tournaments before his tenure while playing some of the most putrid football known to man?

There's only so much a logical response to such criticisms will do. Those people already had their mind made up about Stephen Kenny and this team before a ball was even kicked.

Everything needs to be viewed in perspective.

Firstly, Stephen Kenny did not inherit a winning team. He got one that has performed very poorly for the last three years, one that was ageing and failing. He's not ripping up a winning formula.

This is a relatively minor point, but it must be pointed out that Ireland were missing 12 players from their original squad tonight. Every team is playing under difficult circumstances at the minute, but it would be remiss not to mention it.

Then you have the fact that they are blooding so many new players. Seven members of tonight's matchday squad were aged 21-years old or younger. Before the game in Finland, they had a combined 10 senior international caps.

Incorporating a number of young players into a team, especially when they are set to play keys parts like Aaron Connolly and Jayson Molumby, will take time. If previous managers were attempting to bring in new players, we would be told they needed time to adapt. Why should that be any different now?

In fact, it is probably even more difficult when even the most experienced members of the squad are being forced to get used to a new style of play.

The impact of that new style cannot be underestimated. Ireland are not scoring goals, but the chances have been there. Despite a disappointing week, Ireland probably created more scoring opportunities in the three games than they did under the eight competitive fixtures during Mick McCarthy's second term combined. 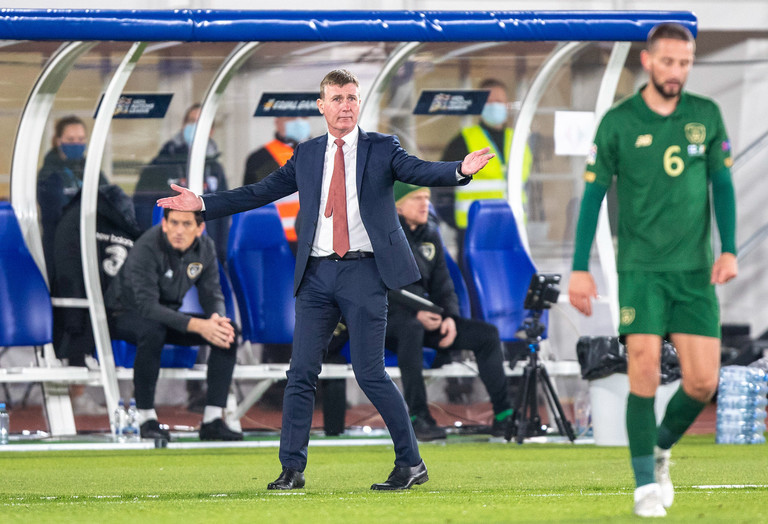 While the scoreboards may not yet reflect it, Stephen Kenny has already made quantifiable positive changes to this team. They pass the ball better, create more chances, and look a far more cohesive unit. This has all been done while incorporating youngsters who make up Ireland's most exciting batch of players in a generation.

Football cannot be viewed in binary terms. Not every loss is a crisis, just as every win doesn't necessarily vindicate what came before it. If everything went exactly the same way over these last fives games, but Ireland managed to find the net on a couple of occasions, Kenny could be being hailed at the messiah by the same people now lining up to criticise him.

Those yearning for the Mick McCarthy era have short memories.

Seven goals in eight games in a qualifying group containing both Georgia and Gibraltar is hardly indicative of any sort of glory days. The former Ipswich boss can speak about results as much as he wants in the commentary box, but the fact of the matter is that he failed to get any of real consequence in that group. He beat Gibraltar home and away, beat Georgia at home, and didn't even threaten a victory in any of the other fixtures.

Going back to the O'Neill era, Ireland haven't won a fixture of real consequence since the victory over Wales in 2017. That's the task facing the new manager.

Stephen Kenny may not turn out to be a success as Ireland boss. It is simply too early to know.

We would have some confidence that he will be. There are already signs that the team is improving, and with a crop of young players that are only going to get better, Ireland can have a bright future.

We need a progressive manager to lead that group and Kenny fits that bill. Now give the man some time. 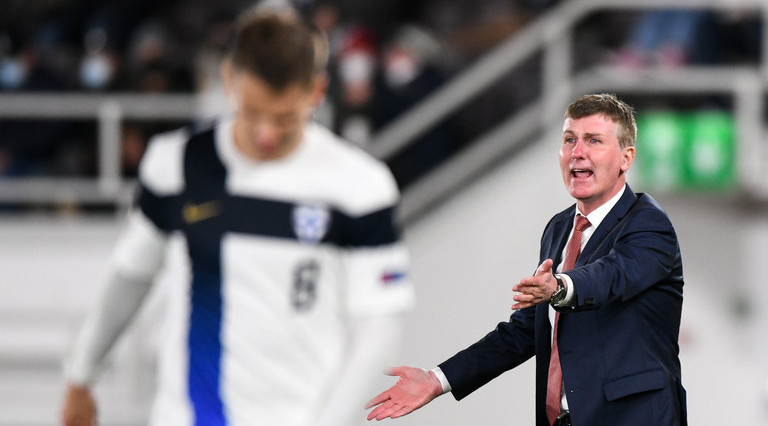 Football
6 months ago
By Michael McCarthy
Quiz: Name The Irishman With The Most Premier League Appearances Per Club
Football
11 months ago
By Mark Farrelly
Ireland Drop 8 Places In Latest FIFA World Rankings
4