The Motherwell right-back was one of Scotland's best players, keeping Raheem Sterling and Jack Grealish quiet while also offering a threat going forward. A volleyed effort from O'Donnell in the first half was only kept out by a superb save from Jordan Pickford.

O'Donnell had come in for criticism following Scotland's 2-0 defeat to the Czech Republic in their opening game of Euro 2020. Manager Steve Clarke was criticised for continuing to select him.

Speaking to BBC after the game against England, O'Donnell spoke with honesty about that criticism and the faith which Clarke has put in him.

"I think what's frustrating, in society now you see everything, it's hard to get away from it," said O'Donnell.

"It makes a massive difference when you've got a manager that believes in you. He constantly, constantly comes under attack for selecting me.

"I'm being praised tonight, but that'll quickly change against Croatia. It means a lot to me that the team all came up to me after the game. They know the stick I receive, and I appreciate the support they give me - Andy Robertson, especially.

"It's tough. At 29 you think it's easy but this is all new to all of us, and I'm just glad I was able to repay, most importantly, the manager.

"The rest of it is noise; you try and block it out, but it's difficult. Thankfully, I was able to do my manager, and all my family and friends back hom, proud."

“I’m glad I was able to repay – most importantly – the manager.”

Lasley said he thought criticism of O'Donnell had been excessive.

"I was as delighted with his performance as I was with his post-match interview because he spoke so well," he told the Daily Record.

"When you hear him speak about his family, these guys are there to please a nation but they also want to do their family and themselves proud.

"It's a lot of pressure to take on your shoulders, so you've got to cut these guys some slack some times.

"These guys are human beings.

"You try and shy away from getting too high when things are going great and getting too low when you get a bit of criticism.

"It is hard and it's difficult when the eyes of the nation are on this team at the moment.

"I thought the criticism he received after the first game was way over the top."

For somebody folk were saying he was out of his depth Stephen O’Donnell has been outstanding. More than deserves his place among the players on that pitch ???

"This Scotland team has so many role models who will inspire the next generation, on and off the pitch - and Stephen O’Donnell is one of them," she said on Twitter.

"This is so articulate on dealing with pressure, the importance of self belief and having the support of these around you."

See Also: Souness & Neville Think England Could Do With Scottish Man In Their Team 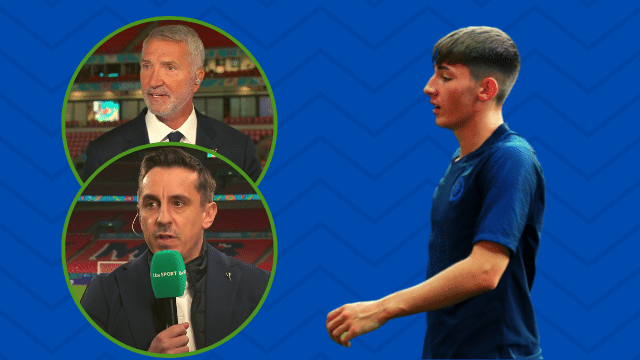