Newcastle boss Steve Bruce not surprisingly had an action packed press-conference today. The manager had a lot to answer for after it was leaked he and player Matt Ritchie engaged in a training ground spat earlier this week.

Apparently Bruce and Ritchie got into a heated argument over Ritchie's performance in their 1-1 draw with Wolves on Saturday. Ritchie felt he was unfairly singled out as being responsible for the Wolves equaliser.

Bruce confirmed that the row took place, but spent most of the press conference in disappointment at how the news was leaked. According to Bruce, these arguments are commonplace amongst teams week in week out.

Look, there's no denying that I've had a row with Matt Ritchie, but let me tell you that happens up and down training grounds every other week.

Bruce was keen to draw a line in the sand. His Newcastle side have the tough task of saving themselves from dropping into relegation over the coming weeks. They've earned seven points in their last ten Premier League games, and sit three points off a relegation spot.

A lot of Bruce's rhetoric centered around how the news broke to the media. He said the club are investigating how the news was spread, and who is culpable for releasing the story to the outside press.

Unfortunately he (the journalist) has a source in and around the club that feeds him. It is the most disappointing thing. We are all looking to find out the culprit. It's not de-stabilising, it's disappointing. The reason for that is because we have someone in and around us who is leaking things to a newspaper.

It's not the only bit of recent controversy embroiled between Bruce and his players. He made the decision to drop goalkeeper Karl Darlow in favour of Martin Dubravka, who was returning from injury. Claims were made he leaked that story to the media before the Wolves game.

If I thought I would do that, I would resign tomorrow. It's simply not true. It's unfair on Karl and arguably, over the last 18 months, that's been the most difficult decision I've had to make.

Newcastle will have to turn their attention to a Sunday meeting with strugglers West Brom, who are sitting second from bottom. Three points for The Magpies would not only help their survival hopes, but fend off the challenge of The Baggies getting out of relegation.

Matt Ritchie came out after the news emerged and apologised for the argument. According to Bruce, he's buried the hatchet with Ritchie but the media attention it has received has brought an unnecessary spotlight to it.

The very following day he trained well and came in and apologised in front of the staff and players. From that point on it was done with. It happens on a regular basis. These things happen. It was forgotten about but unfortunately it has been regurgitated in a newspaper. 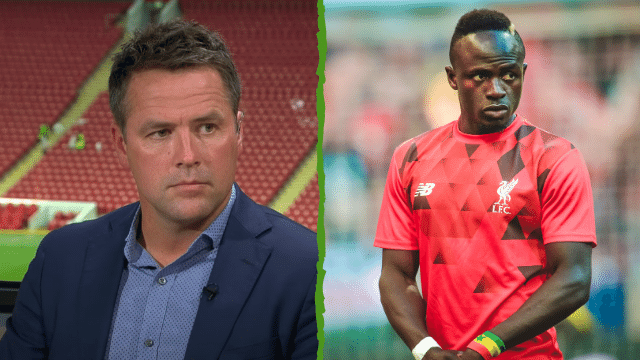 Football
3 years ago
By Arthur James O'Dea
Reports: Two Newcastle Players Caught Fighting Over Benitez's Tactics
Popular on Balls
Rugby
2 days ago
By Colman Stanley
Keith Earls Shares Story That Captures Andy Farrell's Decency
Football
2 days ago
By PJ Browne
'If He Continues With Performances And Goals Like That, Stephen Kenny Will See It'
Football
2 days ago
By Eoin Harrington
Quiz: Name Every Player To Score In A Champions League Final
Football
1 day ago
By Gary Connaughton
Portsmouth Likely To Retain Gavin Bazunu This Month Despite Championship Interest