Liverpool coasted to a 4-0 win away to Bournemouth in the early kick off today, with Mohamed Salah wreaking havoc on the South Coast, plundering three goals.

The first came from a dubious offside call; Roberto Firmino's long range effort parried into a dangerous area by Asmir Begovic for Salah to slam home, though replays show the Egyptian was offside when the shot was taken.

Salah's second came after a mazy run which saw Steve Cook try to foul the forward in the build up only for Salah to shrug off the challenge and finish neatly into the bottom right corner. 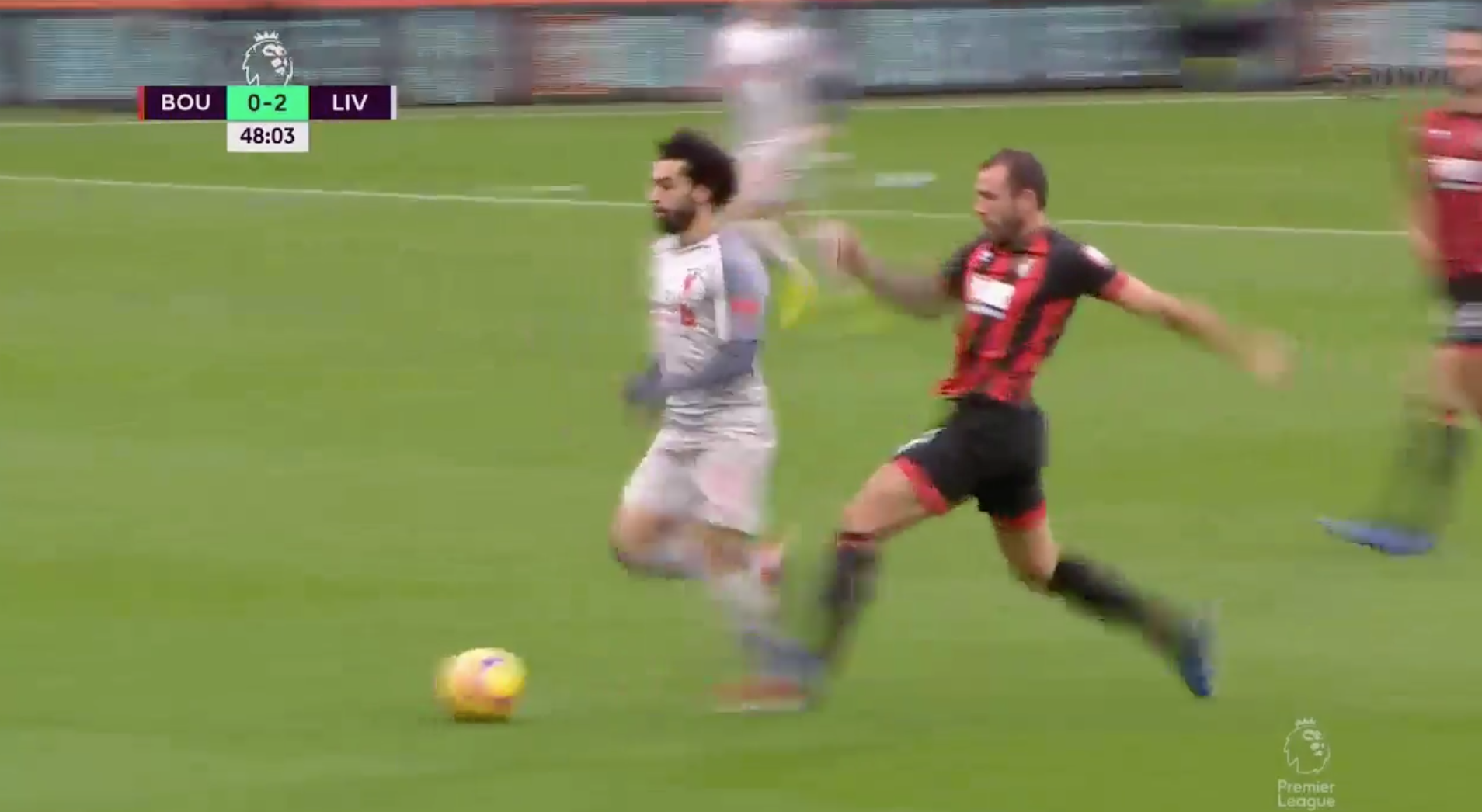 Cook's day then went from bad to worse when he inexplicably backheeled a terrific own goal past his own keeper to make it 3-0 to the Reds.

The 27-year-old would have his misery compounded by Salah again with the fourth goal, the Englishman losing out in a tussle with the Egyptian only to see his opponent go through on goal and toy with the Bournemouth for a few seconds before poking into the net.

Steve Cook please don't try and snap Mo when he's clean thru because it doesn't end well for you. Just a bit of friendly advice ?? #BOULIV #lfc

It was a clinical performance from Salah, though a few eyebrows were raised by fans in regards to Salah's muted celebration for each goal:

Whats with the lack of celebrations from Salah #BOULIV