Steven Gerrard Couldn't Believe He Was Linked With Everton Job

Steven Gerrard managed to end Rangers' title drought last season, meaning it was always likely he would be linked with a return to English football this summer.

He was mentioned as a possibility for almost every vacant position in the Premier League, including one on Merseyside.

Eyebrows were raised when some suggested that Gerrard was on the shortlist for the manager job at Everton, an unlikely pairing considering his links with Liverpool.

In the end, they would appoint former Reds boss Rafael Benitez, something that did not go down well with many of their supporters.

Speaking to ESPN, Gerrard said that any links with Everton were a non-starter for him, believing Benitez was in a different position despite also being associated with Liverpool.

Rafa wasn't born in the city, he's not a red through-and-through and he never played against Everton for 20 years and competed against them, so I think it's a very different situation [to mine].

Rafa is his own man and will make his own professional decisions, so there's no surprise that he wanted to get back in the Premier League at a big club and have the opportunity to compete against all the top teams in the league, so I wasn't very shocked and surprised at all in all honesty.

I was very shocked and surprised that my name was linked to the job. I don't know where it came from, whether it was paper talk or if there was any truth in it, I'm not sure.

[Managing Everton] is never a possibility as far as I'm concerned.

There would just be something wrong about seeing Steven Gerrard representing Everton.

The 41-year old has been open about his desire to manage Liverpool in the future, a hope that likely would have been severely dented had there been anything in the Everton links.

He will have to time his next move correctly if he is to one day end up in the dugout at Anfield. 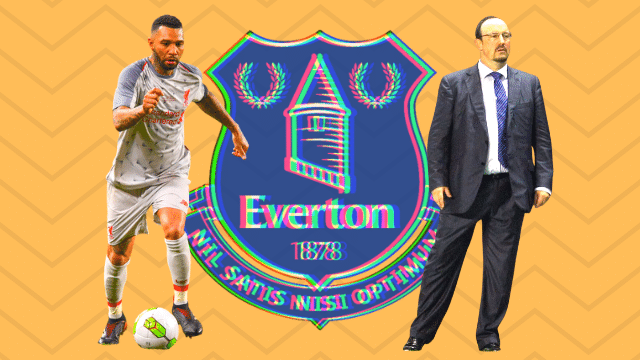