Steven Gerrard got a quite the reception upon his return to Anfield this afternoon, but he will come away from the ground disappointed as his Aston Villa side failed to take anything from the game against Liverpool.

It was a good performance from his team, who defended well even if they did require Emiliano Martinez to make a couple of big saves at times. In the end, Mohamed Salah's second half penalty was the difference between the sides.

It was sure to have been a bittersweet day for Gerrard. He got a very warm welcome from the home supporters after emerging from the tunnel before the game.

Stevie G is welcomed back to Anfieldpic.twitter.com/Bznjo9Dx7p

This was the first occasion he had come to Anfield as a member of the opposition having opted against ever joining a club that could see him come up against Liverpool.

The same cannot be said of some of his former teammates, Michael Owen chief amongst them. He would join Manchester United later in his career, something that was not well received on Merseyside.

Owen was part of DAZN's coverage for this fixture, asking Gerrard after the game how it felt to return to Anfield as part of the opposing side. His old teammate couldn't resist a dig at the former striker.

Owen joined Manchester United in 2009, although he would later reveal that he spent a number of years trying to rejoin Liverpool after leaving the club in the summer of 2004.

As for Gerrard, he would have been pleased with many aspects of Villa's performance today. He now has a record of three wins and two losses in his first five games in charge, although those defeats came in close losses to Liverpool and Manchester City.

It will be interesting to see if they can continue to improve over the remainder of the season.

SEE ALSO: Delaney Feels Liverpool Could Be Better Off Moving On From Mo Salah 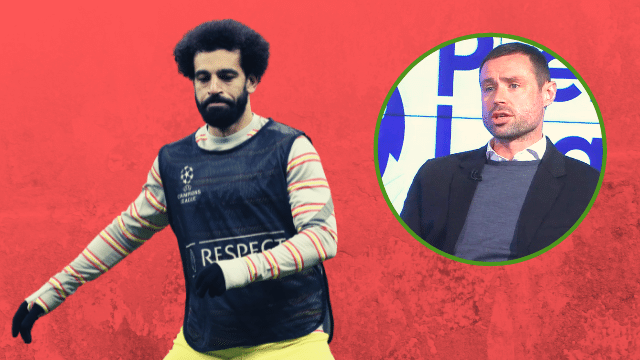