Rangers moved closer to a first league title since 2011 with a 1-0 win over Livingston on Wednesday.

Alfredo Morelos scored the winner for Rangers in the 87th minute. He did so with Steven Gerrard not on the sideline. The Rangers manager was sent off at half-time following an argument with referee John Beaton.

Gerrard rightly felt that Rangers should have been awarded a penalty after Livingston goalkeeper Maksymilian Stryjek fouled Morelos in the box. Instead, the Colombian was booked for diving.

"You're not speaking to me?" Gerrard told the official as the players and officials walked off the pitch.

"I know why you're not speaking to me. It's because you're fuckin' bang wrong. You're bang out of order."

Following the game, Gerrard told Sky Sports that the though it was "100 per cent a penalty".

"I'm somebody who wants to support officials as much as I can because I realise how hard the job is," said Gerrard.

"I've got the worst view out of everyone and I can see it clearly. I'll go with one mistake, and I'll keep trying to do everything I can to support officials but I can't have it when three make the same mistake - it's bang out of order.

"We'll definitely appeal it because I think it's out of order that Alfredo was booked for something that he does nothing wrong. We should have had a penalty - that could have been an earlier breakthrough. We could have went on and won the game a lot more comfortable.

🗣️ "Don't worry about Alfredo, he has just scored the winner and is in there dancing around with no top on to Sweet Caroline" 😂

Steven Gerrard is not too concerned with the reputation Alfredo Morelos has with referees pic.twitter.com/GPLthq2Tkr

"It galvanised us even more. We carried on fighting all the way till the end and got out of the game what we want.

"I asked for an explanation at half-time, and the explanation I wanted was 'How can three people miss the same incident when they're all looking straight at it?' That's the only explanation I wanted. OK, I got a little bit emotional, which I apologise for, but at this level with those experienced officials, you'd expect better.

"I just wanted a conversation. He didn't look at me. He walked away from me. He said that he wanted to speak to me inside but how can you speak inside if we're all in separate stands. It's impossible. I don't feel that I've done anything wrong except ask for an explanation."

Asked if he was worried about Morelos possibly getting a reputation for diving, Gerrard quickly dismissed the suggestion.

"He's just scored the winner, and he's dancing around there with no top on to Sweet Caroline - he's fine." 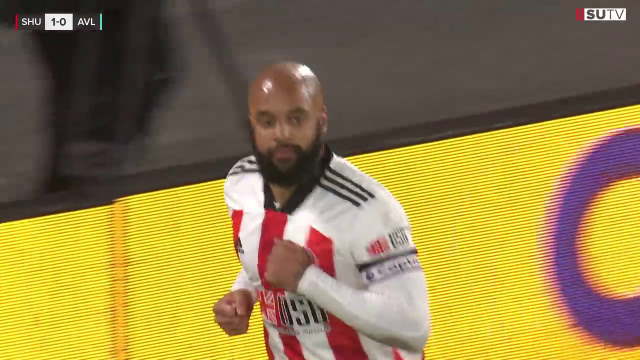