Former Republic of Ireland utility player Steven Reid has opened up on the culture that was present in the squad during his playing days and explained how it helped forge a unity.

From 2001 to 2008, Reid made 23 appearances for Ireland, having qualified through his grandfather. Now working in football as a coach, the 37-year-old recently spoke to Full Core Football 24 for a wide-ranging interview on his playing career and transition to coaching.

During that interview, Reid explained how the "good time" culture actually benefitted the team.

Really close-knit environment. You hear about other countries where players, believe it or not, are reluctant to meet up. There is clicks and egos in the squad. With Ireland, rightly or wrongly, there was a culture of having a good time as well. Irish love a pint now and again! That was part of it, part of how we got results. The togetherness, enjoying a drink at the right time. That togetherness with the fans. I think that's what brought a lot of the success. 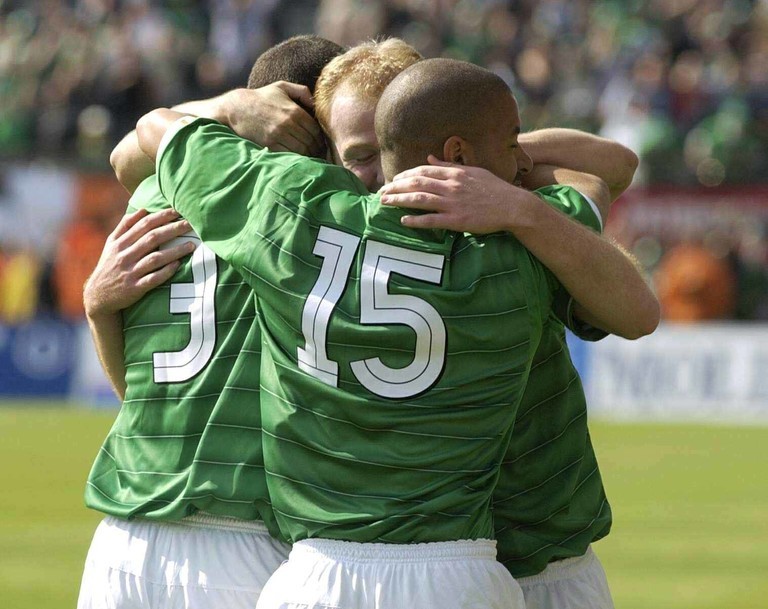 It's a reputation that lingered over the team and was even used as a source of criticism in the final days of Mick McCarthy's first stint as manager.

At the time, the team was also captained by Roy Keane. Reid also recalled how despite his inexperience there was an immediate demand to 'step up' from the Manchester United legend: "Seeing him work every day in training, every training session means something. Every five a side game, every possession, every pass means something to him."

"I remember my first squad though, he fizzed a pass to me, bouncing around my shins and my knees! He gave me a look to say... it wasn't an arm around and 'welcome to the squad.' This was 'you've stepped up now and you need to be at this level.' the way he trains and behaves on the pitch, that raises your game."

Football
2 months ago
By Colman Stanley
In Pictures: The Joyous And Surreal Scenes When Ireland Qualified For The 2002 World Cup
31

Football
2 months ago
By Colman Stanley
In Pictures: The Joyous And Surreal Scenes When Ireland Qualified For The 2002 World Cup
Football
2 months ago
By Gary Connaughton
Mick McCarthy Recalls Brilliant Incident Involving Jack Charlton & Northern Ireland Fans
Football
2 months ago
By Donny Mahoney
The True Story Behind The Incredible Song That Mick McCarthy Made With Linda Martin
Popular on Balls
Rugby
2 days ago
By Colman Stanley
Keith Earls Shares Story That Captures Andy Farrell's Decency
Football
2 days ago
By Eoin Harrington
Quiz: Name Every Player To Score In A Champions League Final
Football
1 day ago
By PJ Browne
'If He Continues With Performances And Goals Like That, Stephen Kenny Will See It'
Football
14 hours ago
By Gary Connaughton
Portsmouth Likely To Retain Gavin Bazunu This Month Despite Championship Interest