One Of Ireland's Most Underrated Players Has Just Retired From Football 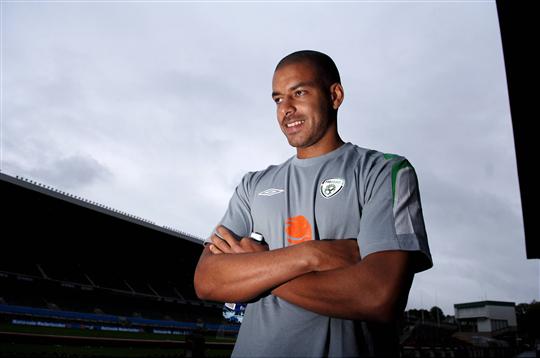 That sentence will be doing the rounds quite a bit today after it was announced that former Ireland international Steven Reid had taken the decision to retire from football.

It is with a heavy heart that I announce my retirement from professional football at the end of the current season.There has been many highs

2.. and lows during my 17yr career and I would like to thank everybody, especially family, who have been part of the wonderful journey.

When fit, Reid was one of Ireland's most consistent performers. Unfortunately however, he will almost inevitably be associated with the injury problems which dogged him throughout his career.

Reid who made six appearances for Burnley in the Premier League this season, won his first Ireland cap in 2001. He would go on to make two appearances at the 2002 World Cup before calling time on his international career in 2008 to concentrate on his return to fitness.

Although there will likely be a sense of 'what might have been', Ireland fans will certainly remember Reid fondly for always giving his all in a green jersey and being a thoroughly decent chap while he was at it.

Football
4 weeks ago
By Jonathan Byrne
Unsung Irish Heroes In The Premier League: A Starting Eleven
70

Football
4 weeks ago
By Jonathan Byrne
Unsung Irish Heroes In The Premier League: A Starting Eleven
Football
2 months ago
By Fiachra Gallagher
Leeds United in Ireland: A Decades-Long Love Affair
Football
2 months ago
By Jonathan Byrne
Irish-Portuguese Phenom Cristiano Fitzgerald Has 'Ireland In His Heart'
Popular on Balls
Rugby
2 days ago
By Colman Stanley
Keith Earls Shares Story That Captures Andy Farrell's Decency
Football
2 days ago
By Eoin Harrington
Quiz: Name Every Player To Score In A Champions League Final
Football
1 day ago
By PJ Browne
'If He Continues With Performances And Goals Like That, Stephen Kenny Will See It'
Football
13 hours ago
By Gary Connaughton
Portsmouth Likely To Retain Gavin Bazunu This Month Despite Championship Interest