Stiliyan Petrov believes a change of manager is required at Celtic.

Petrov, who spent seven years at Parkhead - nearly all of them as a teammate of current manager Neil Lennon - would be excited to see Roy Keane get the job.

The Bulgarian was also at the club for Keane's brief time there as a player during the 2005/6 season.

"What a name to be linked with the job," Petrov told the Celtic Huddle podcast.

"To be honest, it's something that's needed. Does Roy Keane go head to head with Steven Gerrard and compete with the same intensity and same desire? Yes he does.

"Is he going to be somebody who the Celtic fans would like to see in charge? I think so. Would I look forward to it? Yes. Would that fire get back to Celtic players again? I think it would.

"You can compare what Steven Gerrard has done at Rangers. Look at the difference from two-and-a-half years ago. Now, he has a team who are ready to compete and fight for the jersey, the manager and the cause.

"That's what we need Celtic to start doing again and unfortunately they have to do it sooner rather than later.

"I'd be quite excited to see that change made and obviously Roy being given a chance, so it'd be interesting to see if that would happen."

Petrov believes that Celtic were caught by surprise with the strength of Rangers' challenge this year as they aimed to win 10 consecutive titles. He also feels that had a crowd allowed attend games at Parkhead this season, Lennon would have been replaced already.

"Yeah I think so," said Petrov when asked if it is time for Lennon to be sacked.

"I think it comes to the point where Celtic do have to make the change.

"Celtic still try to play the football that we've seen under Brendan Rodgers, nice slick football with a lot of possession.

"But now we've seen a ruthless Rangers. They will go and stop you playing. They will have better characters, better leaders, people who will stop you winning again. We have to stop that approach.

"I was in a dressing room when that happened in 2000 when Martin O'Neill replaced John Barnes. The change was needed.

"When a manager starts asking about reaction, desire, determination, commitment - then you have an issue. You have a huge issue in a dressing room.

"It's something they have to deal with. Are they going to make that change now? In a month's time? They have to decide that.

"I think they have to make a change now and have a bigger push for next season."

See Also: The Football Stadiums Which Dublin Could Have Today - But Which Were Never Built 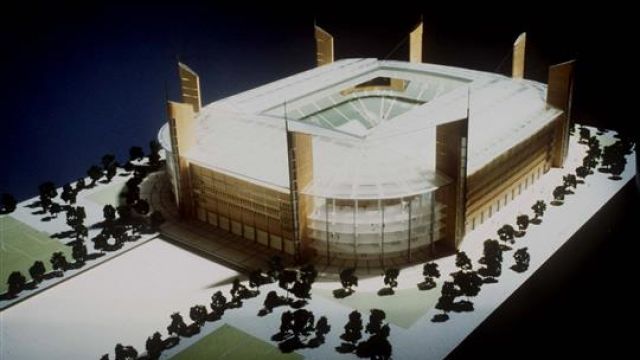 Football
16 hours ago
By Eoin Harrington
Something Very Exciting Is Happening In European Football All Of A Sudden
Football
21 hours ago
By Michael McCarthy
5 Titles, 3 Cups, And A Treble, But Will Neil Lennon Be Considered A Failure As Celtic Manager?
Football
2 days ago
By Gary Connaughton
Instagram To Investigate Vile Abusive Messages Sent To Shane Duffy
Previous Next

Football
16 hours ago
By Eoin Harrington
Something Very Exciting Is Happening In European Football All Of A Sudden
Football
21 hours ago
By Michael McCarthy
5 Titles, 3 Cups, And A Treble, But Will Neil Lennon Be Considered A Failure As Celtic Manager?
Football
2 days ago
By Gary Connaughton
Instagram To Investigate Vile Abusive Messages Sent To Shane Duffy
Popular on Balls
GAA
17 hours ago
By PJ Browne
'I Have Pictures Of Stephen Cluxton All Around My House, It’s A Bit Weird!'
Rugby
18 hours ago
By Balls Team
Son Of Offaly Hurling Legend Set For Super Rugby Debut
The Rewind
16 hours ago
By Sean Meehan
Introducing The Vote For Ireland's Greatest Singalong Song
Rugby
14 hours ago
By Eoin Harrington
Rob Kearney Player Mic Gives Great Insight On Western Force Debut