Rangers fans have received plenty of backlash this week, after videos of their celebrations after winning the Scottish Premiership title emerged on social media. The latest detractor is Scottish First Minister, Nicola Sturgeon.

Sturgeon has come out against the celebrations, condemning them for "fragrantly breaching rules that the rest of us are following each day at great personal cost." She spoke to the Scottish Parliament about the issue on Tuesday.

Thousands of Rangers fans emerged outside The Ibrox after their first league title in nine years. Police in Scotland reportedly made a small number of arrests at the gathering. The club's twitter account made over 50 posts or retweets without addressing the mass gathering.

Thousands of Rangers fans broke lockdown rules to gather outside Ibrox to welcome the team ahead of their Scottish Premiership match with St Mirren as they close in on their first league title for 10 years. pic.twitter.com/hR6N6zQ0pM

According to Rangers chairman Douglas Park, Sturgeon and the Scottish parliament showed a "dereliction of duty" by failing to provide plans for their title situation.

Sturgeon insisted that Rangers "could have done more to avoid this situation" and added, "The fact is that elite sport is being allowed to continue just now, so that fans, deprived like all of us of so much else in life, can continue to watch and support their teams."

The Scottish First Minister has also admitted that the celebrations won't go unpunished.

But given the fragility of the situation we face right now, we simply cannot turn a blind eye to what happened at the weekend, and we won't.

Deputy First Minister, John Swinney, has also come out against the fans reactions. He has vowed that there will be talks with the club about the aftermath, and has labelled their flouting of lockdown rules as a "disgrace".

Rangers have reiterated that they tried to initiate contact with the government as far back as February 22nd about the celebrations. They wrote to Scottish Police and were promised a follow up from parliament but never received it.

Chief Constable of Police Scotland, Iain Livingstone, has asked for an investigation to be carried out into the mass gathering.

I have asked Mr Scott to consider the events of the weekend at the next scheduled IAG meeting on Friday, 12 March, having regard to the fundamental human rights principles of legality, necessity and proportionality, and to consider any relevant issues for the policing of future events over the coming months.

See Also: DUP MP Calls For Rangers Title To Be Recognised In Parliament 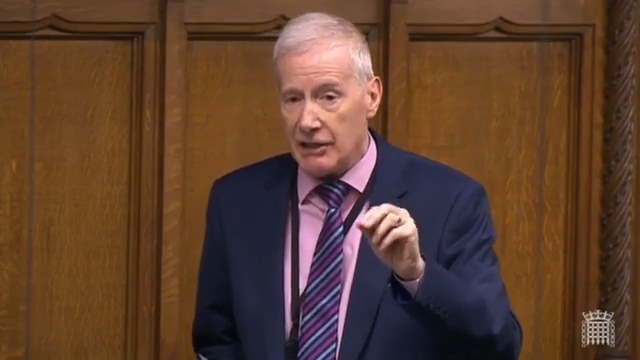 Football
1 hour ago
By Michael McCarthy
Marko Arnautovic Gets One Game Ban - Is It A Cop Out?
Football
3 hours ago
By Donny Mahoney
VAR At The Euros Has Proven How Poor Premier League Refereeing Is
Football
17 hours ago
By Emmet Bradshaw
Sadlier And Hamann Absolutely Nail Football's Backward Concussion Attitude After Pavard Collision
Previous Next