On the day Weetabix was announced as the official cereal of the FAI, we ponder and lament the waned influence of a very different cereal on the beautiful game.

If that statement rings a bell for you then, like me, you insisted your Mother buy as many boxes of Sugar Puffs as she could carry on the weekly shop for you to inhale while watching Rugrats or whatever else was on at 8am on a Saturday morning.

Yes, the puffs were delicious, and the little honey jackets caused them to clump together which made for a cluster of sugary goodness, but my obsession with Sugar Puffs and my mission to get to the end of the box as quickly as possible had absolutely nothing to do with the cereal.

As someone who had just become a teenager when Roy Keane departed the Irish camp in Saipan ahead of the 2002 World Cup, I grew up in what I consider the golden age of Saturday morning cartoons. These shows, which we still fondly remember today (Doug, Hey Arnold!, Recess, I could go on for days), were best accompanied by a bowl of cereal.

Marketers knew this, so most adverts in between cartoons were often cartoons themselves, with little monkeys trying to convince me to try Coco Pops (by coming back from a ridiculous scoreline to win the Jungle World Cup in suspicious circumstances), or a wee astronaut trying to convince me that 'Ricicles' weren't just Rice Krispies with more sugar, but these tactics were ineffective against me, a young lad totally and utterly obsessed with football.

Sugar Puffs, however? They saw their chance and grasped it. For years, Sugar Puffs adverts became centred around football, and back in the days when a box of children's cereal always had a toy in it - something the younger generation will never know they are missing out on - they knew how to get to my heart.

For me, it all started with pencil toppers. 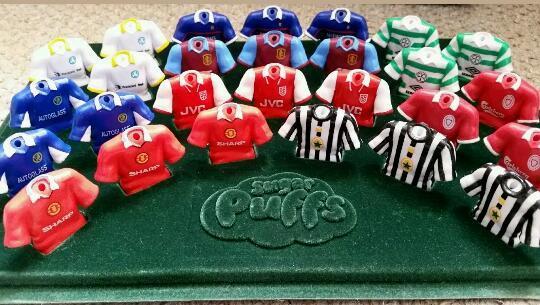 A little miniature football shirt with a player's name on the back so you could pop it on the top of your pencil at school. That's it, nothing special, and yet when I saw a pal arrive into school one day and whip out a pencil with Marcel Desailly's Chelsea jersey on it, I knew we were making a stop at the supermarket on the way home.

I remember my first, as well. I ripped the box open, plunged my hand into the giant bag of Sugar Puffs (it was only me, the youngest, who would be eating them but really I wouldn't have cared wither way that my unwashed hands were all up in the cereal) and rummaged around until I found it. I was hoping for David Beckham, I would have settled for a Gary Neville, and when I saw the red I thought for sure I had at least secured a Manchester United player..

Instead, it was Steve Stone of Nottingham Forest. 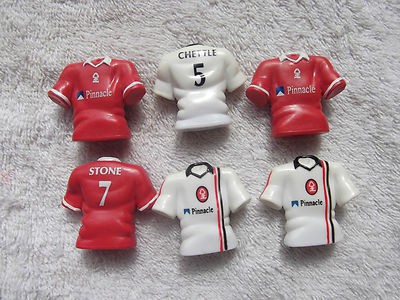 And I was delighted. I didn't care that Stone was a poor man's Lee Carsley, I had a Sugar Puffs pencil topper to bring into school. Suddenly all the lads had them. Every week someone would get a new one after the weekly shop for the family, and soon the quality of the player on your pencil reflected your social status. The kid who got Michael Owen probably still talks about it today.

Like any fad, the pencil toppers came and went, although not before adding Celtic and Rangers. 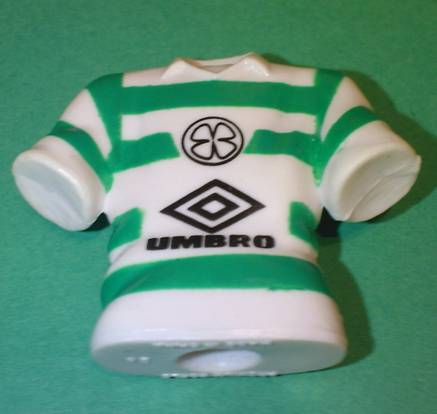 They were a brief obsession, but Sugar Puffs were all in for the football crowd, and while it was always nice to get a toy in the cereal, the adverts were really where they won me over.

Who remembers back in the 1996/97 season, when Kevin Keegan was out of ideas and brought the Honey Monster off the bench to win the Cup Final?

Incredible scenes. Probably the best #9 Newcastle ever had, that lad. Newcastle haven't won a trophy since.

Or how about the time Peter Schmiechel got injured while playing for Man Utd and Raymond Van Der Gouw was cruelly snubbed for a new signing who was tasked with replacing the great Dane?

And a 'Higuita' save for good measure, what a debut.

Other cereals would offer football prizes and toys from time to time, especially when a big tournament was on during the summer, but Sugar Puffs were king when it came to the beautiful game in the kids' cereal world.

If that was in any doubt, then a superb rip-off of the iconic Nike advert with the Brazil team in the airport was the icing on the cake:

I would loved to have been a part of the idea meetings that spawned these ads, I really would.

At any stage during the 90s, opening a box of Sugar Puffs was likely to result in you finding a pop-up card, or a bike reflector or something, but the pencil toppers were king.

Are Sugar Puffs even still a thing anymore?

Well, kind of, they are now called 'Honey Monster Puffs' because sugar is obviously not something that can really market towards kids these days, unlike the 'wild west' of childrens' advertising in the 90s.

They are also quite difficult to find in Ireland, and don't expect a mini Jeff Hendrick to pop out if you do track a box down.

Still, Sugar Puffs will always hold a special place in my heart for furthering my obsession with football as a youngster, and every pencil I have used since has felt naked without the jersey of Steve Stone. 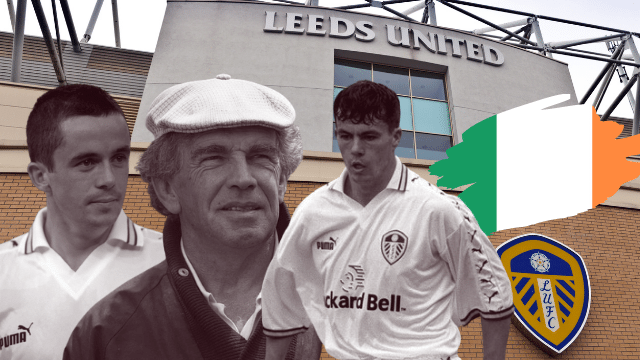