The post-mortem on Ireland's shock defeat to Luxembourg on Saturday continues nearly 72 hours after the result. While the result was depressing, it has produced plenty of heated and entertaining analysis. One of the best debates on the current Irish international manager took place on BBC 5 Live last night.

Ken Early of Second Captains was invited on The Monday Night Club hosted by BBC broadcaster Mark 'Chappers' Chapman to chat about his widely circulated post-mortem of the shock defeat.

What transpired was a snappy debate between Early and regular 5 Live contributor Chris Sutton. The topic of choice was something we're all too familiar with. The Irish Times journalist had only joined the show minutes earlier when Sutton began to admonish Stephen Kenny's "fantasy football" ideals.

Stephen Kenny's come and talked about this different brand of football, but it's a big danger trying to do that, and while his intentions are extremely good, if you don't have the players, then that's why he has been embarrassed and Ireland will continue to be embarrassed until there a little bit of reality.

Early wasn't having any of it, quickly coming to Kenny's defense and pointing to the failings of previous Ireland managers.

[Kenny has been] speaking in excited tones about what might be possible.

This is better than listening to someone like Giovanni Trappatoni, Martin O'Neill or Mick McCarthy be paid a fortune to turn around and say, 'Well what do you expect me to do? These players aren't good enough, I can't do anything with these players'

Sutton, an old stalwart of O'Neill's at Parkhead, shot down Early's optimism surrounding Kenny – "that's fantasy stuff Ken!" He pointed to O'Neill's success in guiding Ireland to Euro 2016 as evidence that his style was better suited to a nation like ours.

Early remained convinced that the negative discourse surrounding Irish teams of the 2010s – pedalled by The We-Just-Don't-Have-The-Players Brigade – was a learned attitude, and should be rejected.

Good football is something a team does. It's not about creative players. It's not about having one magical guy, like Robbie Keane, who can score goals. A goal getter. What about if you're teams good? Have you seen Iceland?

Sutton wasn't going to be persuaded. Who was right?

Here's a snippet of the interview below.

"It's not working this fantasy football is it?"

You can listen to the very entertaining discussion in its entirety starting around the 1 hour 31 minute mark.

SEE MORE: Stephen Kenny Is Remaining Steadfast In His Ireland Beliefs, Now He Needs Our Patience 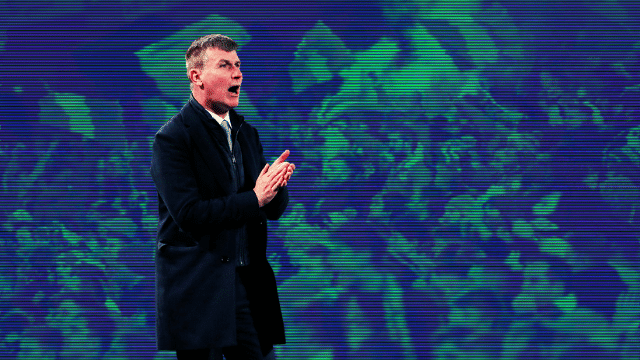