5 Things We Learned From The Superb New Barca Documentary

All legends need their chroniclers, and while it has been only six years since he left Barcelona, Pep's years in his home city have already been well-told: first there was a fine book on the team by Graham Hunter, and now there is a companion piece - a gorgeous, near two-hour film entitled Take The Ball, Pass The Ball. It's available to rent or buy on Youtube, and it comes with our seal of approval.

Here are a few of the things we learned from it.

Thierry Henry can actually be interesting

During his stint on Sky, watching Henry was often like watching paint dry on the ornate, gilded walls of a baroque mansion. In this documentary, however, Henry is genuinely interesting and illuminating. Particularly when talking about Guardiola's tactics.

Pep's philosophy is known as Juego de Posición, in which players are taught to make certain runs and movements in relation to where the ball is at that moment in time. To coach it, he divides the pitch into 20 different zones, and then instructs each player in each position how to move so as to create space and to outnumber the opposition in different parts of the pitch.

Here's Henry talking about what was asked of him when the left-back had the ball. (In this scenario, Henry is playing as the left-sided attacker of a 4-3-3).

It was the style of play I had to adapt to. Staying on the line to make sure there was space for Andrés [Iniesta]; making the run in behind knowing eight times out of ten you will not get that ball. But if you don't make the run, Andrés won't get the ball.

My first move when [the left-back, Eric] Abidal had the ball, as he's about to control it, my first move was always to ask for the ball in behind. Every. Single. Time. It's a dummy run. 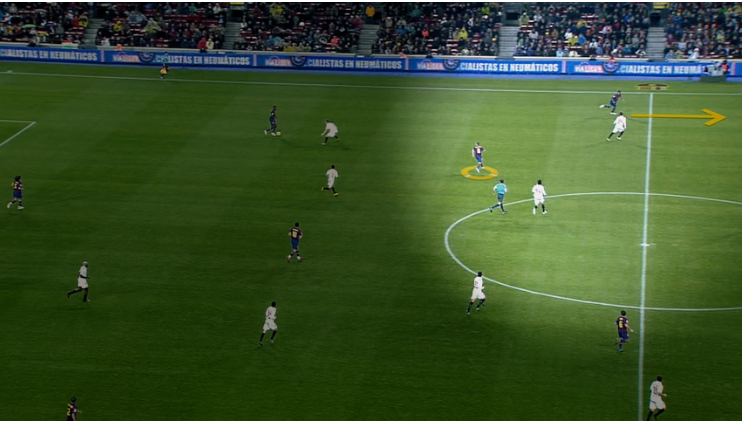 Then, Samuel [Eto'o] makes a run for Andrés. So Andrés can play it to him, I've come back from an offisde position so he can play it to me, or Andrés kills you with his dribble.

So you always have a guy dropping [in this example, Henry], a guy running [Eto'o] and a guy dribbling at you with the ball [Iniesta]. 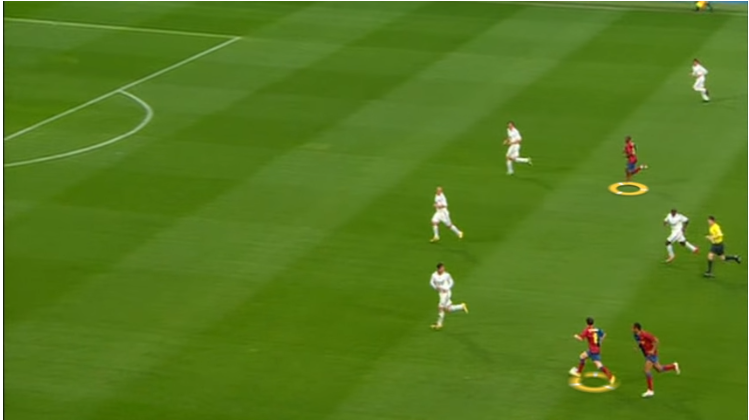 By the time you realise what's happening, you are already in trouble.

If only Henry could talk about others as well as he talks about himself.

Guardiola made a mess of the build-up to the 2009 final..and did a Martin O'Neill on the 2011 decider

Five minutes before his players walked out at the Stadio Olimpico to face Man United in the 2009 Champions League final, Guardiola gathered his players in the dressing room to watch a video he had edited together - a montage of the season thus far to the Gladiator soundtrack.

"It was so powerful...so powerful...too powerful", recalls Henry. Scrambled by their emotion - with an added Emotive Bocelli Serenade before kick-off - Barca started poorly, and it wasn't until Eto'o's opening goal that Barcelona settled and made their superiority to United manifest.

"Manchester United must have wondered what was wrong with us", says Victor Valdes. "We were in pieces".

Ahead of the 2011 final, meanwhile, arguably this team's finest moment, Guardiola pulled a Martin O'Neill and named the team an hour before the game. With Carles Puyol suffering through injury and Eric Abidal returning to full health after a liver transplant, Guardiola didn't confirm his line-up until the hour before the game. Not that it hindered them - Alex Ferguson came away spellbound, and Guardiola said that the period between the 46th minute and David Villa's goal in the 69th minute was Barca's best period of play under his tutelage.

Xavi is a future Barcelona manager

Xavi Hernandez is currently seeing out his days in Qatar, but there is no doubt he will some day return to Barcelona as manager. Nobody is as committed to the club's philosophy as Xavi, echoing the Mes Que Un Club shtick in saying that "we believe it's about much more than winning. The philosophy is the most important thing".

He barely conceals his contempt for the wanton savagery of Real Madrid and the Premier League, saying that while it is acceptable for defenders at these clubs to boot the ball clear, that doesn't cut it at Barcelona.

Xavi is football's next wearying ideologue.

There have been plenty of descriptions of the game of football as a kind of acme of socialism, everyone working together and surrendering themselves to the betterment of the collective. Pep's version, however, has an oddly stratified element to it. These are Guardiola's words:

Everyone payed their part and everyone knew their role. They all knew that Messi was the best, and no one wanted to take his crown. The home-grown players had very important roles and the foreign players played their part too.

The royalists in Madrid might even admire him for that.

It's a chance to enjoy Pep's genius without any guilt

Oh, these were the glory days, when Pep's practises and preaching were done solely to serve Barca's identity and idealism, before it became just another thing of beauty to be thieved and cynically appropriated to launder the image of a repressive, backward, and profoundly unequal state.

See Also: New Amazon Doc Asks - Would Gerrard Have Been Better Off At Chelsea?