It's here, it's actually bloody here! Four years after the camera crews and makeshift television sets left the Copacabana, the world's media will descend on Mother Russia in anticipation of the opening round of World Cup fixtures.

The 2018 edition of FIFA's grand tournament will feature some tasty games, including what should prove to be one of the matches of the month this coming Friday. So I hope you gave your boss plenty of notice if you want time off for that crunch tie between Morocco and Iran, obviously.

RTÉ Sport are broadcasting all 64 World Cup fixtures on either RTÉ2, RTÉ Player or RTÉ News Now, so you should be covered as an Irish viewer, but we've also put down which match will be on either BBC or ITV, in case you get sick of listening to Eamon Dunphy nattering on about how the game's gone.

We know you want to watch everything, but we all have lives. Jobs, wives, husbands, kids, weddings, birthdays, mass, none of it stops for the World Cup. You need to get your priorities straight right out of the gate. Here are the game you need to make sure you're free for: 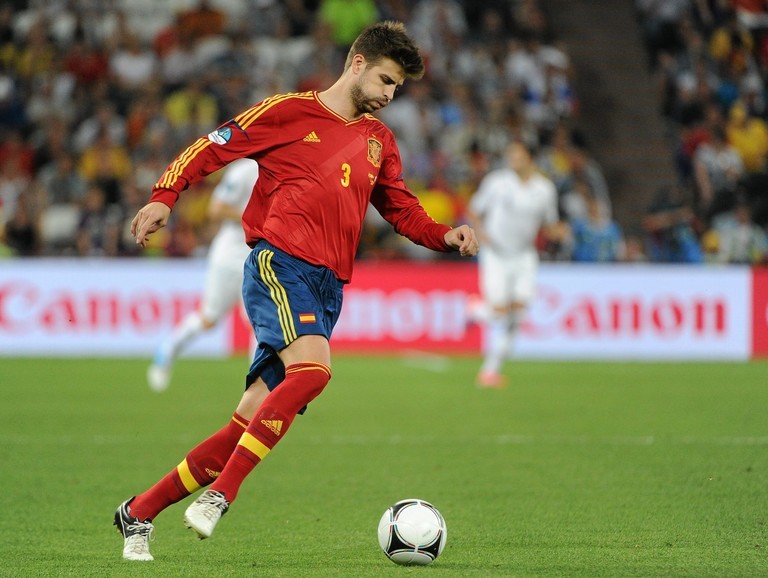 Well. Well, well, well. The entire complexion of this game has been changed utterly by the news that Julen Lopetegui has been sacked as Spain manager -- just two days before they start their World Cup campaign against Portugal, of all teams.

La Roja had visions of winning the whole damn thing,  but now their preparations have been thrown into disarray. Regardless, they possess one of the strongest squads in the world and should have no problem progressing past the group stage.

Friday night's clash with their neighbours should give us an indication of whether or not this sudden crisis will embolden the squad, or cripple them.

Portugal, looking to build on their Euro 2016 success, will be rubbing their hands in glee. They will be treating Friday as their own personal World Cup final, knowing that winning the group will give them an easy draw in the round of 16.

Aside from the drama of it all, which could finally usurp Ireland's shitstorm moment 16 years on, we get to see two rival countries with some of the most talented footballers on the planet play contrasting styles of football against each other. Magic.

Where To Watch Portugal vs Spain on TV: RTE and BBC 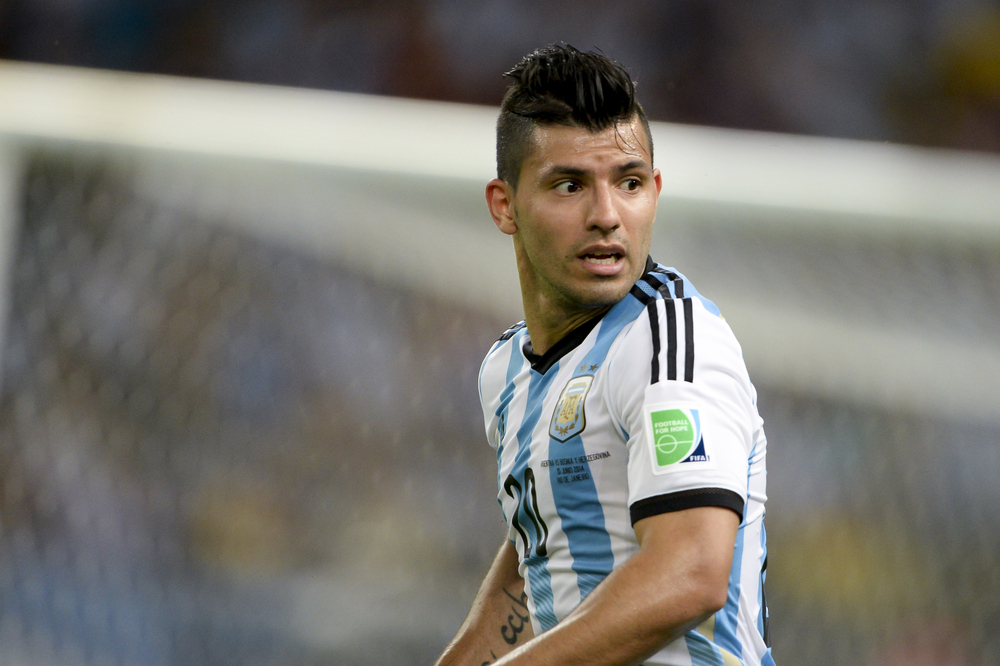 Group D in general is a very tantalising group, so much so that I had to stop myself from just putting down every single game in it. Argentina are usually one of the strongest nations at any given tournament, but they barely got over the line in qualifying. La Albiceleste have had a hard fall since reaching the final in Brazil, meaning they are very beatable right now.

Iceland on the other hand are on the ascendancy following their quarter-finals appearance at Euro 2016. They're going through something of a golden period at the moment and won't fear anyone, let alone a side who barely know their best eleven.

This mid-afternoon kick-off is only the opener, but it will have huge ramifications on the final table. An Iceland win could knock the Argentinians totally off course, which could also be bad news for Croatia and Nigeria knowing they'll have a huge fight on their hands to get to the next round.

Where To Watch Argentina vs Iceland on TV: RTE and ITV

It's hard to know exactly how strong the Koreans will be, given how little we get to see of them, but they have some dangerous players such as Son Heung-min. Sweden are a very nice footballing side who looked unperturbed by the challenge of Italy in November's play-off, so we should be expecting some cracking games from them.

With Germany in this group it's likely going to be a battle for second between the Swedes, South Korea and Mexico. The latter have brought an absolutely ancient side with an average age of 29, so we expect the Mexicans to be on an early flight home.

Short of nerves turning this into a tense and turgid affair, I think this fixture has the best chance of being an evenly matched and quality contest in this group.

Where To Watch Sweden vs South Korea on TV: RTE and ITV 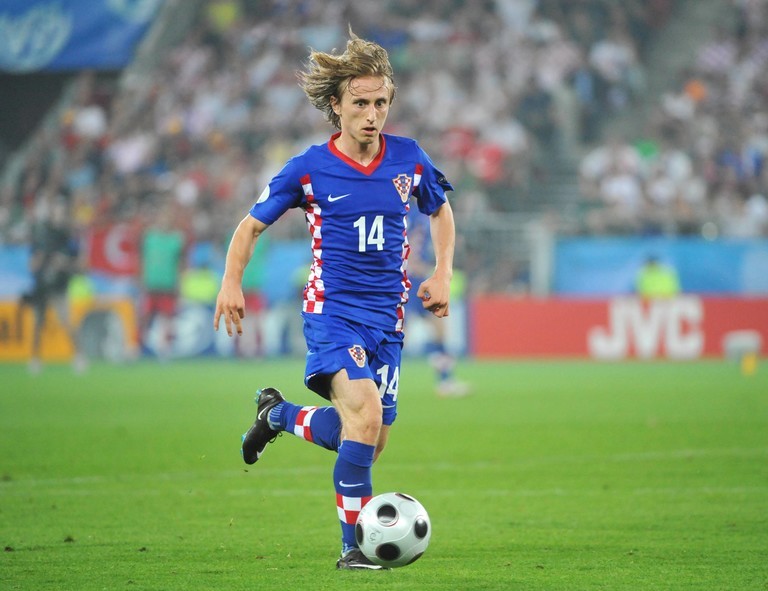 For the reasons stated earlier, there is every chance that Argentina implode here. They don't have amazing defenders and they can't seem to get the best out of their attackers, while in the background Lionel Messi has been known to give out about the football association.

On the flip side, if manager Jorge Sampaoli somehow finds the right balance they could end up ripping teams apart with the skill of Messi, Sergio Aguero and Paolo Dybala.

Croatia are technically excellent however, featuring the likes of Luka Modric and Ivan Rakitic in midfield. This might well be this squad's last opportunity to make a real impact at a competition before a new generation is needed to take over from the old heads. The Croats are no strangers to internal drama themselves though.

Where To Watch Argentina vs Croatia on TV: RTE and BBC 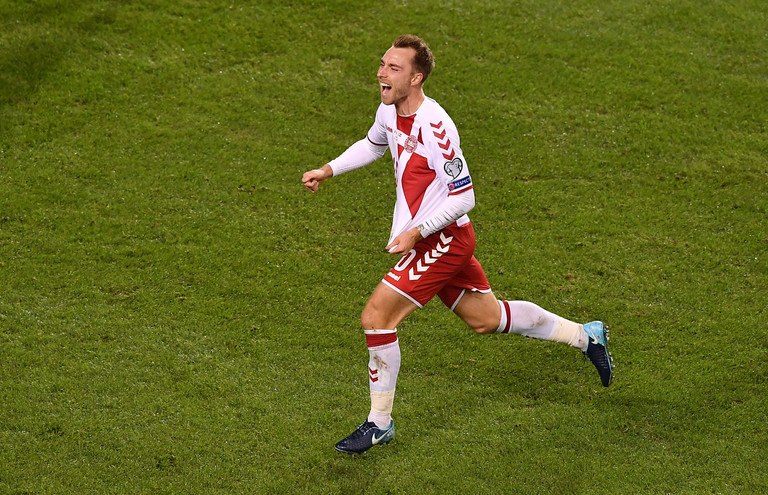 The French arguably have the most ridiculously talented squad in world football right now. They can afford to leave out guys like Antony Martial for god's sake! We got to see exactly how strong Didier Deshamp's side is when they faced Ireland in a recent friendly, suffocating Martin O'Neill's men in possession and could have easily scored more than two goals on the night.

Denmark, well, we know all about Denmark sadly, and Irish fans won't be surprised if they go relatively deep in the competition, provided they get the luck of the draw. This promises to be an entertaining affair featuring flowing football if both sides stick to their guns.

Where To Watch Denmark vs France on TV: RTE and ITV 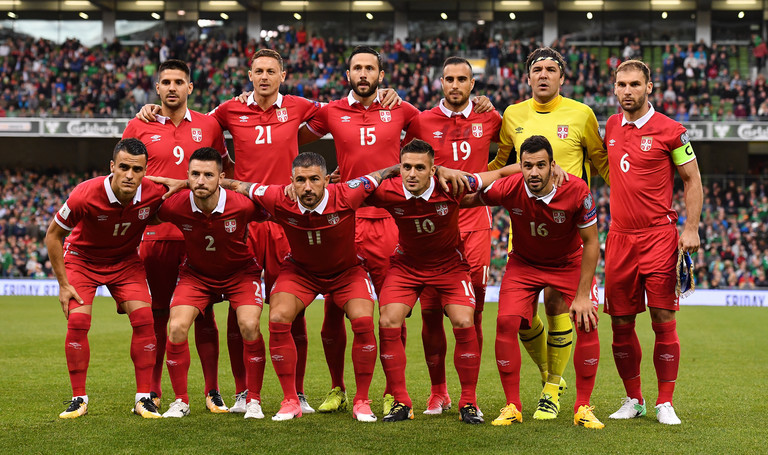 Another nation we know an awful lot about after they pipped us for automatic qualification, Serbia might not be the strongest nation but they play an attractive brand of football when they feel like it. On their day Alexander Mitrovic and Dusan Tadic can tear apart any defence.

#NUFC striker Aleksandar Mitrovic grabbed a hat-trick for Serbia today with his third being a beauty. ? pic.twitter.com/0ttq1aSVV5

The only cause for concern is they might be overawed by a Brazil team who have visions of a sixth world triumph. The Selecao have been unbeatable under manager Tite and with the players under his disposal, playing a brand of football that was thought to be long gone. Anyone remember Dunga making Brazil play as if they were Australia?

In the kind of form they are in, playing the kind of lovely football that they are, who'd bet against them going one better than 201.

Where To Watch Serbia vs Brazil on TV: RTE and ITV

Sixteen years on from the Lions of Teranga's World Cup debut, where they made it all the way to the quarter-finals, they finally return with a lot more household names in tow.

Much of that squad ended up in the Premier League following the 2002 tournament, whereas now they already feature players with bundles of experience at a very high level; Kalidou Koulibaly, Idrissa Gueye, Cheikhou Kouyate to name just a few.

But it's up front where the Senegalese will really excite onlookers; they usually play with one up top, Mame Biram Diouf or Diafra Sakho, flanked on either side by Sadio Mané and Keita Baldé. Readers will be more familiar with the former than the latter, but Baldé is a force to be reckoned with. With only eight goals to his name this season the Spanish-born striker is yet to truly light up Ligue 1 with Monaco, but he showed at Lazio that he can be lethal in front of goal.

They face a Colombia team containing more major tournament experience, but does that make them any better than the Africans? Jose Pekerman's charges will play some really attractive football in Russia, and have half an eye on going far in the competition. Yet they have defensive weaknesses that can be exploited, as evidenced by the two goals they conceded against France earlier this year.

Senegal vs Colombia will be a truly great game if both sides have a go, as the South Americans love open games where the only objective is to score four if the opponent gets three. If Senegal sit back we are in for a long evening, as the Colombians tend to find the more defensive sides painfully difficult to break down. In the past eighteen months they've had 0-0 draws against the likes of Egypt, Australia, Venezuela and Chile -- all games where they either had more possession or more shots than their foe, or both.

Where To Watch Senegal vs Colombia on TV: RTE and BBC 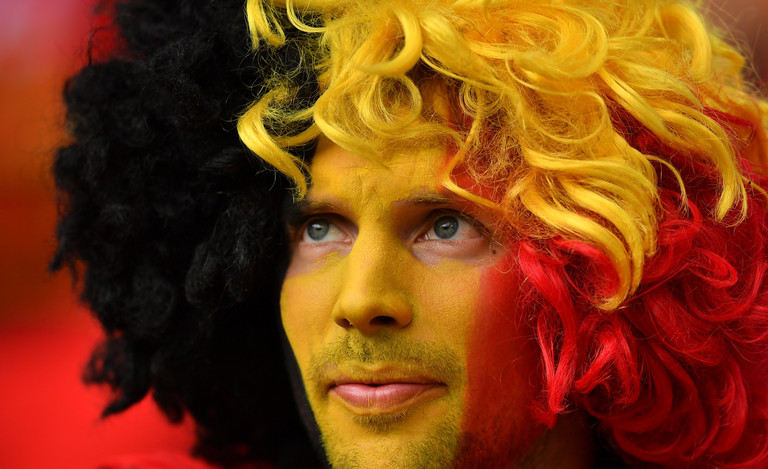 Probably the most exciting of World Cup fixtures.

Belgium on the other hand are a side with a lot of expectation back home, such is the curse of having an incredible selection of talent at their disposal. For all of his faults as a manager, Roberto Martinez' teams have played some delectable football over the years. With the likes of Kevin De Bruyne and Eden Hazard on board, they could finally shake off the dark horse tag and make a deep run in the competition.

On the field it looks like might employ a 3-4-3 in an effort to bypass their underwhelming midfield. That could mean exciting wing play from the dazzling Raheem Sterling or we'll just see a lot of long balls launched from the back up to Harry Kane. It will be intriguing to see how each side set up on the day in any case.

Assuming Colombia win Group H, then the top team in Group G will face one of Senegal, Japan or Poland, an eminently winnable tie for either England or Belgium. That makes this final group stage match a must-win for both nations.

Where To Watch England vs Belgium on TV: RTE and  ITV

Which World Cup fixtures are you most looking forward to?