What Ted Lasso Gets Wrong About Roy Keane

Amazingly, a sitcom about a folksy American football coach who takes the reins at a fictional Premier League club in London is one of the most successful TV shows of the past 18 months. Ted Lasso might not be everyone's cup of tea, but the show has built a massive following in America and beyond.  Jason Sudekis is phenomenal in the show's title role, as he tries to win over a failing football team captained by a bearded man full of rage named Roy Kent.

Brendan Hunt, co-creator and co-star (Coach Beard) of the acclaimed, Emmy-award winning TV programme did an interview with Irish radio this week about Roy Kent and Roy Keane.

Anyone who has seen the programme, and seen a game of football, will notice a not-too-subtle similarity between Kent and Keane. Roy Kent, played by Brett Goldstein, is a sweary, terrifying footballer possessed by an all-encompassing angst. He often stands with his chest very far out, and dwells in the shadow of his past glories.

The comparison to Keane is clearly by design, and Hunt shed some light on the thinking behind the creation of the Roy Kent character this week.

When we were putting this together as a show, we said, 'We know Ted is nice. What is an existing football archetype that he would have to deal with?' We could think of no greater obstacle than human bummer, Roy Keane, in his midst. We gave him a placeholder name because, 'We're not going to base him on Roy Keane. He is just going to be that vibe. That intimidation with gravitas. Not just a random jerk but someone who backs it up, and is authentic, and formidable'.

We called him Roy Kent as a placeholder. Then we got closer and closer to shooting it and it was 'Guys, he's still named Roy Kent, we're not going to keep his name Roy Kent, right? We're going to change it'. And we were like, 'Why would we change it?'

Roy Kent is often a human bummer. In the second season, art imitates life as Kent retires from football and begrudgingly takes on the role of a TV pundit. In what are definitely the programme's worst scenes, Kent provides foul-mouthed, excessively critical punditry to a stunned panel.

Goldstein won the Emmy for Best Supporting Actor in a Comedy for his portrayal of Kent this year. The problem is Ted Lasso's Keane caricature misses so much of Roy Keane's genius. Yes, Keane's embittered, prepare-to-fail approach is legendary to the point of pastiche by now. But there's none of Keane's humour or humanity in Roy Kent, just raw angst.

There's more to Roy Keane than anger and chippy tackles.

It must be said, as series one and two develop, Roy Kent finds acceptance and love and develops a softer side thanks to his relationships with his football coach and his girlfriend. He becomes one of the show's best characters the further he moves from the Roy Keane 'vibe'.

While Ted Lasso is very much an American (which is to say incredibly unrealistic) take on the Premier League, the programme - especially in its first season - packs an emotional punch and has a lot to say about friendship and how men interact with each other. Sudekis is brilliant, and if you can suspend your disbelief and accept that an American college football coach could actually have success and inspire people as a Premier League manager - you'll enjoy the show.

The show's creators get Roy Keane wrong, but don't hold it against Ted Lasso.

QUIZ: How Well Do You Remember Season One Of Ted Lasso? 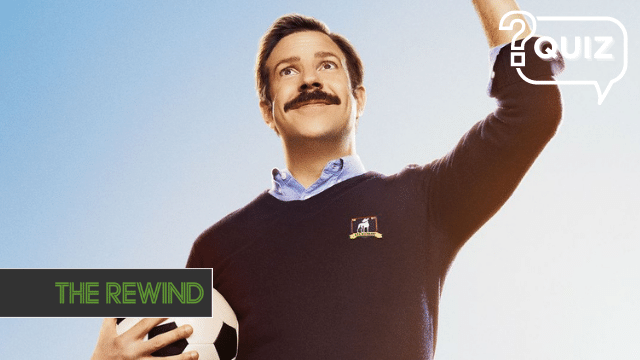 Football
1 hour ago
By Gary Connaughton
The Most Expensive Irish Player At Every Age From 18-35
Football
3 days ago
By Jonathan Byrne
Roy Keane Enjoyed Dig At Harry Kane For Referee Bias Being 'England Captain'
Football
6 days ago
By John Dodge
These Are The Irish Footballers Who've Received Ballon D'Or Votes
Popular on Balls
Football
2 days ago
By PJ Browne
Ireland's Lee O'Connor Says It Was An 'Easy Decision' To Leave Celtic
Football
1 day ago
By Eoin Harrington
Quiz: Name Every Player To Score In A Champions League Final
Rugby
1 day ago
By Colman Stanley
Roy Keane Made Quite An Impression On Eddie Jones And The England Rugby Team
52