Terry Phelan is just off a train to Newcastle when he answers the phone. "Perfect timing," he says.

Phelan is back in England to renew his visa for India. He has worked there for the best part of the last decade.

The former Ireland international has news of a new job. After several years working for Indian Super League side Kerala Blasters and then the Muthoot Football Academy, he will move north to Bangalore and take up a role as technical director with South United FC, a professional side which plays in the second tier of the I-League. He will join a club where he sees a clear pathway for young players from underage to the first-team.

The remit of his latest post, which he starts upon his return to India next week, will see him building a curriculum for South United's academy, educating coaches and conceiving a style of play for the club. He will also be a resource for the first-team staff if they need guidance.

"You’ve got 1.3 billion people. There is potential. It’s just whether the mental capacity is there for the players to go one better.

"I’ll be branching out and doing a variety of things, which is always good - it’s always good to take yourself out of your comfort zone and challenge yourself. That has been a big pleasure for me travelling all over the world."

The travel which Phelan mentions - 17 years of it - has seen him work in the US, New Zealand and now India. He first moved to India in 2010, went back to England for a couple of years, and then returned. 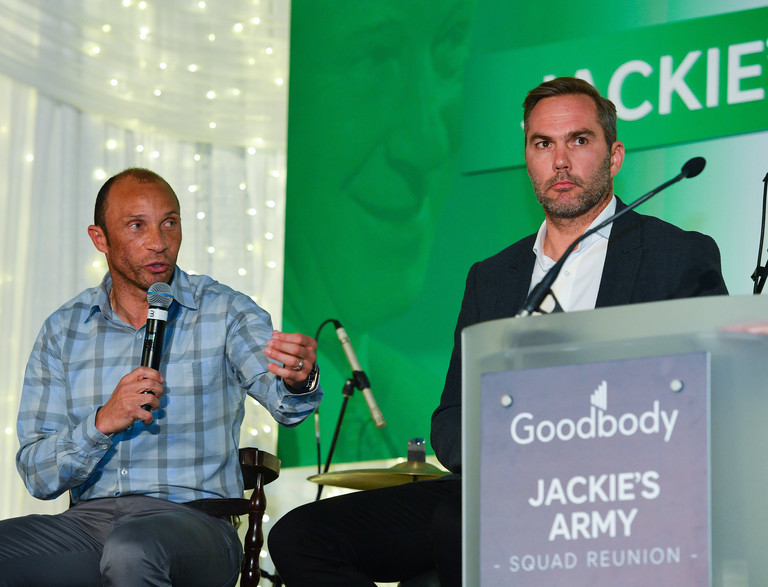 "First and foremost, I’m employed - that’s the main thing," replies Phelan when asked what he loves about his adopted home.

"Food’s not expensive - it depends on what you want to eat. Everyone goes on about the ‘Delhi belly’, that’s a load of rubbish.

"I try to put myself into their culture: the way they have their food, the type of food they eat - at the end of the day, I’m the one in their country.

"The reason I’m here is it’s got football and football is my life. They’re the only ones who have come calling and I’m not going to turn my nose up about it.

"It’s a place which will always be in my heart no matter where I take it. People are intrigued by India. They think it’s one of these places where, ‘Oh, you can’t go there’ - you can go there, you can explore it."

Phelan grew up in Salford, son to a mother who had emigrated from Tubbercurry, Co. Sligo. There's a Manchester accent but only one identity: he's Irish.

"My mother was Irish, all her family were Irish - it was Irish through and through," says the 42-cap international.

There was no talk of being English, that was how I grew up. There was only one place I was ever going to play for and that was Ireland - it was in your blood.

My mother was a staunch Irish lady. She was never going to change. I always wanted to put the green jersey on more than anything else.

Phelan's club career began at Leeds United and, among others, took in Swansea, Wimbledon, Manchester City, Chelsea and Everton.

He made his Ireland debut in a September 1991 friendly against Hungary. He was 24 and would go on to play at left-back for the World Cup qualifiers and three of the games at USA 94. 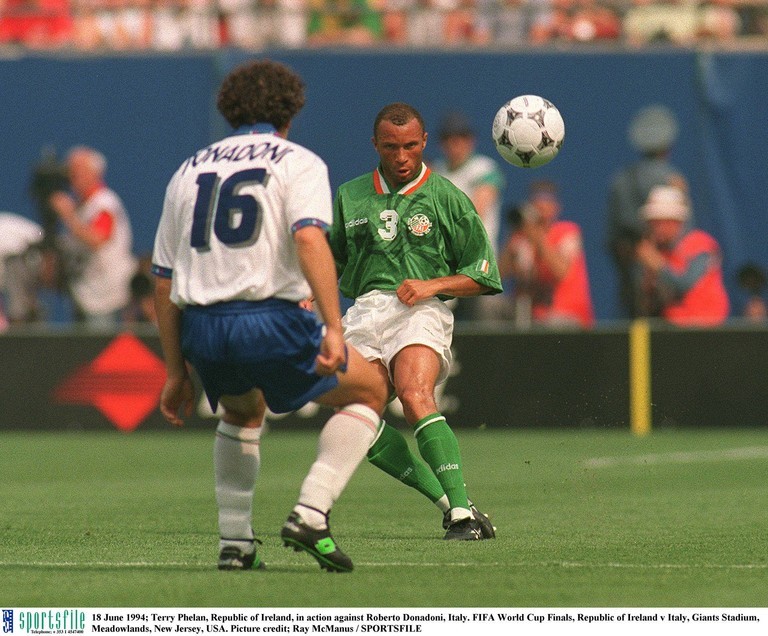 "I saw myself as an Irishman," he says, before raging against those who see identity as a black and white topic; an over-simplistic view where being born in another country means you cannot identify as another nationality, one to which you have familial ties.

"I wasn’t bothered by what people said, ‘Oh you’re a plastic this and a plastic that’. That never got talked about at an Irish [team] table. A lot of the players were born in England but that wasn’t our fault.

"I know we used to have hassle from locals in Ireland saying that, ‘We should be playing our own players’. I played for the Irish youth team from a young boy at 15-years-of age, so I came right through the ranks; I just didn’t land in the first team right away - I had to work hard to get there. I always got overlooked.

"That was the thing about Ireland, everybody was accepted. When you walked into that hotel, arms went around you, there was joy in the camp, there was exhilaration in the camp. There was never any problem.

"But because my mother went and lived in England for a better life, a better job and she had her children in England - does that make us any different because we don’t speak in an Irish accent? That’s what annoys me.

"I’ve got an Irish passport, I’m Irish through and through but I don’t speak with the accent and people have a go at you because of that - they call you a plastic Irishman. I don’t agree with that.

"I’m as Irish as the next person, whether they were born in Dublin, born in Cork, born in Sligo. Why not? Why can’t we be?"

Eight years ago, Phelan told the Irish Independent that if there was a world war, he'd be the first in line to defend Ireland.

"Why wouldn’t I?" he says. "I’d jump in the trenches and be first out of the trenches. Ireland’s given me a lot."

To the country which has given him so much, he wants to give back. His time in India will likely last at least another three to five years. After that, who knows? 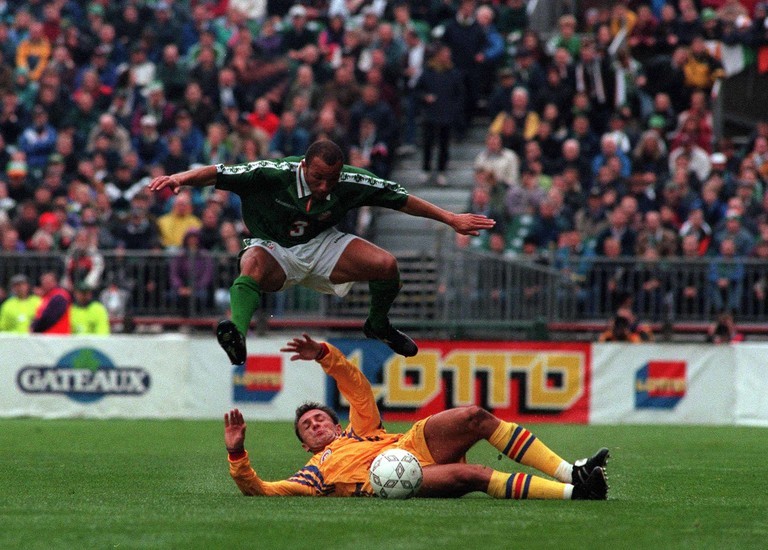 "I’d love to go back to Ireland," tells Phelan.

"I’ve put something into places like America, New Zealand, Australia, India, England; my next stop is living in Ireland and putting something back in for the kids and the youth. That would be very much on my wishlist.

"Maybe not to go in and coach a top Irish team but develop youngsters, give them a bit of belief. They need people like ourselves: active coaches who have played for their country. That’s what I’ve always believed in: Can I give something back and help them get to the next level?

"I don’t care what job it is, as long as I can enjoy it and get something out of it, and put something back into Irish football, which is something I need to do at some stage."

See Also: How Irish Fans Shocked The World And Filled The Giants Stadium For Ireland-Italy '94

Football
2 weeks ago
By Gary Connaughton
Ireland Women's Team Are Capturing The Nation's Hearts, And It's Not Just Lip Service
10

Football
1 week ago
By Gary Connaughton
How James McClean's Sunderland Breakthrough Divided Island Of Ireland
Football
2 weeks ago
By Gary Connaughton
Ireland Women's Team Are Capturing The Nation's Hearts, And It's Not Just Lip Service
Football
3 weeks ago
By PJ Browne
8 Standout Moments From Netflix's 'Sunderland Til I Die' Documentary
Popular on Balls
The Rewind
20 hours ago
By Balls Team
There's An Irish Airline Crew Heading To China Right Now Doing A Huge National Service
9