The January transfer window is a notoriously difficult juncture for Premier League clubs.

Considering it's the middle of the season, clubs often know the exact holes they need to plug in order to have a successful second half of the season. The issue with that is that knowledge is shared with every other club too.

This means that January is a time when Premier League clubs tend to overspend on players in order to guarantee their signature. Sometimes, they pay off, as a few members of this list can attest to. Others, namely Fernando Torres and Andy Carroll, crash and burn under the weight of their hefty transfer fees.

Since transfer windows were introduced in 2003, Premier League clubs have had to tread carefully, but sometimes they unearth some gems.

(Although Tony Yeboah signed for Leeds in January 1995 from Eintracht Frankfurt, it was before the advent of the transfer window and is therefore not included, sorry Leeds fans). 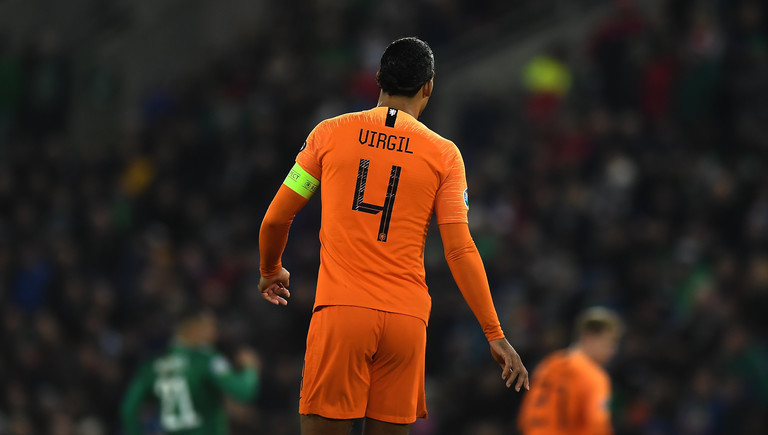 We'll kick off with the biggest one of all.

Liverpool made use of the windfall they received from Philippe Coutinho (we'll get to him in a minute) to sign the Dutch international from their long time feeder club in January 2018. A lot was made of van Dijk's transfer fee, with it at the time being a world record transfer fee for a defender.

However, van Dijk was the catalyst necessary for Liverpool to compete at the top of the Premier League and with Europe's elite.

The injury he sustained this season and Liverpool's subsequent struggles prove just how valuable the centre-half is to Jurgen Klopp.

Nemanja Vidic arrived at Old Trafford without much fanfare 15 years, a Christmas Day deal that was delayed due to work permit issues.

Vidic left United eight years later a certified club legend. The Serbian murderer (as per the fan chant) was integral to Alex Ferguson's third squad overhaul of his reign, his partnership at the heart of United's defence with Rio Ferdinand probably the best centre-half partnership in Premier League history.

Five Premier League titles, three League Cups and a Champions League victory in 2008 at his former stomping ground of Moscow. 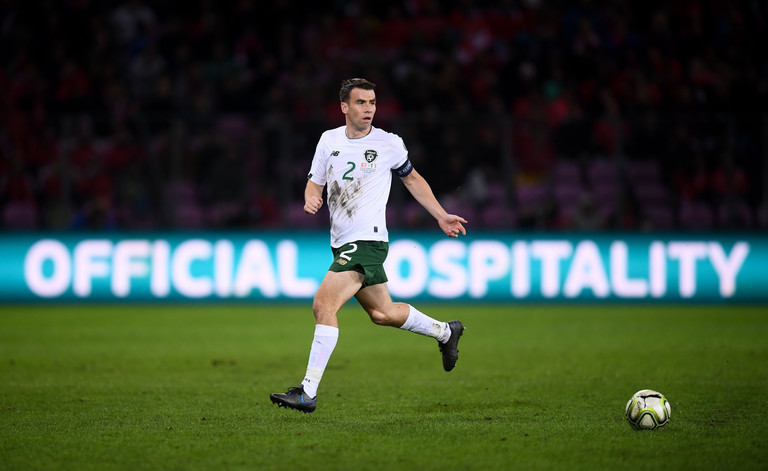 The Ireland captain's transfer fee will be remembered in the right-back's terrace chant forever. Whilst it showcases the lack of negotiating power League of Ireland clubs have over their prized assets, it also marks just how much of a bargain Coleman was to Everton in 2009.

Coleman took a while to get going at Goodison Park, but once the marauding full-back got up-and-running, he was seldom stopped. The Donegal native was named in the 2014 PFA Team of the Year for his performances, and was linked to a variety of top European clubs during this time.

He's still a mainstay at Goodison Park, with only injuries and age slowing Coleman down.

We could have included Branislav Ivanovic or Nemanja Matic for Chelsea, but Cahill's arrival at Stamford Bridge was a sliding doors moment for his career and the fortunes of the two clubs involved.

Cahill left Bolton for the bright lights of London midway through the season, which is a no brainer at the best of times. That was solidified the longer the 2011-12 season went on, with Bolton being relegated from the Premier League and Chelsea winning the FA Cup and Champions League.

Not a bad first six months in your new job.

Cahill became an ever-present for Chelsea until the 2018-19 season, with Maurizio Sarri thinking the veteran defender was too old for his system.

It may only have been a year since Bruno Fernandes' protracted transfer saga ended, but it's safe to say that the Portuguese international has been a catalyst for United's revival.

Fernandes had been targeted by United for an age, with boardroom ineptitude at Old Trafford the reason why the player didn't arrive until January of 2020.

However, it's been worth the wait for United fans, with Fernandes general play and prowess from set-pieces buoying a United squad that was prone to faltering before his arrival.

If Fernandes continues in the same vein, it won't be long before silverware returns to Old Trafford.

We said that we'd mention Coutinho and here we are.

It seems utterly egregious that Coutinho left Liverpool for Barcelona without winning a trophy, with the Brazilian being a bright spot during barren spells for the Merseyside club under Brendan Rogers and Jurgen Klopp.

Coutinho was the technician in Liverpool's midfield that unlocked defences to the point of near history in 2014, with Liverpool coming desperately close to winning their first Premier League.

However, his desire to move to Barcelona in January 2018 led to a mammoth transfer fee of £105 million (with a potential to rise to £142 million with bonuses) basically gave Liverpool the means to sign two of their most important players - Virgil van Dijk and Alisson Becker.

It may not be the legacy that Coutinho would want, but it's a legacy nonetheless. 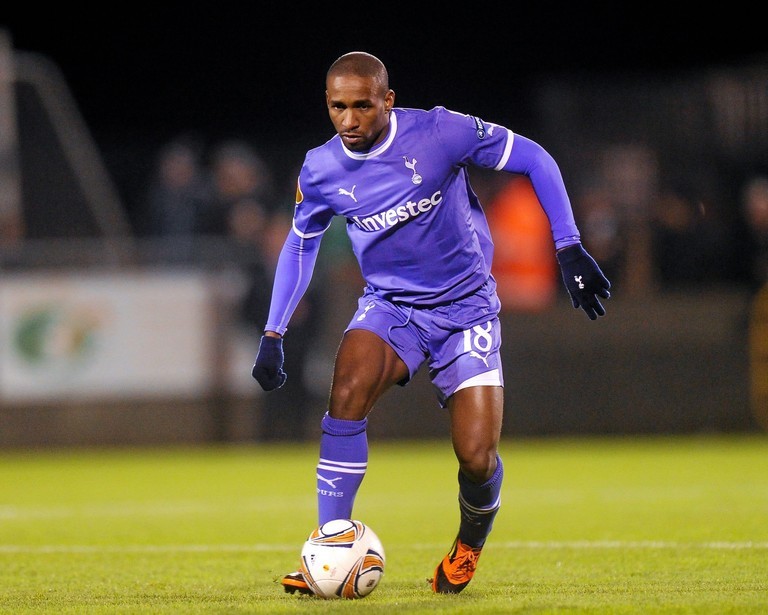 Although £7 million is a drop in the ocean for the club now, in 2004, it was a huge outlay for a young striker.

Granted, at the age of 21, Defoe already had two seasons of Premier League football under his belt and was halfway through a season of dominating the Championship when Spurs came calling.

Over two spells at White Hart Lane, Defoe scored 143 goals for the North London club, receiving a winner's medal for his role in Spurs' League Cup win in 2008 (despite having left the club when the final against Chelsea was played).

Defoe is still going strong in the SPL for Rangers at the age of 38, with his predator-like goalscoring instincts as sharp as ever.

The trailer park boy, Dempsey was subject to the biggest fee paid for an MLS player when Fulham signed him for £2 million.

Dempsey was a key component of Roy Hodgson's Fulham team which made a fairytale run to the 2010 Europa League final, coming up just short against Atletico Madrid. Since then, Dempsey went from strength to strength, scoring 17 Premier League goals in the 2011-12 season before leaving the Cottagers for Spurs in the summer.

Dempsey, or 'Deuce' in hip-hop circles, is widely regarded as one of the best American imports in Premier League history.

Luis Suarez's time at Liverpool will forever be marred by his ill-discipline and penchant for petulance. But what can't be understated is the Uruguayan's sheer quality, which was seen weekly during his time at Anfield.

He arrived in the same transfer window as Andy Carroll, with Suarez's fee some £12.5 million less than the target man's.

The 2013-14 season was supposed to be the perfect ending for Liverpool's number seven, but it instead ended in heartbreak. His 31 goals in 33 games an absolutely staggering return as Liverpool came up short again in the Premier League.

He subsequently tried to force his way out of Liverpool by taking a bite out of Giorgio Chiellini at the World Cup, which worked. He landed on his feet, however, forming a third of one of football's best attacking triumvirates ever at Barcelona, flanked by Lionel Messi and Neymar.

Okay, we're cheating a bit here, but we can't help but put him in.

Riyad Mahrez arrived at Leicester City a few months before they got promoted to the Premier League, but the fee of £400,000 is an absolute steal no matter which way you look at it.

He was named PFA Player's Player of the Year in 2016 and scored nearly 50 goals during his spell at the King Power.

Mahrez eventually left Leicester in 2018, linking up with Pep Guardiola at Manchester City. The fee was a bit more grandiose this time around, with City forking out £60 million for the winger.

Not a bad profit for Leicester City, all the same. 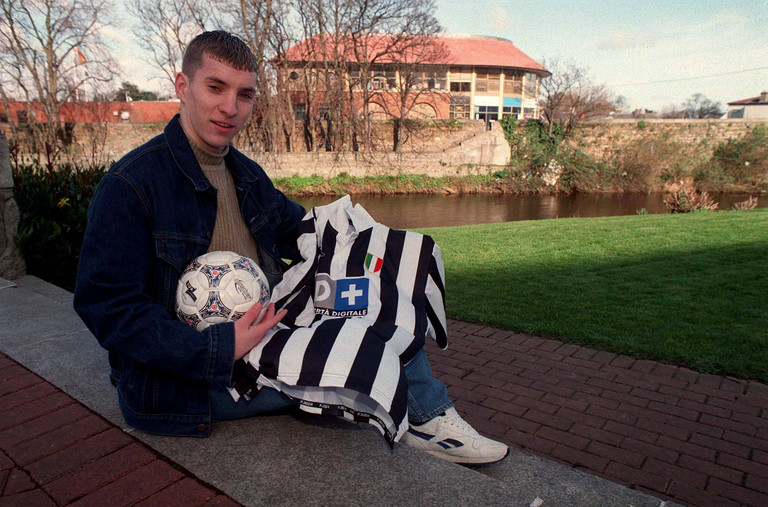