In the summer of 2011, the Qatar Investment Authority finalized the purchase of Paris Saint-Germain and French football was changed forever.  They immediately splurged on new players. Only 3 Ligue 1 clubs spent more than €3m on a player that summer and PSG did it at least 5 times. They beat out the traditional European giants to the signature of Javier Pastore from Palermo paying a reported fee of €42 million.

They didn't win the league though.

Either did the reigning champions Lille.  Unfashionable Montpellier won their first ever French league title on the back of a 25-year-old striker in only his second year in the top tier. Olivier Giroud finished joint top scorer with 21 goals.

Ligue 1 was certainly packed full of attacking talent that season.  Young Gabonese striker Pierre-Emerick Aubameyang scored 16 times for St Etienne as he continued his development. Veteran Brazilian striker Nene was PSG's top scorer despite their new signings.  The Player of the Year award went to another young budding superstar; Lille's Belgian wonderkid Eden Hazard scored 20 times and led the assists table with 15.  Champions Lille had sold Gervinho to Arsenal and replaced his flair with Joe Cole and Dimitri Payet.

The season started with all eyes on the newly-minted PSG.  Lorient provided the upset that all of France wanted in the opening weekend, winning 2-1 in the Parc des Princes.  Despite recovering to top the table PSG sacked manager Antoine Kombouaré at the end of 2011. He was replaced by former AC Milan and Chelsea boss Carlo Ancelotti.  In the winter transfer window he added a trio of experienced league winners from around Europe; Alex joined from Chelsea, Maxwell from Barcelona and Thiago Motta moved from Inter Milan.

After their own iffy start, Lille never really challenged for the title. They finished 3rd ahead of Lyon. Lyon's dominance of French league football ended after 7 successive titles in 2008. That was followed by titles for Bordeaux (2009), Marseille (2010) and Lille as Ligue 1 became they most open and competitive league in Europe.

The championship for Montpellier was still a stunning upset though. The previous year they had finished 14th and only 3 points above the relegation spots.  Their only significant addition was 34year-old centre half Hilton who joined after being released by Marseille.  When PSG won 3-0 in Montpellier in September 2011, not even the most optimistic Montpellier fan could have dreamed how the season would unfold. After the New Years break, they would win 14 of 18 in the league and topped the table from March. In their final home game they needed a 93rd minute winner to beat Lille. It left them going into the final day 3 points ahead of PSG.

Montepellier started the game poorly and fell behind away to Auxerre in the 21st minute. Former Portsmouth striker John Utaka would become the hero scoring either side of half time to turn it around and Montpellier won their first ever league title.

After the game Montpellier manager René Girard spoke passionately about the upset win:

I think our triumph is a real shot in the arm for French football. It just goes to show that everyone can beat everyone and that money isn't the be-all and end-all. We're a club of mates, a club that brings young players through and gives them a chance!

It hasn't quite worked out as Girard had hoped. That summer Arsenal spent just over €12 million Giroud and Lille lost their prized asset as Hazard joined Chelsea. PSG, on the other hand, spent  over €100 million bringing in Zlatan Ibrahimovic, Thiago Silva, Ezequiel Lavezzi and Marco Verratti.  They've won all but one title since (Monaco with their own billionaire backers at the time).  French football still attracts stars, and still produces amazing players, but the 2011-12 season may have been the last truly great Ligue 1 season. Salut. 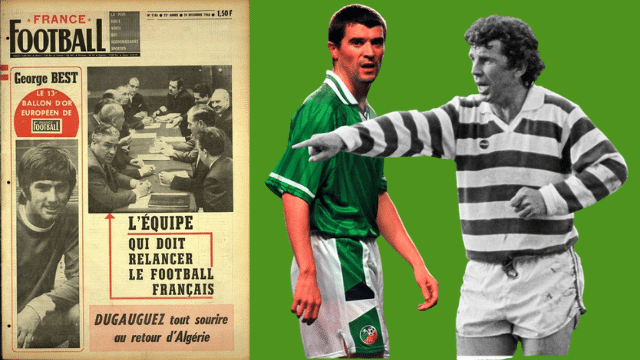