The 40 Best Players In The League Of Ireland Ranked

The criteria for inclusion in this list is simple; players must have played in the SSE Airtricity League and be signed for a club for the 2016 season.  That's it. Some are young and have huge potential, others are on the back nine of glittering careers but these are the 40 best players in the League of Ireland.  Feel free to argue as, thankfully, football is a team game and ranking players like this is just for fun. Here we go: 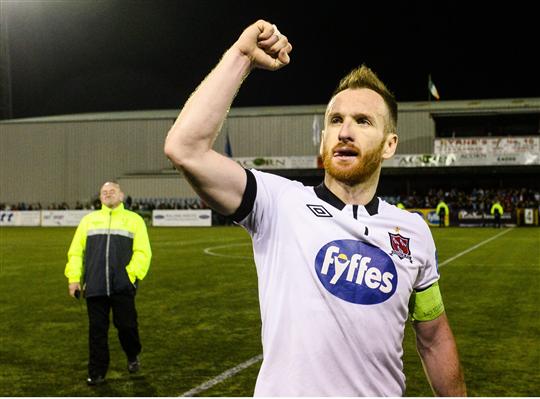 Stephen O'Donnell has won half of the last 8 league titles. He's done so with 3 different teams. He's picked up 2 FAI Cups (including captaining Dundalk to the double), an EA Sports Cup and a Setanta Sports Cup. He's scored one of the most important penalties in Shamrock Rovers history (to beat Partizan Belgrade and qualify for the Europe League groups). If O'Donnell could stay fit, there's no doubt he'd be playing at a higher level. As is, he can dominate a game like the 2015 Cup final on one leg.

When St Pats won the league in 2013 Greg Bolger was the heart of the team. The arrival of Keith Fahey dislodged him in 2014 and it was only when Bolger resumed his deep role that Pats clicked again. Bolger was deservedly MOTM in their historic 2014 Cup final win. There isn't a player in the country that can match his aggressive tackling (he's earned more cards than anyone in the last 3 seasons) and his unbelievable passing range. Oh and he had claims on goals of the season in 2013 and 2015. Bolger quit on Pats last year when they blocked his move to Motherwell but if he settles in Cork he could drive them to a title.

Fagan is the best striker in the country by some distance. He's already the 2nd highest scoring (active) premier division player (with 57) and in 2014 he became the first St Pats player in nearly 60 years to score 20 league goals in a season. He became a Saints hero with 2 goals in the 2014 Cup final but missed much of last year with an injury. It was no surprise that Pats struggled for goals without him.

Daryl Horgan has always been talented. He showed flashes in spells with Sligo Rovers and Cork City but it is with Dundalk that he has flourished.  He's added strength and power to his game and no attacking player scares defenders like Horgan. most pundits expect 2016 to be his last season in Ireland.

Cork City secured a huge coup by bringing back Gearoid Morrissey who failed to settle in Cambridge. The perfect box-to-box midfielder, Morrissey's engine is made for John Caulfield's up-and-at-them style.

Always highly rated, Boyle was wasted by Alan Mathews with Shelbourne. The brains at the heart of the great Dundalk defence is finally getting due reward for his talents.

Miele has only played one season in the league but looks well on the Fahey/Towell path of UK>3 months with Bluebell> LOI star > back to UK. His pace is what earns him such a high placing here. 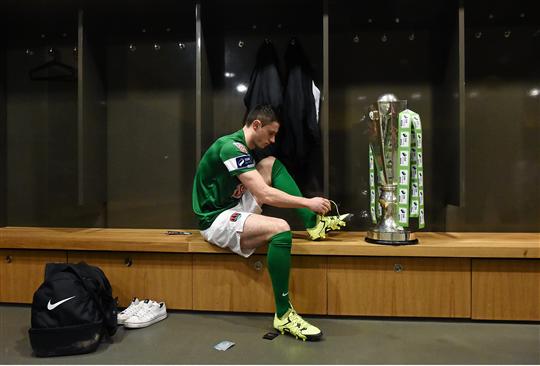 Dunleavy may be the most underrated player in the league (not by this list!). Marshalling the best defence in the league counts for something as does being highly capable in 4/5 positions. A manager's dream.

The transformation of Shields from plodding centre half with Bray to barn storming title winning midfielder with Dundalk may be Stephen Kenny's greatest achievement.

No current player is more decorated than Killian Brennan. He's nearing the end of his career but in the biggest games, he still delivers.

It would have been easy for Bennett to come back from a long career in England and go through the motions in Cork but he isn't that sort of player. How he and Kenny Browne mesh is vital to Cork's title bid.

Ian Bermingham didn't have a great 2015 but from 2012-2014 he may have been the most consistent player in the league. The only full back who is equally as good defending as attacking.

The first player from outside the top 4 deserves his place here. Another who can play in defence or midfield, there aren't too many better leaders in the league.

Gannon has established himself as the top right back in the league with Dundalk.  After bit parts with league winners Rovers and Pats, he finally got space to flourish under Stephen Kenny.

Another player who floated around the island before finding his home in Oriel Park. The perfect complement to Andy Boyle, Gartland is always a threat from set pieces. 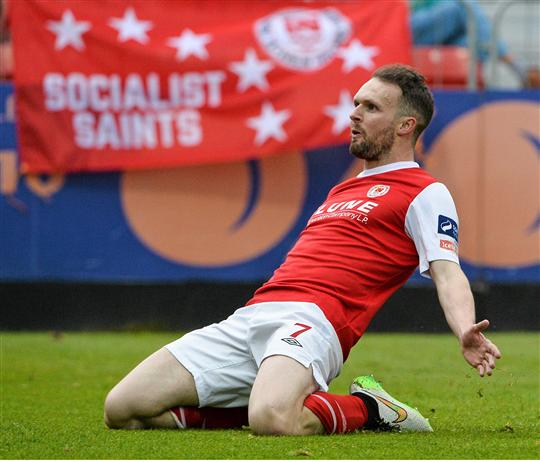 Successive managers have tried to move McCabe on from Shamrock Rovers but the Tallaght native still keeps performing. As dangerous as any player from distance.

McEleney's form with Derry over the past few years have earned this spot. Dundalk will hope his play making ability can make up for Richie Towell's absence. If McEleney becomes a regular scorer he could move up this list.

There was no surprise last year that Sligo made themselves safe as John Russell returned from injury. His job with the FAI may take up most of his time now but he's still supremely talented.

Massey has been exceptional going forward for Dundalk over the past 3 years and his pace and power allows them to play their uptempo style.

A late-comer to the league from the Munster Senior League, O'Sullivan was mocked by Damian Richardson as "simply  not good enough" on a live RTE game early in 2014. Richardson is way off as O'Sullivan is hated by opposing defenders.

Maybe a bit of a leap here as Patterson has spent the last year or so in Australia and Manchester but his strike rate is terrific with every club he's played and 2016 may see him back to his best. 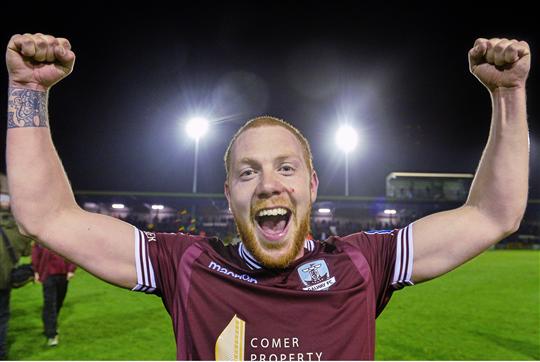 Connolly may be a surprise to some on this list but they haven't been paying attention to Galway recently. Hard working and with an eye for a goal.

Always touted as one for the top, Finn has failed to live up to the (probably unrealistic) hype surrounding him. He's still a great LOI player and has won leagues with Rovers and Dundalk.

Things went a little sour for Billy Dennehy at Cork last year but the winger has been a tremendous player in the league for a number of years now. Playing in midfield he's been top scorer with both Shamrock Rovers and Cork City.

The only first division player on the list, Duggan could walk into most teams in the top division. He'll be expected to drive Limerick to promotion as part of their talented, and you'd imagine relatively expensive, midfield.

Buckley may not have the talents of other players on this list but he works exceptionally hard and is very much deserving of a place on it thanks to his performances over the past 2 seasons.

The best attacking right full in the league, so much of how Shamrock Rover attack comes through him.

Drennan was Rovers top scorer last year as he emerged from the early shadow of Danny North.  His pace is frightening and if he can learn to finish, he'll be exceptional.

Karl Sheppard may not have reached his promised 25 goals for Cork last season but he ended up as the top scoring striker in the league; and that was with playing some games wide.

The powerful centre half is still only 21 but it's not surprise to see him linked with moves to England.

All Curran does is score goals. He's perhaps harshly treated because of an iffy spell with Derry under Roddy Collins he's as likely to be scorer as anybody this season. 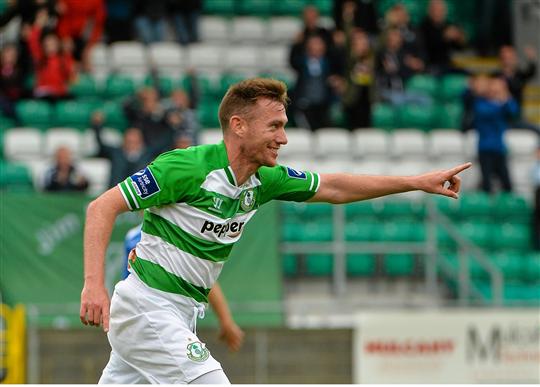 The perfect Pat Fenlon midfielder. Cregg is a terrier on the pitch. It's no surprise to seem him as a fan's favourite in Tallaght.

He might not have the legs to compete for 90 minutes anymore but Healy's class is still evident in most games he plays.

Akinade's physicality scares a lot of people, including centre halves. If he was a better finisher he'd be far higher up this list.

The hardest working Brennan brother didn't set the world alight with Rovers but he'll be the main man with Bray and should re-capture his excellent Drogheda form.

When you average over a goal a game in a season, even in the first division as Furlong did last year with 30 for Wexford, you deserve your place on this list.

If North could stay fit, he'd score 20 goals a season in this league. Every season. The closest he's been to staying fit for a full season saw him win the league with Sligo in 2012.

The youngest player on our list may be among the most talented.  The young attacker was thrown in at the deep end with Pats last year (through injuries to others) but impressed all with his technical ability. 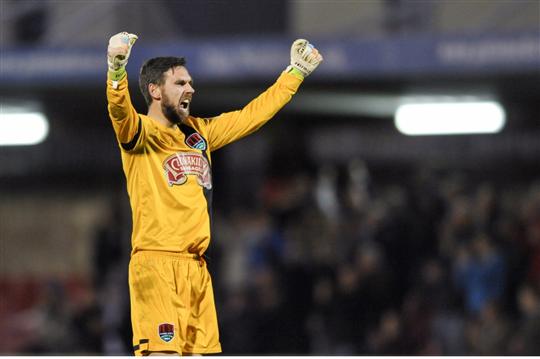 The league's most consistent goalkeeper over the past 3 years isn't just here for goalkeeper tokenism. He's also a huge part of Cork's recent rapid rise from the first division to perennial challengers.