The Balls.ie FIFA 16 Wishlist - Our Ideas To Make FIFA 16 The Best One Yet

EA Sports have today announced that the first bit of FIFA 16 news is on the horizon, so what better time to detail the changes we want to see made to one of the most popular games in the World.

While that video will probably be something minuscule like a new cut-scene where the ref uses his magic spray to show where the wall should be for a free-kick, we can't help but get a little excited.

These are the changes we want to see in FIFA 16:

End the madness - Fix the keepers!

The goalkeeper AI was one of the big selling points of FIFA 15 after a major overhaul was promised, but the keepers have actually been worse than ever. They seem unable to see the ball at times, and while we know all goalies make mistakes, the amount of them is simply unacceptable. 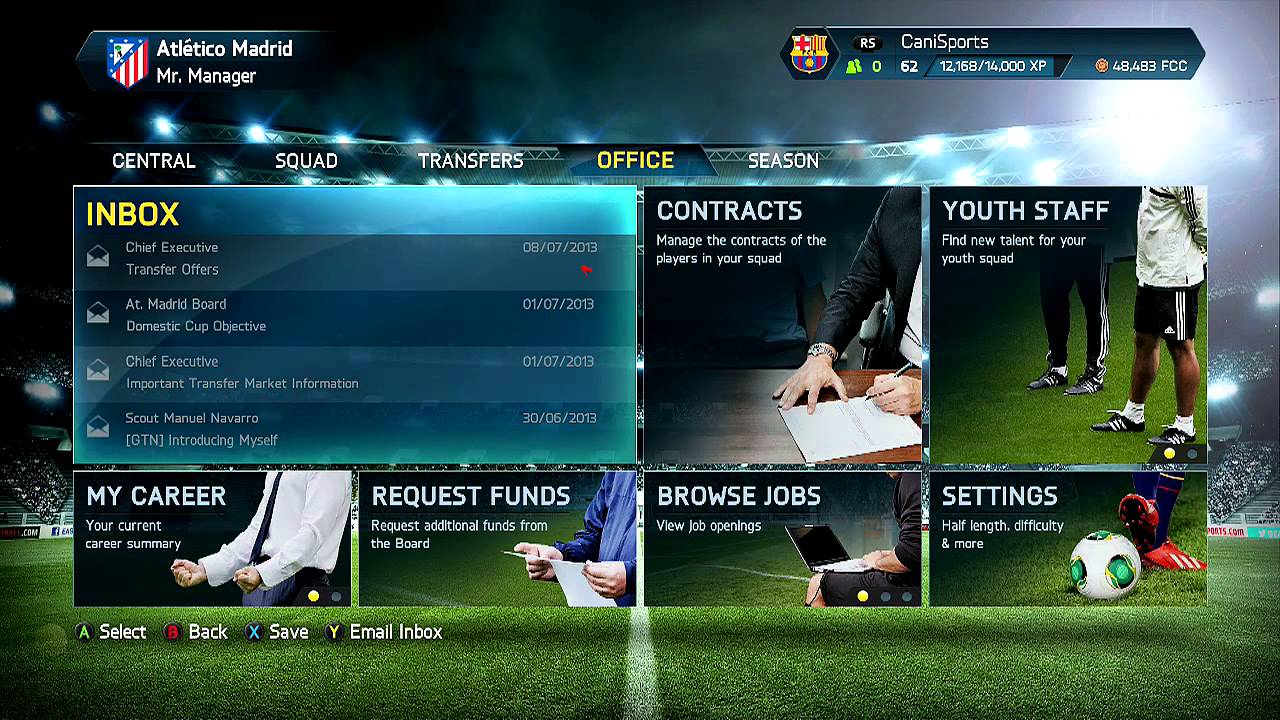 Where do we start? Career mode is nothing more than a lifeless grind in FIFA. There's no reward for playing, there's no heart. For a start, we would like to see:

-Backroom staff and coaching that effects player ratings.
-Training! Why can't I practice things like corners with my career mode team?
-Young players that grow physically, most people don't stop growing at 16 and remain 5'7" for their life.
-A total revamp of the scouting system. Not knowing a player's rating was a decent idea but it didn't work.
-Specific targets for the month/season such that don't only involve league position.
-A cup win presentation that actually makes me feel like I've won something.
-A better "sim game" experience that allows you to intervene or simply see what is happening.
-Club records that can be broken.

We could go on all day.

'Be A Pro' Career also needs a complete overfaul. 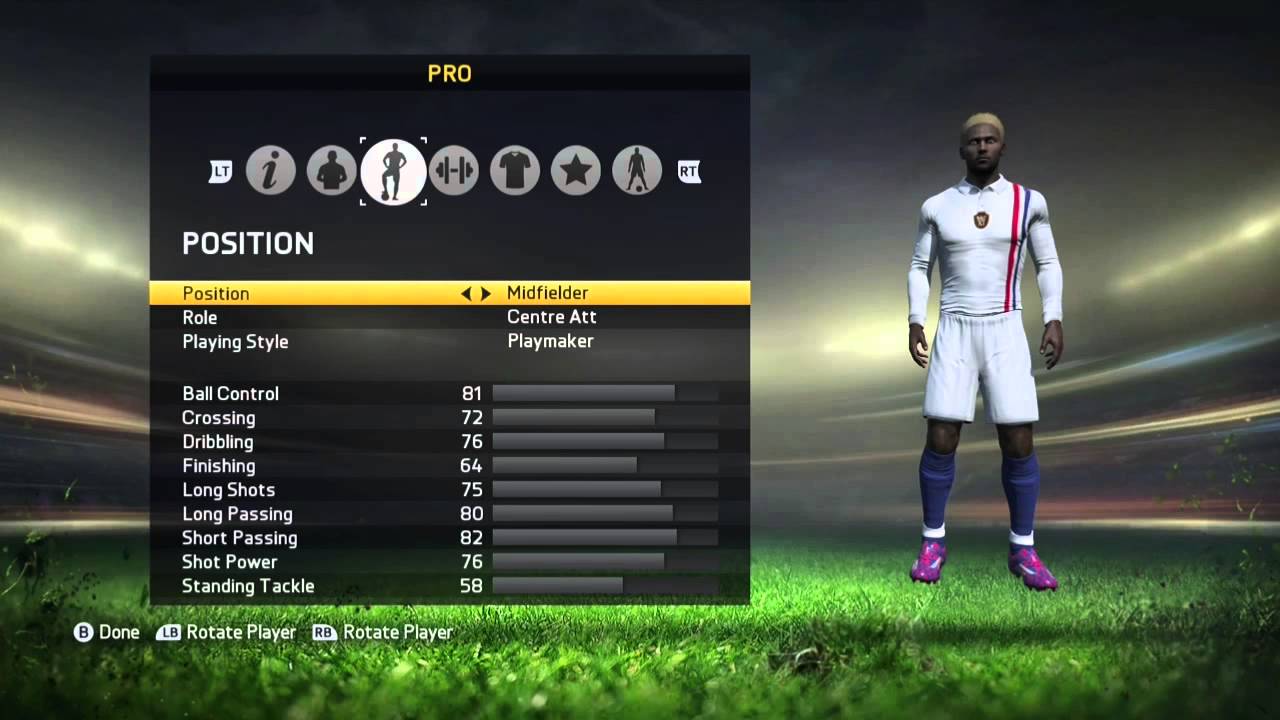 If you have ever played NBA 2K, then you know how amazing a career where you only control one player can be. Let me make decisions off the pitch, and seriously, make the AI not completely useless. The entire game mode fails because your teammates are brain-dead.

The only thing that these do is give 13 year old muppets a chance to piss you off online. I don't need to see some eejit running the entire length of the pitch and do the robot. It serves no purpose. Maybe just leave them for offline so you can piss your made off when you're sitting beside him, but NOT online.

Cut out the ridiculous amount of cut-scenes/replays.

Anyone who plays FIFA simply mashes the A button to skip all that crap, so leave them out. Apart from goals obviously, but still there has to be a way to skip replays online.

Throw in's must be made less annoying.

Throw in's are probably the most irritating part of FIFA 15. If it's not being trapped and being forced to concede possession, it's having to wait while you're player can't find the football. Awful.

Shadows on the pitch need to be less distracting. 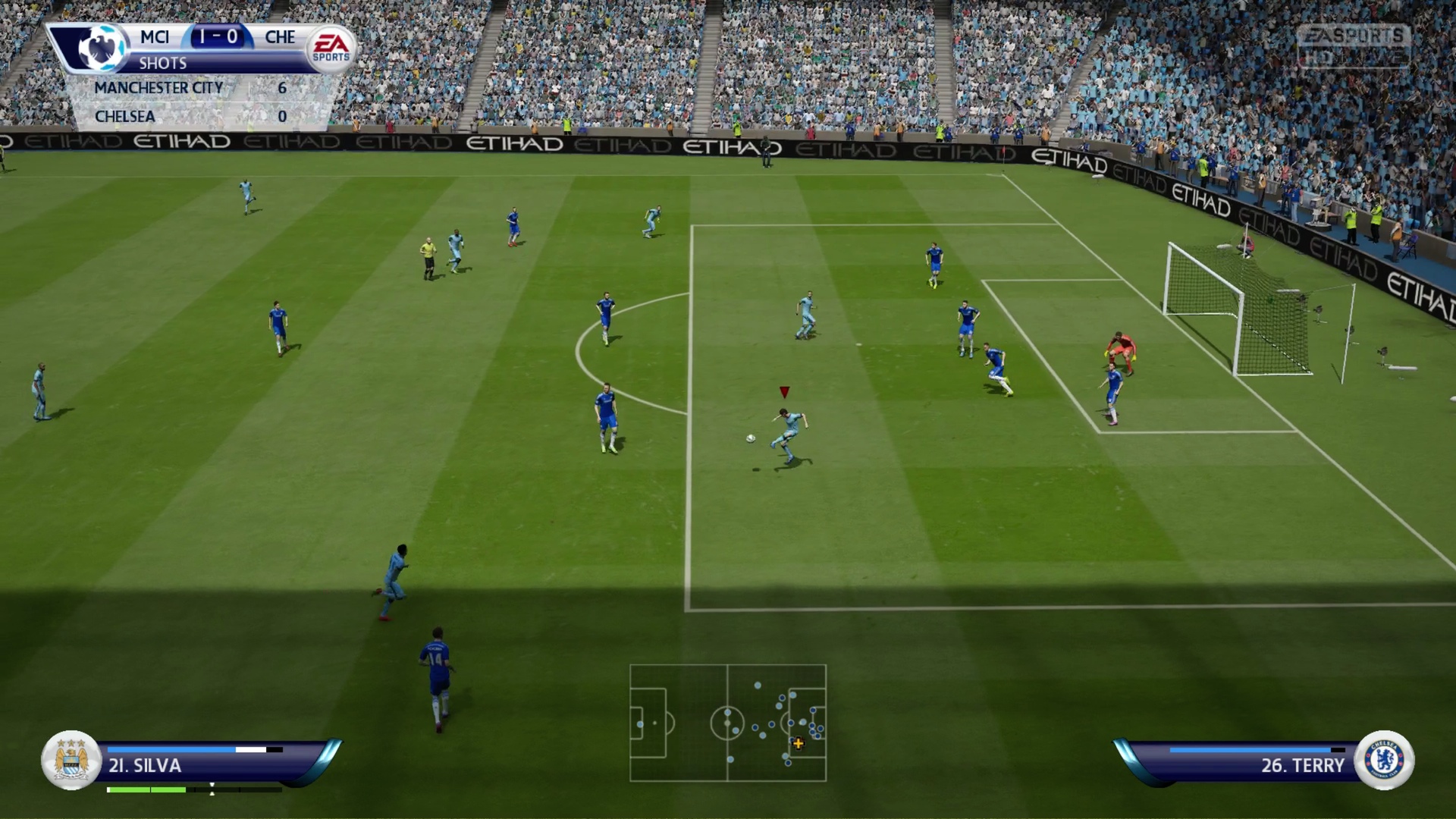 If it's a sunny day, then you can't actually play on about 80% of the stadiums in the game. It's a pisstake. 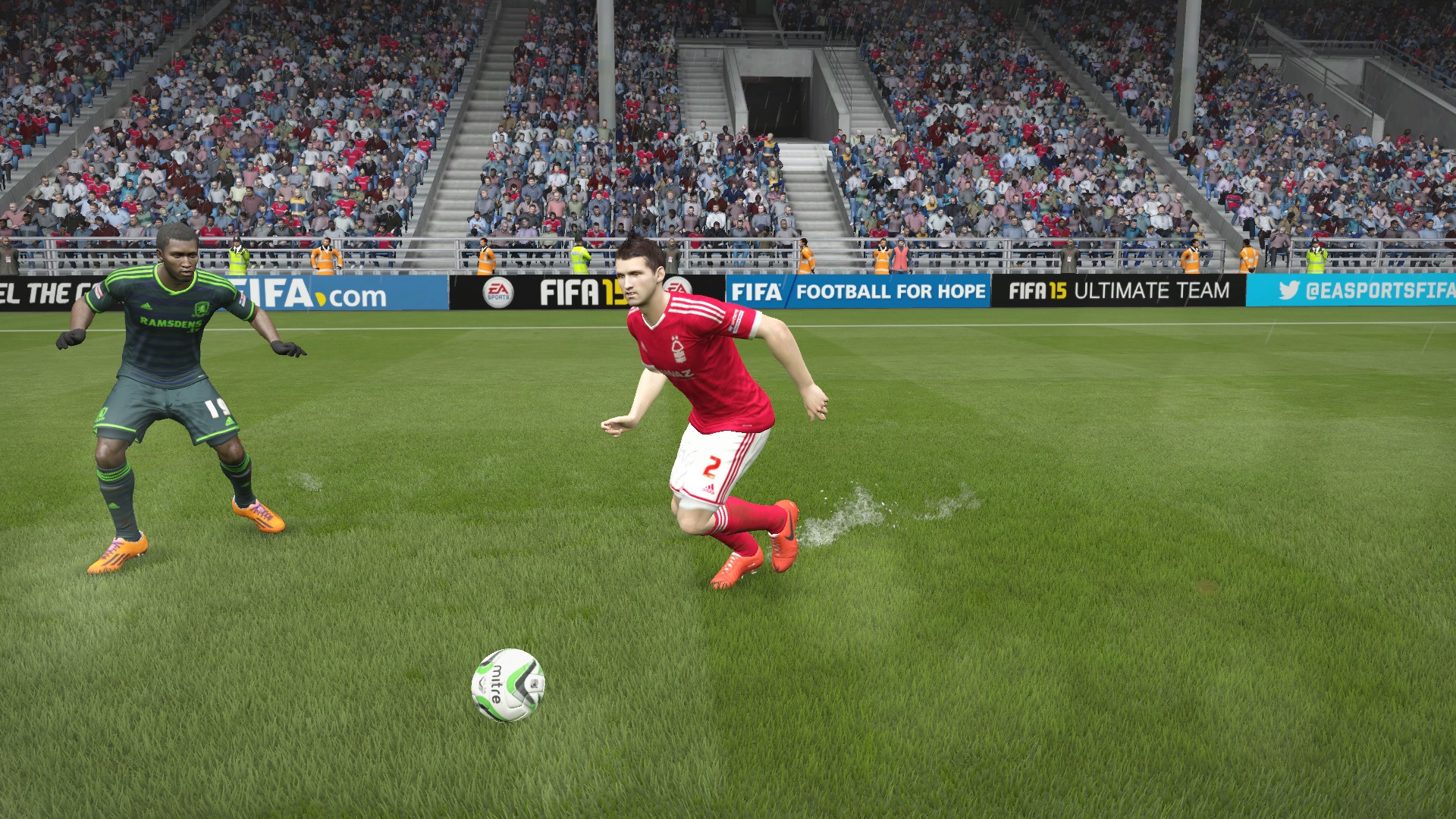 When you play in the rain, the players can't run, they can't control the ball, and they miss sitters. It's rain lads, not acid rain, sort it out please. 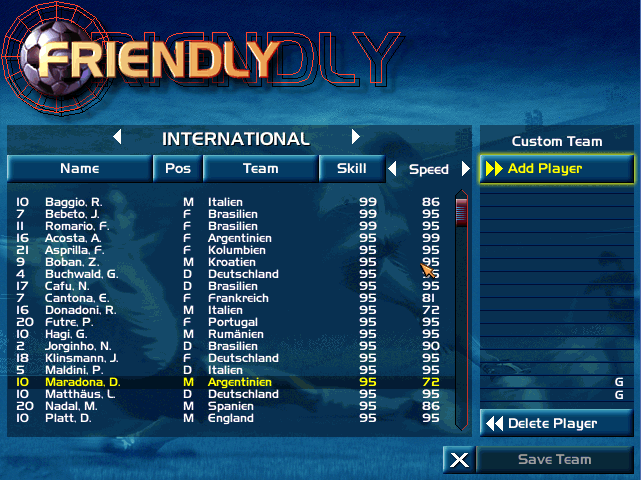 How much fun would it be if you could just have a quick match with you mate where you both pick teams from a list of all the players in the game? So much fun, that's how much.

Ok EA Sports, we've accepted that we're never getting indoor mode, but why can't we pick two teams and have a fun 5-a-side match with no refs on a training pitch? That would be so much fun.

Allow the choice of shorts and socks when choosing kits. 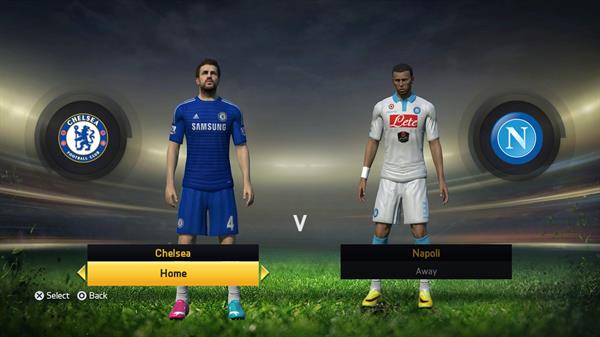 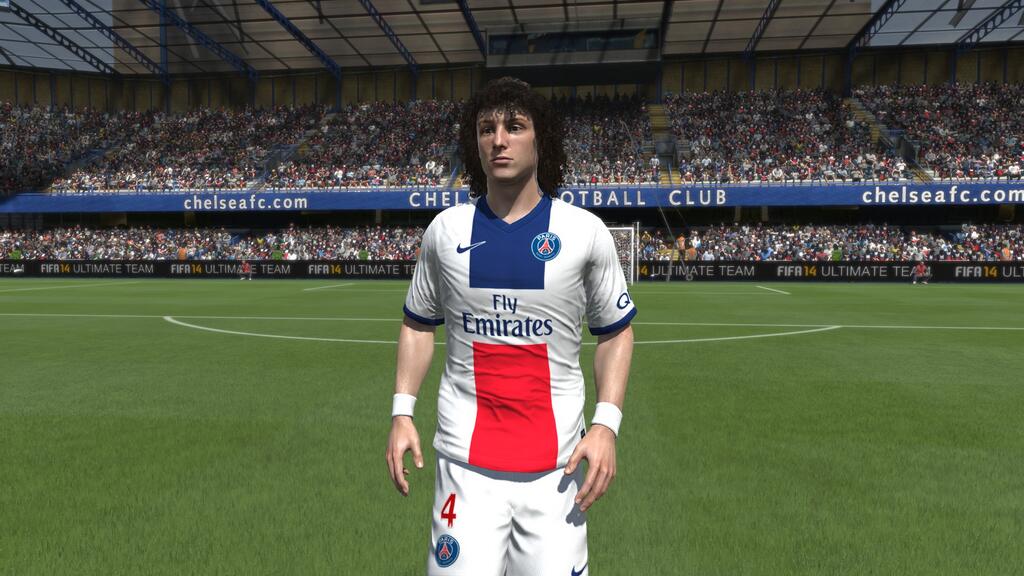 He's a complete liability in real life, yet he is an unstoppable force in FIFA.

No more updates from Geoff Shreeves.

Without a doubt the most needless and annoying trait, and Craig Burley telling me that Luton Town have equalised against Barnet can piss off too.

No more players going off injured with a bruised elbow.

When a player is forced to leave the pitch, it's fair enough if he pulls a muscle or even breaks a bone, but most players are capable of soldiering on with a bruised elbow. In fact, most players at U-10 level can manage that, so please, do us a favour.

We still play FIFA 15 and enjoy it, it's a good game, but there is a lot of room for improvement, and a hell of a lot of annoying features that the game could do without.

Any we missed? Give us a shout on Facebook and Twitter and let us know what you want to see in the new game.

SEE ALSO: 7 Irish Players Who Should Definitely Get An Upgrade In FIFA 16

TV &amp; Film
1 week ago
By Colman Stanley
Sport Reigns Supreme In Most Watched Irish TV Of 2021
Previous Next