By now you’re aware that Sunday October 11th 2015 is a momentous day in Irish sport.  Let balls.ie guide you through the day to help you get maximum enjoyment from the sport.  Follow this to the letter and you won’t regret it.

10:00  Get up, shower, go to mass. You may/may not believe in any God but today is not the day to make that stand. JUST IN CASE there’s a God, ask him to make Darren Randolph, Wes Hoolahan, Shane Long, Jamie Heaslip, Paul O'Connell and Johnny Sexton superhuman today.  Don’t be greedy and ask for everyone.

12:00 Your nerves are already at you. Settle it down with a fry and/or some Guinness. Tayto and club orange are acceptable but nothing that isn’t carved out of the spud like all great Irish athletes.

13:00 Here’s where you have options. You can choose; (a) to head to a local communal watering hole to discuss tactics with fellow multi-sport geniuses, or; (b) stay at home and surround yourself with the strong family support network (even if online) that you’ll need to get through the day.

14:00 It’s time to make the Irish double win bet. That trip to France next summer won’t pay for itself.

15:00 This is the hour you have to catch up on the rest of the world’s sport. Set your NFL fantasy line ups. Cheer on Shane Lowry to victory in the British Masters. Have a look at Eurosport. They’re bound to be showing something more interesting than Italy v Romania.

16:45 Watch Ireland throttle France 24-10 in the Rugby World Cup and set up a quarter final against Argentina led by Man of the Match Conor Murray.

18:45 Proclaim Joe Schmidt the greatest manager of all time in any sport. 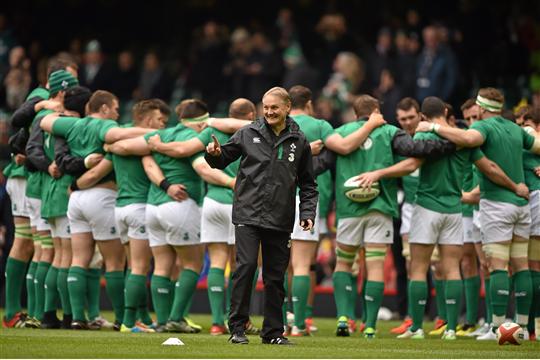 19:00 Is there anything to be said for another mass?

19:45 Watch Ireland come from 2-0 down in Poland to snatch a late, late equaliser when Robbie Brady curls home a free kick to send Ireland onto EURO 2016 in France.

22:00 Proclaim Martin O’Neill the greatest manager of all time in any sport. 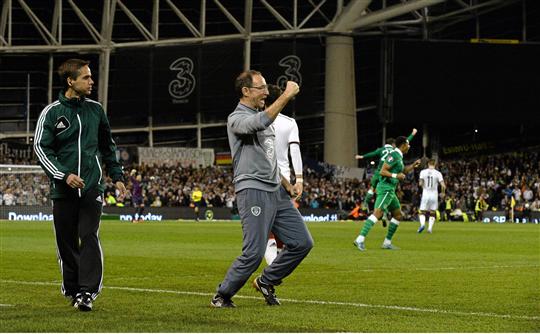 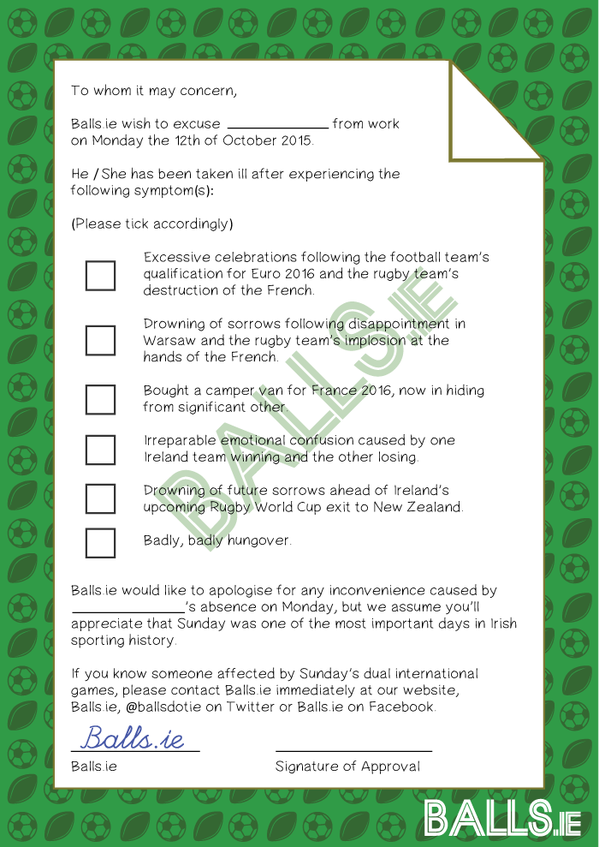