The Bordeaux Banter Era Is An Absolute Rollercoaster

There's nothing quite like taking perverse pleasure in the misfortunes of others.

Well, provided there's comedy involved, but schaudenfraude in footballing terms usually derives from a once-great club falling by the wayside.

Banter eras are nothing new, the likes of West Ham and Newcastle United have been embroiled in banter eras seemingly since their inception. Proximity means these cases are well-known to us, but banter eras exist far beyond the realm of the Premier League.

From the home of good wine and architectural marvels, Girondins de Bordeaux came into the past decade riding the crest of a wave. The chevron-chested team won Ligue 1 in 2009, and came into 2010 eight points clear of their nearest rivals, having topped their Champions League group which contained Juventus and Bayern Munich.

However, as Twitter user @rafajuc tells us, it was all downhill from there.

The team capitulated in the second half of the season, losing five times to the likes of Lorient and Le Mans, and were dumped out of the Champions League by compatriots Lyon. Despite his team's collapse, talismanic midfielder Yoann Gourcuff takes the last few weeks of the season off to 'keep himself fit for the World Cup'. It's safe to say that Gourcuff's plan backfired spectacularly.

May 2010: We round off the campaign with one of the worst 2nd halves of a season in recent memory while playmaker Yoann Gourcuff sits out the last few games to 'keep himself fit for the World Cup', a tournament where he would famously be bullied by half the squad

After the season, manager Laurent Blanc left to take over the France job, where his tenure was marred by a row over quotas for black and Arab players in French underage teams (more idiocy regarding race later!). The lethargic Gourcuff also left Bordeaux, signing for rivals Lyon. He was replaced by Fahid Ben Khalfallah from Valenciennes, who went onto score one goal in three and a half years.

There was more transfer hijinks for Girondins as they signed Moussa Maazou on loan from CSKA Moscow at the start of the 2010-11 season. The striker scored once and was subsequently sent back to Moscow after he said that he "doesn't give a shit" and that he'd be in the Champions League with CSKA next season anyway. Maazou actually ended up spending the next season on loan at Zulte Waregem and Le Mans, not in the Champions League.

August 2010: Striker Moussa Maazou signs on loan from CSKA Moscow, playing half a season and scoring one goal before being sent back in January after saying he 'doesn't give a shit' and that he would be playing in the CL with Moscow next season anyway

The next two years were relatively quiet, but in October 2013, the Bordeaux banter era reached a new peak. Bordeaux actually managed to win the French Cup the season before, defeating Evian in the final. However, in October, Serge the Llama was abducted from the Bordeaux circus and rode around the city on a tram. Serge was then paraded in front of the Stade Chaban-Delmas a week later, with Bordeaux losing 3-0 to Nantes.

October 2013: Serge the Llama is abducted from a Bordeaux circus and rides around the city on a tram. A week later, we parade him around the stadium before losing 3-0 to Nantes

Funnily enough, Bordeaux's reign as holders of the French Cup was ended by fourth tier side FB Île Rousse, who are now known as FB Balagne.

At the end of the 2014 season, Zinedine Zidane turned down the chance to manage his former club, instead taking over Real Madrid's reserve side. The club's hierarchy instead turned to former French international Willy Sagnol. Sagnol then tries to stereotype both African and Nordic footballers. What are they putting in the water in Bordeaux?

November 2014: Sagnol declares that "the good thing about African players is that they are cheap and strong. But you also need Nordics as they have a good mentality". No comment

2016 was a year of smoking incidents for Bordeaux. Firstly, Gabon internatioanl Andre Poko is sacked for wearing a Marseille jersey whilst smoking shisha. Not to be outdone, outgoing club president Jean-Louis Triaud ends his farewell speech by sparking a flare and smoking it. No wonder the club was snooker loopy.

Outgoing club president Jean-Louis Triaud ends his goodbye speech by lighting up some pyro and 'smoking' it, cementing his cult status pic.twitter.com/xy8OYPtWj6

The tail end of the decade is where the Bordeaux story starts to pick up steam. In 2018, Bordeaux, in what seems like a recurring theme, lose to a fourth tier side in the French Cup. The club then sack manager Jocelyn Gourvennec after the cup loss, coupled with the team sitting just above the relegation zone. In a show of solidarity, club captain Jeremy Toulalan terminates his contract.

January 2018: This is where things get spicy - Gourvennec is duly sacked after a disastrous start to the season sees us lying just above the relegation zone. Captain Jérémy Toulalan then terminates his contract out of protest

The club then hires Gus Poyet, who somehow manages to drag the club in Europe. However, in the summer of 2018, the club manage to burn whatever bridges thy had built with Roma. Star winger Malcom was jetting into Rome to finalise a deal with Roma, with fans waiting in the airport for his arrival. While the plane is in the air, Bordeaux accept a bid from Barcelona for the winger, with the club blocking the move to the Eternal City, not the player.

July 2018: Brazilian winger Malcom and his agent board a plane to Italy to finalise a move to Roma. While the plane is in the air, Bordeaux turn around and accept an offer from Barcelona all the while Roma fans wait for him at the airport. A masterclass from our board

That summer, Poyet is infuriated by the dearth of strikers at his disposal. He plays midfielder Younousse Sankhare up top in a Europa League qualifier to highlight the point. In the second leg, Poyet names Gaetan Laborde in his squad, yet despite specifically telling the board not to, the striker had been sold to Montpellier.

Poyet proceeds to go 90 in his post-match presser, cursing out the board for not having the "cajones" to tell him the truth. The press officer tries to wrap up the press conference, only to be told by Poyet "I decide when this ends, not you".

August 2018: Unsurprisingly, Poyet snaps and in his post match presser calls the club a 'disgrace' and that the board don't have the 'cojones' to tell him the truth. As the press officer wraps it up, he cuts her off: 'I decide when this it ends, not you'

Poyet was sacked immediately, and much like Jeremy Toulalan before them, the whole squad went on strike as a show of soldarity.

The club then try (and fail) to replace Gus with Thierry Henry, instead opting for club physio Eric Beduoet as interim manager. The club try to appoint former manager Ricardo Gomes, but the Brazilian's application for a manager's permit was rejected by the French manager's syndicate.

September 2018: We bring back former manager Ricardo to take charge only to have his application for a manager's permit turned down by the French managers' syndicate. Bedouet stays on the bench until February

Throughout these months, the club was involved in an ownership debacle, with their American owners promising a Champions League berth and an $80 million investment in the squad over the next three years. By the summer of 2019, they had spent just $7m.

In March 2019, Gus Poyet's guinea pig Younousse Sankhare was ruled out for several weeks due to complications with his beard implants. In the summer of 2019, the club's media team effectively ended Laurent Koscielny's relationship with Arsenal with a fairly ill-advised announcement video.

August 2019: Bordeaux's media team put the nail in the coffin of Laurent Koscielny's Arsenal reputation with this announcement video:https://t.co/GcXOhUHU5D

Remember the ownership debacle of earlier? Well, that continued into 2019. Fans decided to storm the pitch during a home game against Nimes as a protest against ownership. That show lit a fire under the arses of the Bordeaux players, who then score six goals after the restart.

In the boardroom, two of the majority shareholders in the club, GACP and King Street, are at war with one another. GACP sought a new partner to buy King Street's stake in the club, whereas King Street aimed to buy GACP's stake outright.

In the end, King Street ended up buying GACP's stake outright, meaning that GACP's promise of Champions League football went unfulfilled. At the moment, the club are floundering in 13th position in Ligue 1.

However, there are shoots of optimism that Bordeaux fans can cling to. They probably won't get relegated and they are managed by one of the sexiest silver foxes in world football, Paulo Sousa. 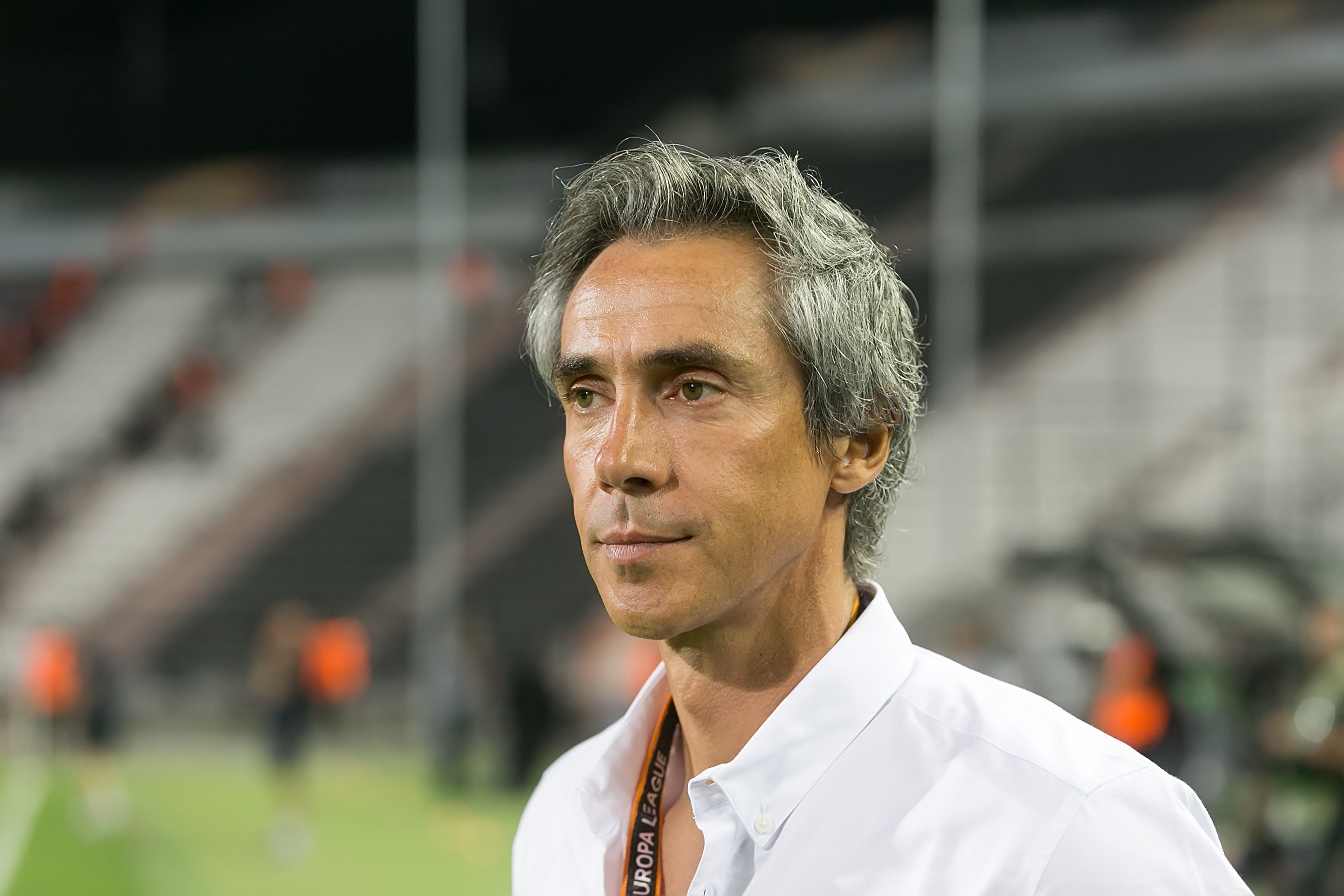 Thanks to Raphaël Jucobin for his insight into the chaos of FC Girondins de Bordeaux.