As if the staggering wages weren't enough; the planet's biggest sports stars are raking it in with sponsored Tweets.

Real Madrid's Cristiano Ronaldo tops the pile and apparently charges an incredible €230,366 for the privilege of promoting a product on Twitter. That's about seven times what the average Irish person earns in an entire year! Unsurprisingly there is a direct correlation between the amount of money charged and the amount of Twitter followers the person has.

Footballers make up seven of the top ten while USA based basketball players also dominate the rankings. There is also room for golfers, tennis players and the likes of Usain Bolt and Lewis Hamilton in the top forty. The strangest one might be the Manny Pacquiao profile which isn't verified by Twitter and appears to be fan run. If that's the case then I wouldn't want to be the person running it when Manny finds out...

Check out the full table below: 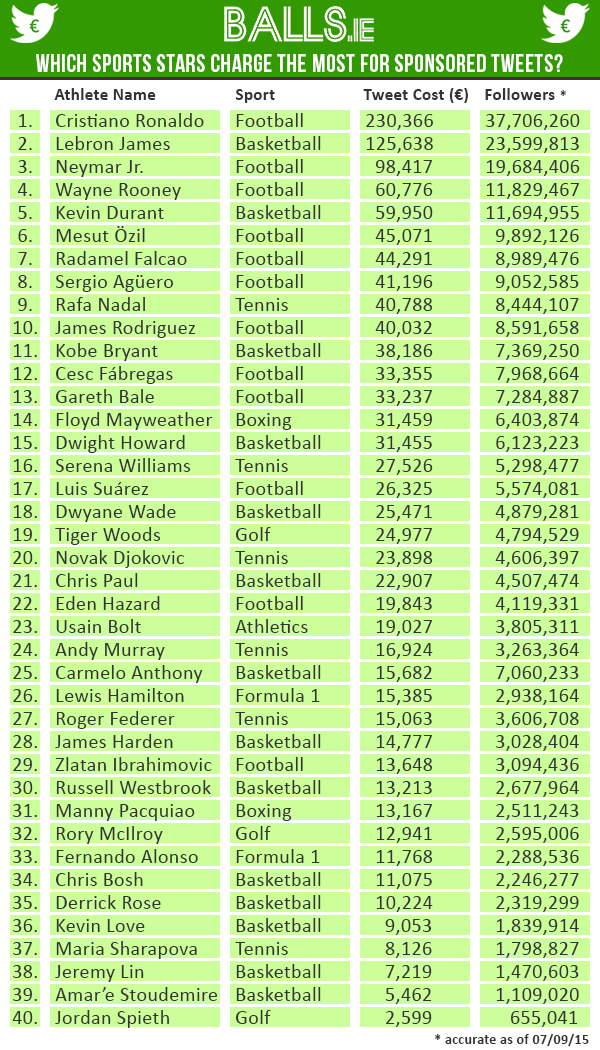