Rangers have won the Old Firm Derby 2-0, thanks to two goals from Connor Goldson.

Eight minutes into the game, Goldson opened the scoring with a header. While it was a great free-kick delivery - and clever of Goldson to start in an offside position before going back onside - it's a goal Celtic will not be happy to have conceded.

First off, their high line doesn't pay off because Shane Duffy drops early, leaving Goldson onside. And the header itself is one that Celtic's goalkeeper, Vasilios Barkas probably should have kept out.

Tavernier's delivery is excellent and Goldson times his run brilliantly to open the scoring!

Speaking on Sky Sports at half time, John Hartson said "It's just gone through the goalkeeper's body. He can get down and just get enough to push it around the post or even hold it. I know there's a bit of pace on the ball and it's zipped up off the surface, but still, that's a goalkeeping error for me."

Goldson's second goal then came eight minutes into the second half. He slotted home a rebound, after Shane Duffy had blocked his initial shot.

Rangers have 2 and Connor Goldson has 2! 🟦

What a day for the centre-back! 💥

And that was that. Celtic's performance was completely rudderless. They did not achieve a single shot on target in the entire match. Hartson described it as "a dire performance" after the game.

Rangers are now four points clear at the top of the table. It's the first time since 2009 that they've beaten Celtic twice in a row. 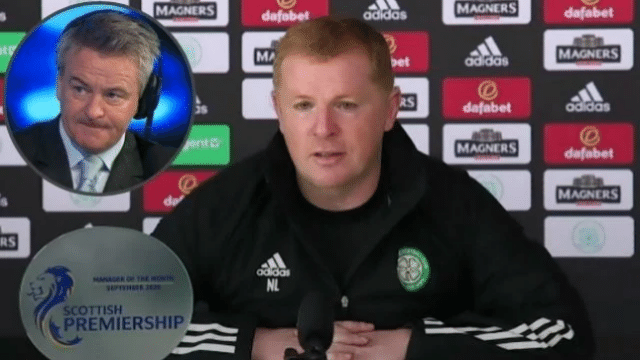