The January transfer window is nasty business altogether. We've been shouting on about it for the past couple of days but the incessant Alexandre Pato links to the likes of Liverpool and Chelsea have just come to sum up the perfect storm of shite that gets blown around the media at this time of the year.

And yet, having said all that, the transfer window can conceivably be the making of a season. Usually that would only concern club teams but with Euro 2016 on the horizon, there's every possibility that the moves that are made, or not made over the next couple of weeks could have a significant impact on how Ireland get on in France this summer.

With today's linking of Shane Long to Liverpool and Spurs there's been a bit of renewed Irish vigour in a transfer window that had seemed likely to revolve around whether Aiden McGeady would leave Everton. We're not expecting Long to leave Southampton but it did get us thinking about the ideal transfer scenarios that could play out with Euro 2016 in mind.

Given that some of those scenarios are significantly more important than others, we've broken things down into three separate categories.

Aiden McGeady - Anywhere that will allow him to be himself 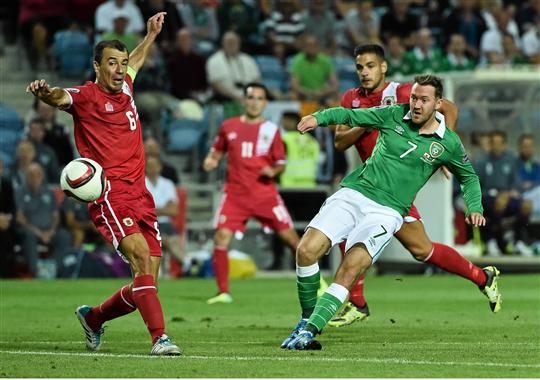 He needs games, he needs confidence and to be quite honest, it doesn't matter where it gets them. If ever there was a man that needed a move to help Ireland, it's McGeady. Martin O'Neill has been up front with his belief that McGeady needs to play if he's to make the squad and that's not going to happen at Everton.

The good news for McGeady is that it doesn't seem to matter where he gets those games. O'Neill wants to bring him to France but ideally he'd like a reason to bring him as well. Celtic is no longer an option but a loan deal, more than likely to a cash rich Championship side is still an option. He may not be everyone's cup of tea but he gives Ireland a different option and we'd love to see him get a run of games under his belt ahead of O'Neill's squad announcement. 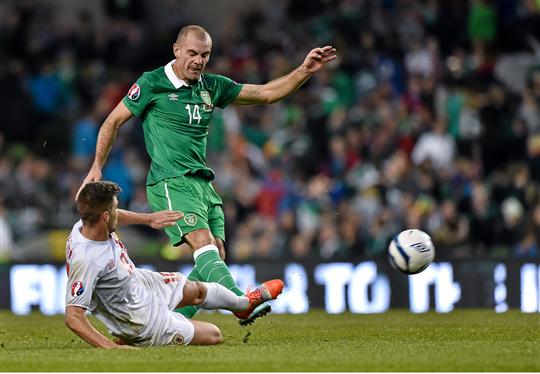 It's necessary for Gibson, it's less necessary for Ireland when you consider that he's well down the pecking order for midfielders as things stand. We've looked at Ireland's midfield options in depth and if Gibson is to make the 23 man squad, he'll have to overcome at least one of Harry Arter and/or David Meyler.

With Arter impressing for Bournemouth and Meyler doing likewise for Hull, Gibson really has his work cut out for him. Like McGeady, he won't be playing for Everton and like McGeady, he's been told he can leave on loan to help his Euro 2016 prospects. Unlike McGeady it seems Premier League clubs may be willing to take a chance on him. Villa and Sunderland have been registered with an interest and if Gibson can go to either side and help them escape relegation, it's not an impossibility for him to force his way into O'Neill's plans.

Stephen Ward - A Championship club that needs a left back 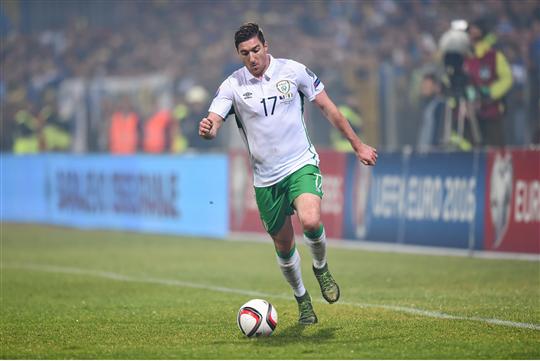 A couple of weeks ago this would firmly have been in the 'Necessary' category but given that Ward has recently fought his way back into the Burnley starting XI, his placing here at all is entirely dependent on how things play out over the next couple of weeks.

Ireland are woefully short of quality defensive cover. Granted, we may have shut out Germany but a lot of that had more to do with adrenaline and desire than it did quality defensive play. Stephen Ward and Cyrus Christie did exceptionally well that night but the reliance on Ward against Bosnia in Zenica showed how short of options we were.

The Robbie Brady experiment swings between 'great idea' and 'get him out of there' every other game and Ward may well be our most solid left back option. We need him playing and if that's not at Burnley then any Championship club would do nicely. 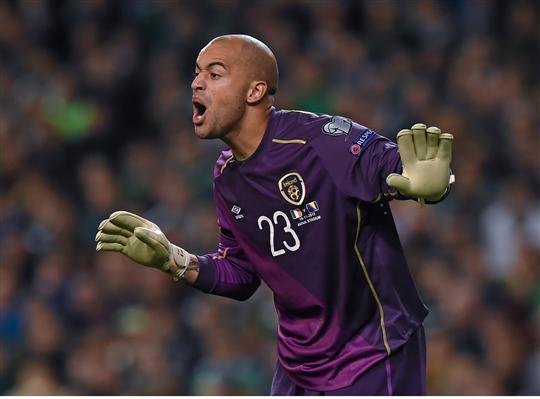 As things stand, we're still not sure who Ireland's number one keeper is. It was likely to be Shay Given up until that game against Germany. Darren Randolph came out of nowhere just before half time and made himself a hero and yet he, like Given, is a Premier League substitute.

It's unlikely that Randolph will leave West Ham and with Slaven Bilic trusting him to start in the FA Cup against Wolves last week, he may well be given enough minutes to satisfy Martin O'Neill before the summer but in an ideal world he'd be starting week in week out and there'd be no doubt about our starting keeper in the summer. 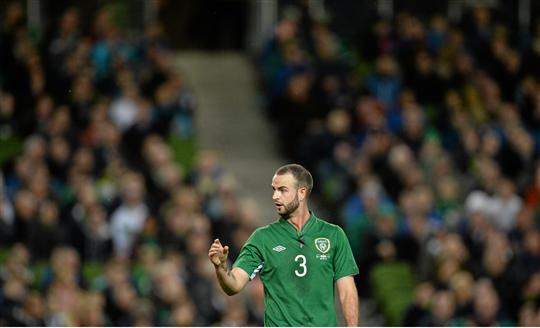 We're still not convinced about Marc Wilson's best position and you'd have to think that Martin O'Neill shares that sentiment. Wilson's versatility means he will be on the plane but it also means that there's no starting position for him. Likewise at club level, his 'master of all trades' reputation has meant he's been unable to carve out a regular position in the Stoke team.

He's been stuck making do with cup appearances for quite a while now and it's far from ideal going forward. If he moves to a Premier League rival he could potentially push for a starting spot either at left back or in the centre but if he sticks around at Stoke, it certainly won't be the end of the world in terms of his chances of making the squad. 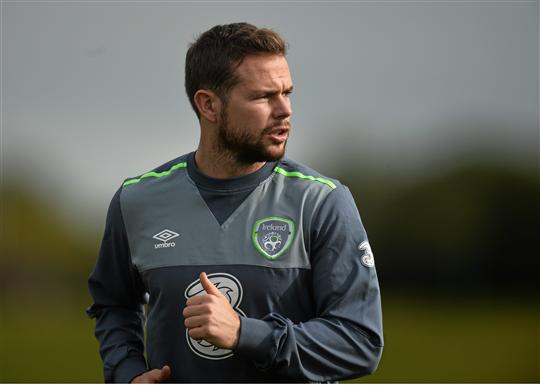 The man that all the Championship teams want. Or if not all then at least a significant number. Brentford want him to sign a new deal but Sheffield Wednesday and Burnley have both had bids rejected already this month. He's been one of the Championships stand out performers this season and Martin O'Neill has already confirmed that he will be given the opportunity to impress in the March friendlies.

The form that he takes in to those games could be absolutely crucial. With Wes Hoolahan and Harry Arter both ahead of him in the creative central midfielder role, he'll have to do a lot make it into the final 23 but if he can move to Burnley for example and push them towards the Premier League, it will certainly give O'Neill something extra to think about. Having said that, he's already playing so well for Brentford so he could do an awful lot worse than sit still at the moment and reassess his options in the summer. 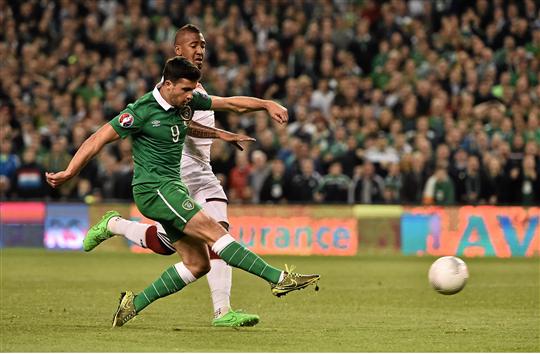 It wasn't on anyone's radar before this morning but now it's all we can think about. It may still seem unlikely but the more we mull it over the more it seems to make perfect sense. Klopp wants a striker who can lead the line, run in behind, bring midfielders into the game and, crucially, defend from the front. He also needs him to hit the ground running and he could do an awful lot worse than Shane Long.

It probably won't happen but if that was to, Ireland would be heading to the Euros with a striker playing regularly in his favoured position for Liverpool as opposed to playing intermittently out wide for Southampton. His recent goalscoring form has proved that it certainly wouldn't be the end of the world if he's to stick around at St. Mary's but a move to a club like Liverpool could only be a positive development.

We won't bank on it happening but it certainly would be something to push the hype that little bit higher in the build up to the big kick off in June.

See also: The Irish Youngster To Keep An Eye On From Every Premier League Club