Manchester United and Nottingham Forest play in this evening's FA Youth Cup Final - but there is scant interest in the fixture from an Irish perspective.

However, a number of promising young Irish footballers to have played in the FA Youth Cup final over the past 27 years.  In 1995 alone, there were five Irish players involved in the fixture. We've decided to take a look at all the Irish players to appear in the biggest fixture in underage youth football in England since 1995, and how they fared after their youth success. 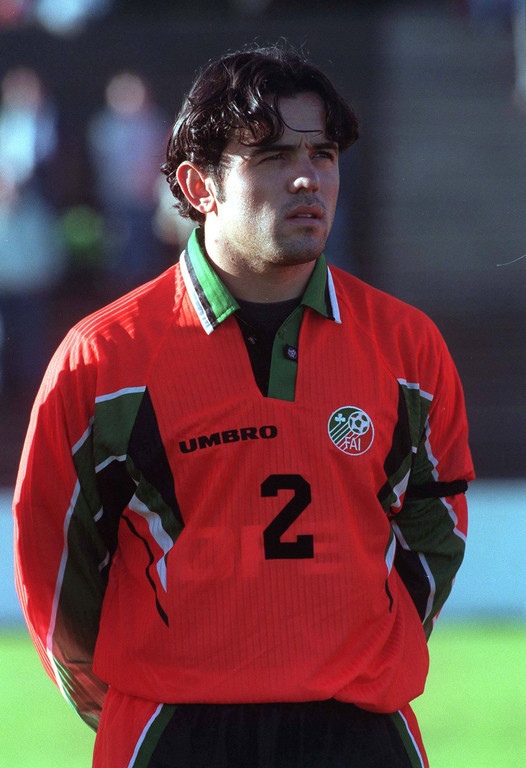 The Spurs team beaten on penalties by Man Utd in the 1995 FA Youth Cup final contained no less than 5 Irishmen.

Dubliners Stephen Carr and Ross Darcy were joined by a trio of English born players Neale Fenn, Peter Gain and Kevin Maher. All 5 represented Ireland up to under 21 level with Carr going on to play for the senior team. Darcy's career was cut short by injuries but the rest all had long careers as players, if not at the top level in England. Fenn has recently been sacked as manager by Cork City, while Maher is a coach with Bristol Rovers.  Carr played nearly 400 games in the Premier League and captained Birmingham City to the League Cup in 2011. He was twice voted in the PFA Team of the Year.

The two Irish youth international involved were goalkeeper Alex O'Reilly and Lee Boylan. Both English born players would go on to have careers in the lower reaches of English non league football.  O'Reilly represented England at beach football and Boylan would go on to play for England C. 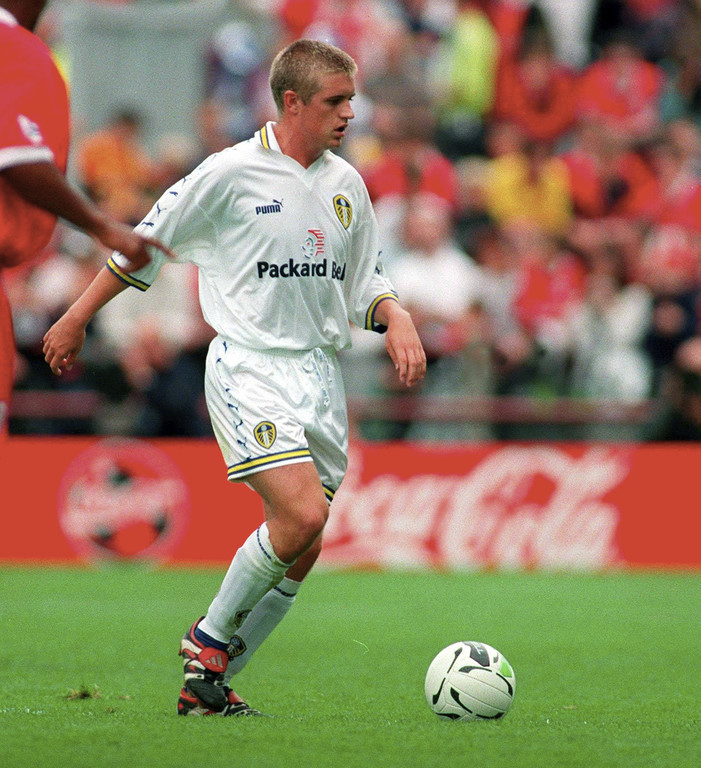 Our first FA Youth Cup winners come from Leeds United where three Irish featured in their win over Crystal Palace. Stephen McPhail and Alan Maybury went on to represent Ireland at senior level with Damian Lynch having a fine career in the LOI. McPhail is currently sporting director at Shamrock Rovers.

The Palace team contained Galway man Tony Folan who would go on to play for Brentford, Bohs and Galway before a succession of injuries forced him out of professional football. Waterford native Richard Kennedy played in England, Wales and here at home. He’s a personal trainer here. Future Ireland international Clinton Morrisson lead the line for Palace. He'd earn 36 senior caps after declaring for Ireland in 2000. 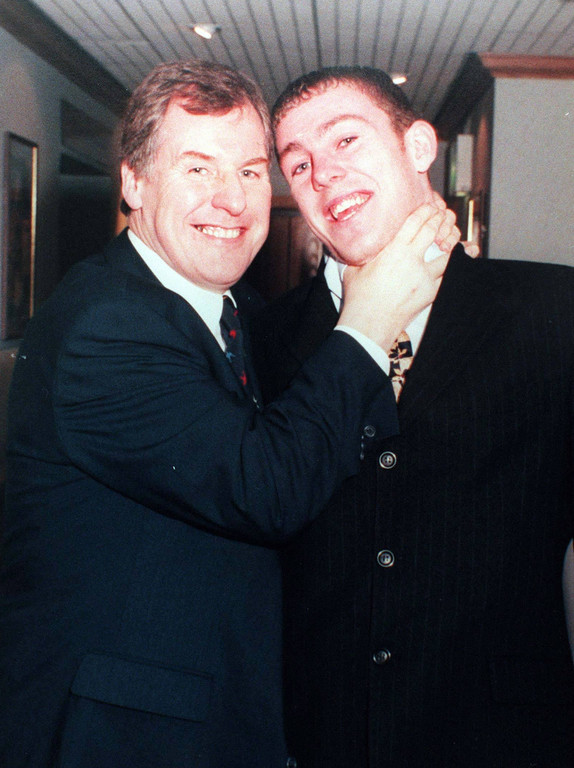 The winning Everton team of 1998 contained two lads from Dublin. Goalkeeper Dean Delaney would go on to have a long career in the LOI. Richard Dunne would go on to be one of our best defenders in a generation, play over 600 times in England, win 80 caps and earn iconic status for one performance in Moscow.

The losing Blackburn side contained Peter Murphy who won his solitary cap on the US tour of 2007 during a 12 year career with Carlisle. He's currently manager of Annan Athletic in the Scottish League Two. 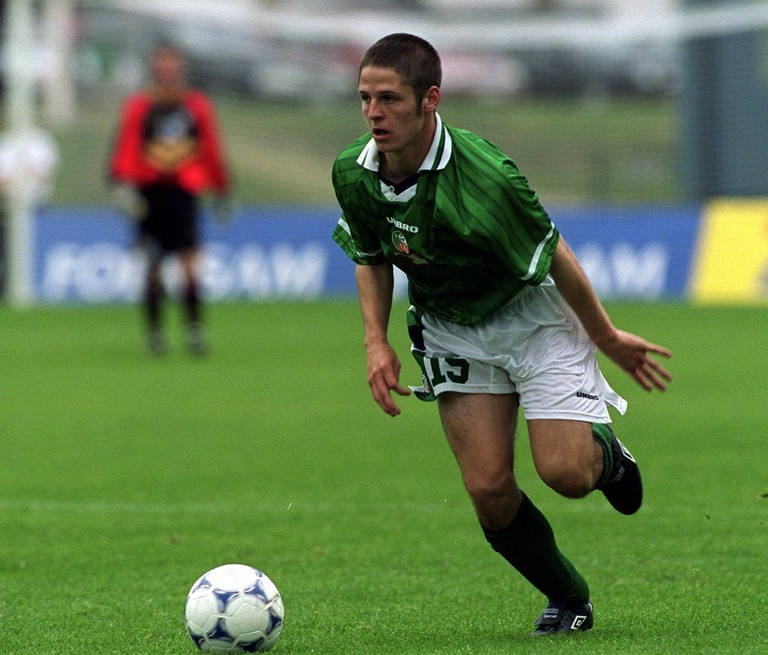 A pair of Grahams represented Arsenal and Ireland in 1999. Goalkeeper Stack's long career included only League Cup appearances for Arsenal. Striker Barrett managed a couple of Premier League appearances for Arsenal early on but spent the rest of his decent career elsewhere. He scored twice for Ireland as he earned 6 senior caps between 2002 and 2004. They beat Coventry in the final.

Three years before making his U-21 debut for Ireland, Jonathon Walters was part of the Blackburn team beaten by Arsenal in the 2001 final. No one could argue that Walters worked hard for every minute of his long and successful career. He went on to score 14 goals in 54 appearances for the senior Ireland team. 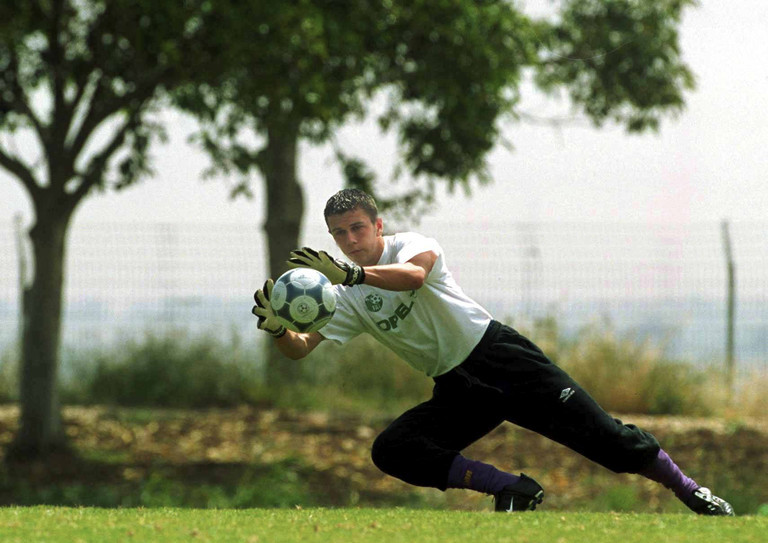 The winning Aston Villa team of 2002 had 3 Irish men in it. Steven Foley-Sheridan's career never took off due to injuries (he also played in the 2004 final for Villa as they lost to Middlesbrough) while Peter Hynes drifted out of the LOI in his mid 20s. Goalkeeper Wayne Henderson played 6 times for the Ireland team but he too had his career cut short in 2011 due to a succession of injuries. 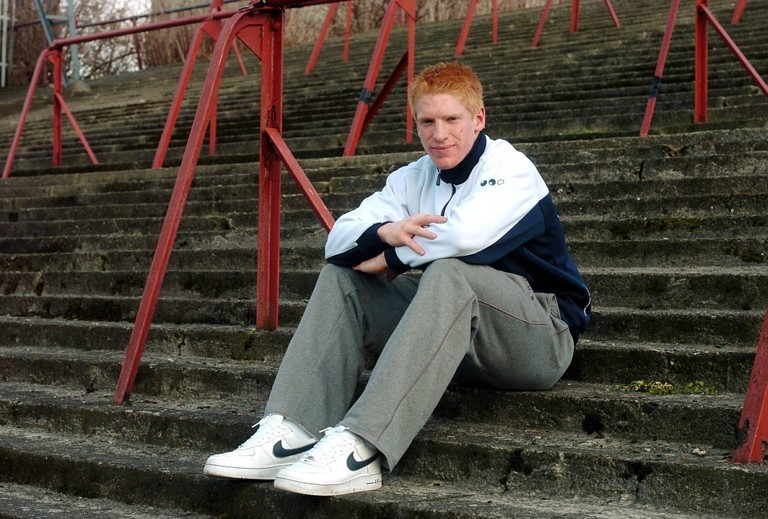 Winning side Manchester United had a boy from Wicklow at the heart of their defence and Paul McShane would go on to have a terrific career with Sunderland, Hull and Reading. Incredibly, McShane re-signed for United as a player-coach for the under-23s last summer. 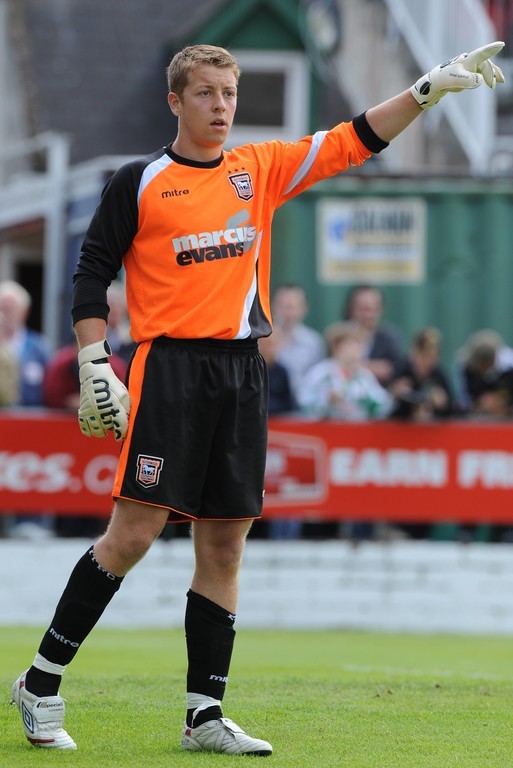 No recent winner of the FA Youth Cup had more Irish men in it than Ipswich Town in 2004-05. In goal Shane Supple made an early breakthrough with Ipswich but retired from pro football in 2009 having grown disillusioned with the game.  After starring for Crumlin United in the LSL, he was tempted back into the paid ranks by Bohemians in 2016 before injury forced him to quit in 2018.

Owen Garvan also made the breakthrough and made over 200 appearances in the Championship before drifting down the leagues. He last played for St Patrick's Athletic in 2018 before announcing his retirement in 2020. Dubliner Michael Synott and Corkman Cathal Lordan had brief spells in the LOI before leaving professional football early on. Lordan is a coach with Cork City's academy teams.

On the losing Southampton team, Dublin-schooled Leon Best starred alongside Gareth Bale, Theo Walcott and Adam Lallana. He went on to win 7 caps for Ireland in a long and successful career.

Liverpool won the Youth Cup in 2006 with Stirling-born Jimmy Ryan in midfield. Ryan would go on to play for Ireland U-21s and is now a free agent after a spell with Rochdale.  The losing Manchester City side contained three Irish lads who didn’t make the breakthrough in England. Michael Daly played a bit in the LOI but is playing in the Leinster Senior league now, Karl Moore retired in 2020, and Gary Breen is currently with Dungannon Swifts.

Liverpool again won the title with Jimmy Ryan. They beat Manchester United on penalties with Christy Fagan and Conor McCormack on the United side (Fagan scored in the shootout). Both have won a lot of medals in the League of Ireland with McCormack still playing for Galway United. Fagan became a hero for St Pats fans when scoring the winning FAI Cup goals in 2014 but struggled with injuries after that. He hasn’t played in a couple of years now. 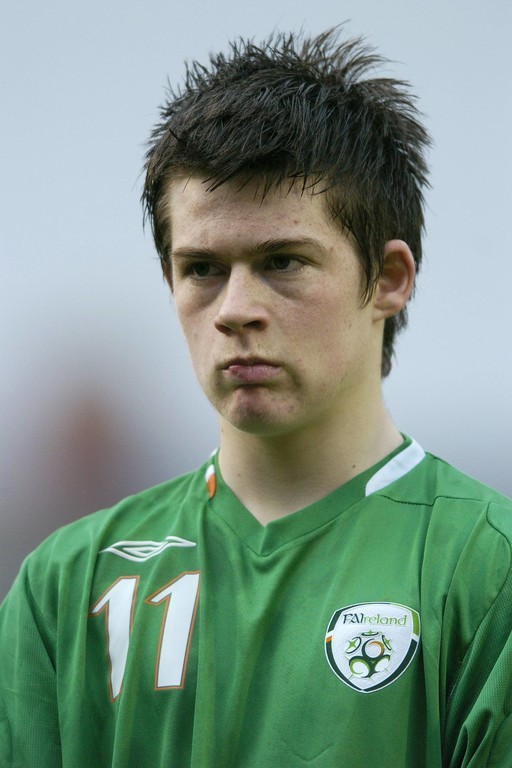 Manchester City won with Dubliner Donal McDermott in the side. He never really established himself at any club after that (including winning a league title in half a season with Dundalk) and last played for Swindon in League Two in 2018.

Arsenal beat Liverpool in 2009 with the help of two lads who represented both England and Ireland at underage level. Rhys Murphy is currently with Southend United while midfielder Conor Henderson last played in Bulgaria with Pirin Blagoevgrad. 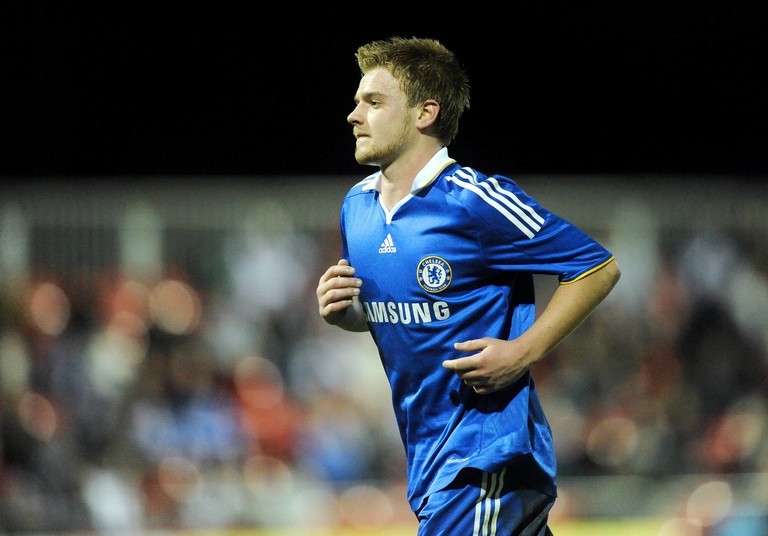 Conor Clifford might be the most high-profile Irish FA Youth Cup winner. Captain of Chelsea, he scored the winning goal in 2010 against Aston Villa. Twice called into the Ireland senior squad despite limited experience of first team football, Clifford quickly dropped down the leagues in England before returning home to play in the LOI. He’s currently with Bray.

An unused sub in both games for Chelsea was Brendan Rodgers’ son Anton who played under 18s for the Republic of Ireland. He’s currently playing for Basingstoke Town.  The losing Blackburn side contained Derrick Williams, who’s in the MLS and a full international and Daniel Devine, who plays junior ball in Dublin. 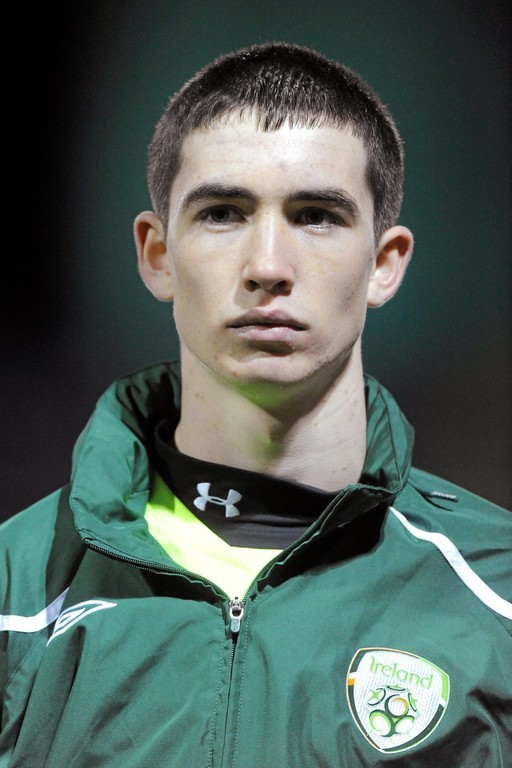 The winning Manchester United defence of 2011 was anchored by a pair of English-born Ireland underage stars. Sean McGinty went out on several loans before playing non-league football in England. He’s now with Ayr United in the Scottish second tier.

Michael Keane didn’t make the breakthrough at United but he’s now a regular with Everton and switched to England, where he’s a squad regular.

Keeper Joe Coll (pictured) was an unused sub and was combining junior football and gaelic football in Donegal recently. Wicklow’s Aaron Barry was on the losing Sheffield United team and he played with Bray Wanderers last year. 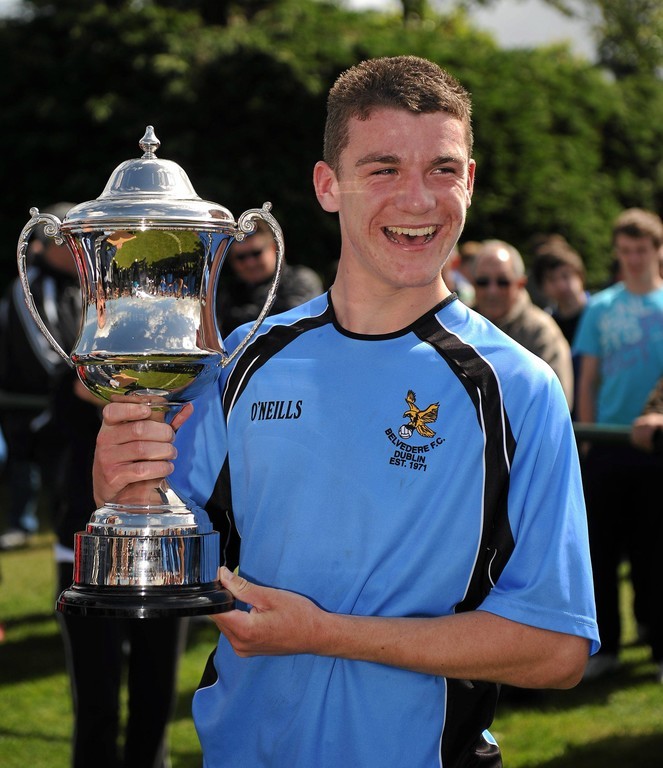 Chelsea beat Blackburn in the 2012 final with midfielder John O’Sullivan starting both games for the Lancashire side. He’s currently with Accrington Stanley in League One. Darragh Lenihan was a sub in the first leg and his career has fared better. Still with Blackburn, he’s regularly captained the side, and has won 2 caps for Ireland. 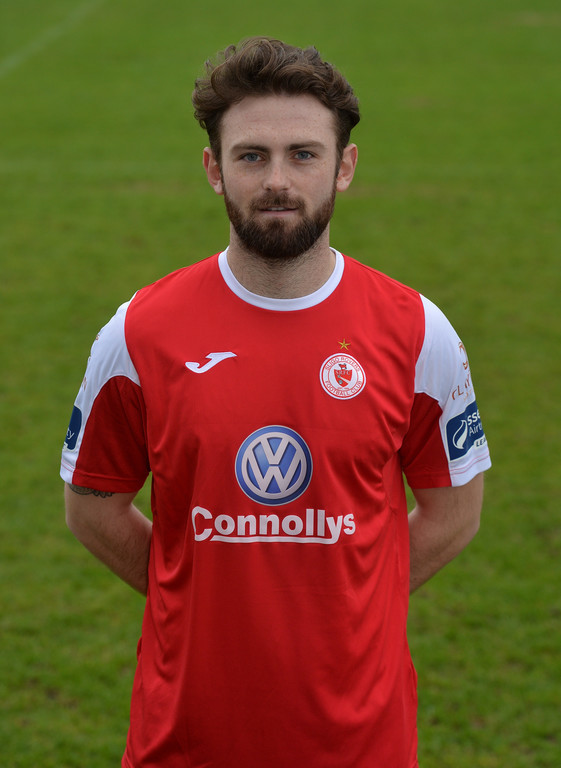 The losing Fulham side of 2014 (Chelsea won again…) had two Irishmen. Dean O’Halloran from Waterford left England without making an appearance. He’s played for Bohs, Waterford, Bray and Galway in the LOI, leaving Galway in July of 2020. Noe Baba was among the most highly rated youngsters in the past decade to come out of Ireland.  He too played for Waterford but currently plays for KFC Uerdingen in the German fourth division.

In 2017 Chelsea beat a Manchester City that included Tyreke Wilson at left back. Tyreke has just finished his first year in the League of Ireland, and excelled with Waterford. He signed for Bohemians for 2021, and is now a regular in the starting lineup. 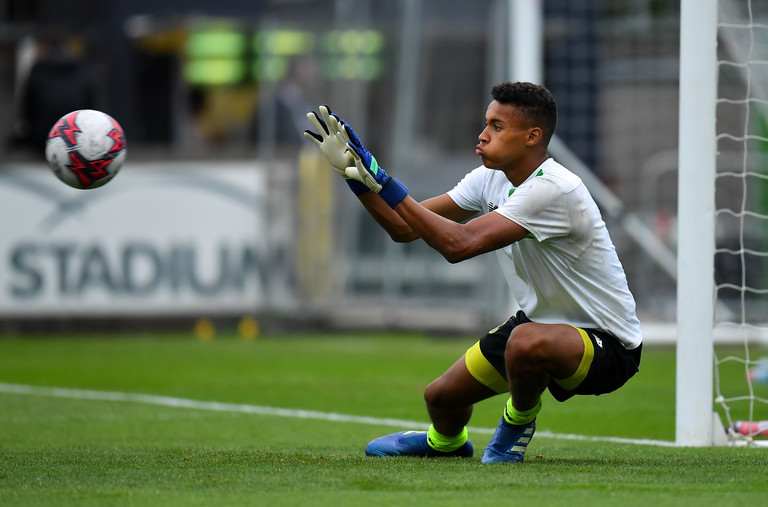 Gavin Bazunu was an unused sub for Manchester City as they lost on penalties to Liverpool in 2019. He would subsequently go out on loan to Rochdale, and has spent the last year on loan at Portsmouth.

In the meantime, he has established himself as the first-choice #1 for Ireland's senior team, winning seven caps for Stephen Kenny's side and becoming a real fan favourite for his performances in goal. 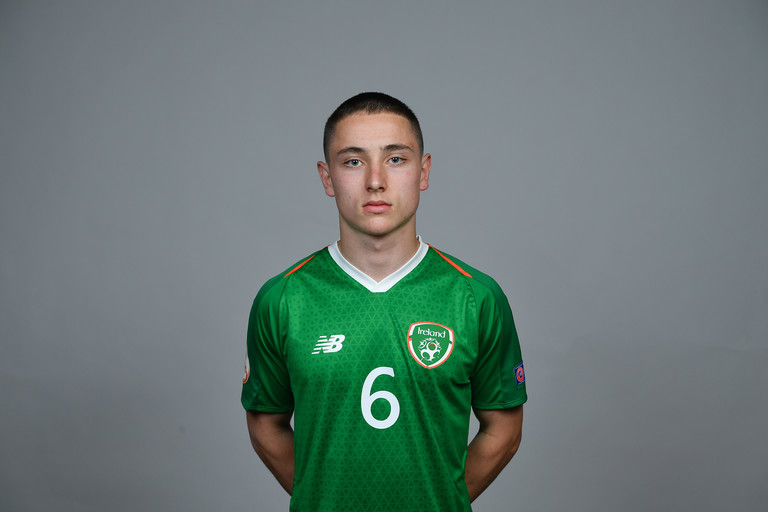 As for Joe Hodge…the midfielder scored a great goal in the 2021 semi final for Man City and has spent the last season on loan with Wolves.

He is yet to make a senior appearance for club or country, but has represented Ireland as far as U19 level, and was called up to the U20 squad in March. 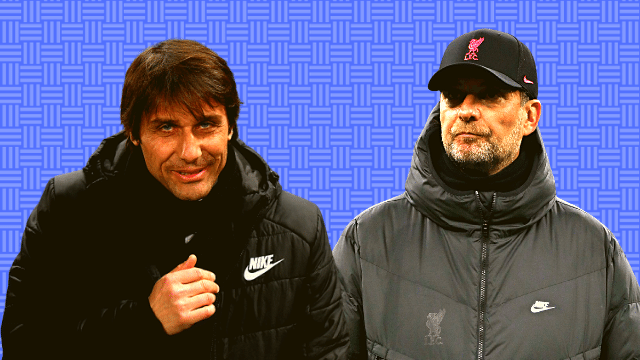 Football
6 days ago
By PJ Browne
The Stars Of Sunderland Til I Die Season 2: Where Are They Now?
Football
1 week ago
By Eoin Harrington
'Ronaldo Is A Cod' - Remembering Eamon Dunphy's Infamous 2008 Rant
Football
1 month ago
By PJ Browne
Katie McCabe Bringing Arsenal Standards To Ireland Squad
Previous Next