Liverpool host West Ham at Anfield this Saturday and to mark the occasion we've made a cult heroes XI combining the biggest cult legends to play for Reds and Hammers in the Premier League.

The match kicks off at 3pm on and is live on Setanta Ireland so we can find out who of the current bunch could go on to be future cult heroes. 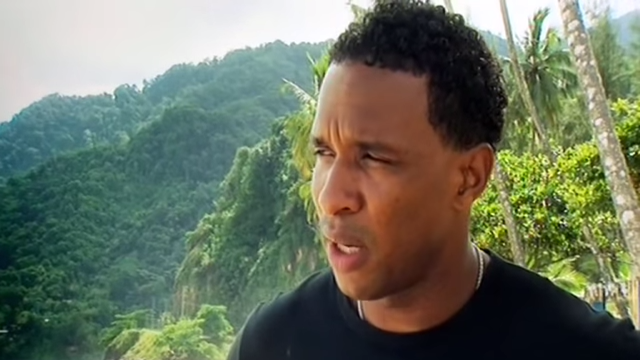 The gangly Trinidad and Tobago keeper played for West Ham from 1998 to 2002 and his time at the club was a perennial mixture of the sublime and ridiculous. Hislop kept five clean sheets in twelve games in 2002, but also shipped five to Everton and seven at Blackburn. He later returned to the club briefly and played in the 2006 FA Cup final defeat to Liverpool. 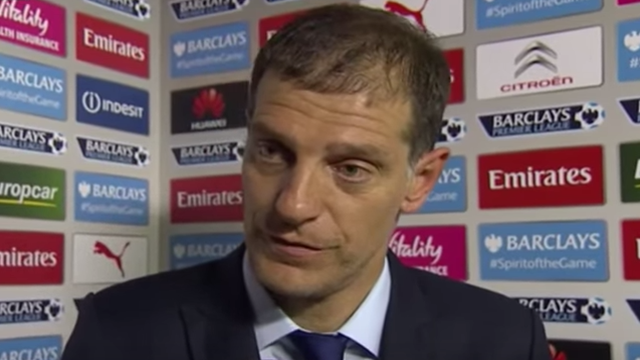 The West Ham manager was a popular choice for the role due to his cult hero status from his playing days at Upton Park. The no-nonsense right-back was known for his heavy smoking habit and love of rock concerts during his playing days. He also has a law-degree and played a vital part in the Hammers win over Spurs on his debut in 1996. 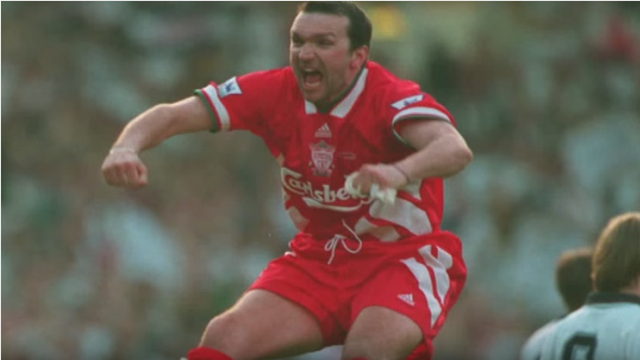 Razor is one of the greatest cult heroes in Premier League history, and he also played for both clubs. Razor blurred the line between tough-tackling and leg-breaking during his 17 year career and is undeniably one of the hardest footballs' great hard men. Ruddock was known for volatile behaviour and appearing overweight throughout his career.

The versatile Croatian spent the majority of his Anfield career on the bench but when he played it was usually in big wins over top sides such as famous victories over Manchester United and Arsenal. He finished his Liverpool career in fitting fashion by failing to make it on the field during Liverpool's 2005 Champions League final win over AC Milan, but he left the club with a winners medal. 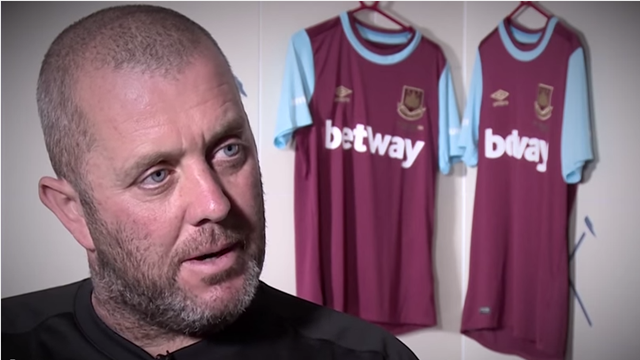 The definition of a no-nonsense defender and he's also one of the best penalty takers the Premier League has ever seen. Dicks is the first player to feature for both Liverpool and West Ham on the list, but it's at the latter he attained his status as one of the club's greatest ever cult heroes. He's now part of the Hammers cult management team as Slavin Bilic's assistant. 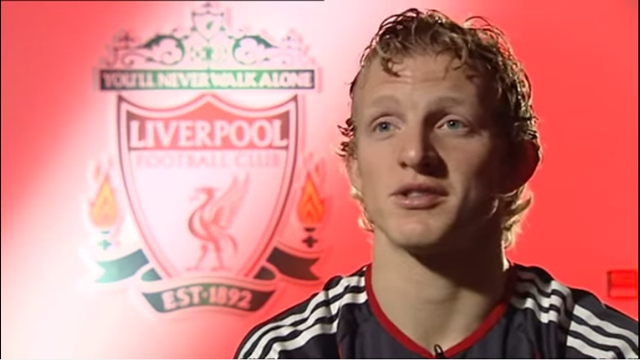 Kuyt was the definition of an unsung hero during his time at Anfield. Though the Dutchman was far from the most talented player to don he Liverpool shirt, he is still adored by the Kop for his committed performances and the tireless effort he put in on the field. His 2011 hat-trick against Manchester United from a combined six yards epitomised his Reds career.

Momo was the tough-tackling midfielder that couldn't do anything else at Liverpool and he became a fan favourite due to his committed 110% performances and solitary goal during his three years at the club. He out-muscled the Barcelona midfielder on the way to the 2007 Champions League final before moving to Juventus and then PSG. Momo is often referred to as the type of steely player Liverpool have missed since. 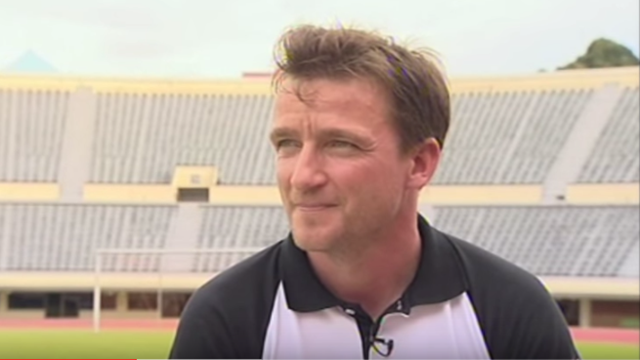 The Czech midfielder was a solid, but inconsistent squad player during his six years at Liverpool. However he cemented his place as a Liverpool cult legend in the 2005 Champions League final. Smicer was told before the match that his contract would not be renewed, however he scored the second goal of their comeback after coming off the bench and dispatched his penalty in the shootout. 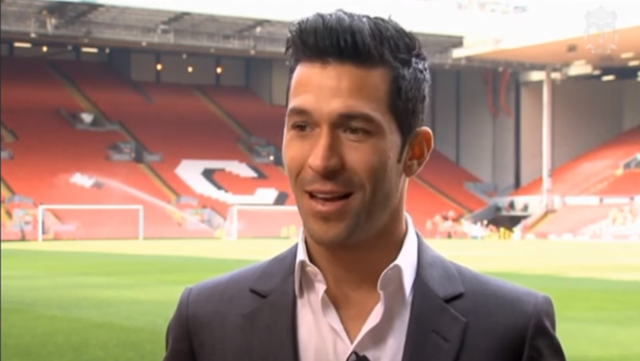 The diminutive Spaniard loved to score big goals in big games, but rarely seemed to score in any others. In his debut season Garcia was responsible for the winner in the Merseyside Derby and six goals in Liverpool's Champions League winning campaign, including the winner against Juventus, and the famous "ghost goal" in the semi-final win over Chelsea. 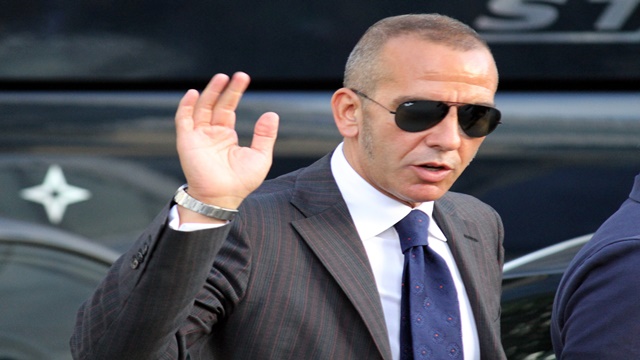 Charismic, controversial and an undeniably huge talent. Di Canio among the charismatic footballers to ever play the game, and it may have cost him the big move that matched his ability. Be it exquisite goals such as his scissor kick against Wimbledon, pushing referees or promoting fascism, there was never a dull moment when Paulo was on the pitch. He cemented his place as a cult hero as he cried when leaving West Ham. 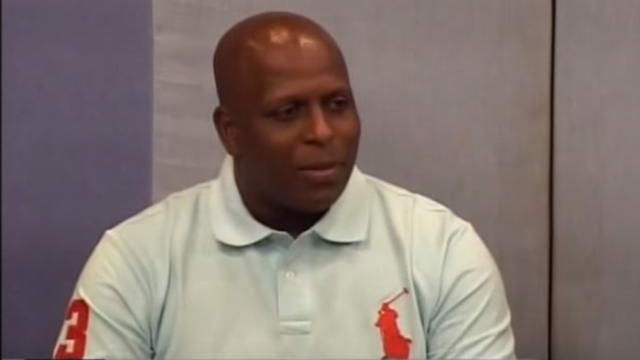 The Guinean striker is the third player on the list to play for both clubs but while he's known as one of West Ham's worst Premier League performers, he's one of Liverpool's great cult heroes. Known for his huge love for the club, he scored the winning goal the morning after his father died and celebrated in tears in front of the Kop, a goal that was ironically against West Ham. He's 91st on Liverpool's website for 100 players who shook the Kop. 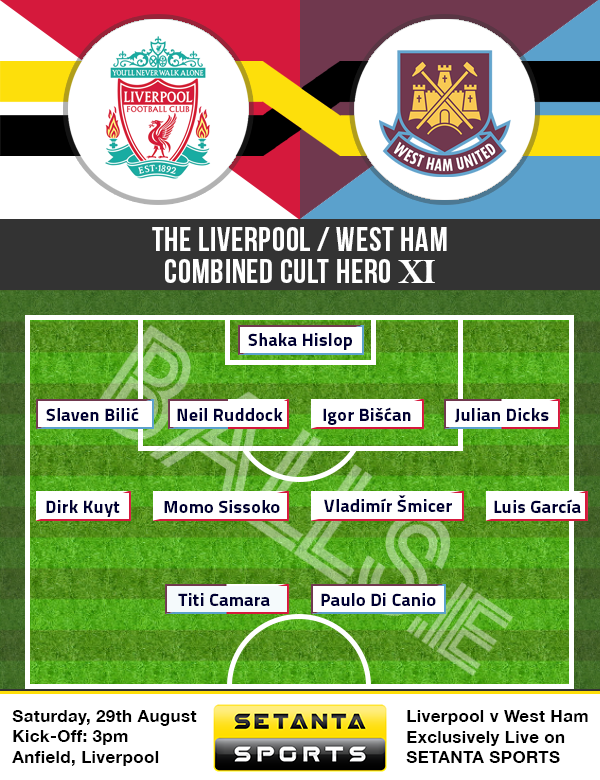